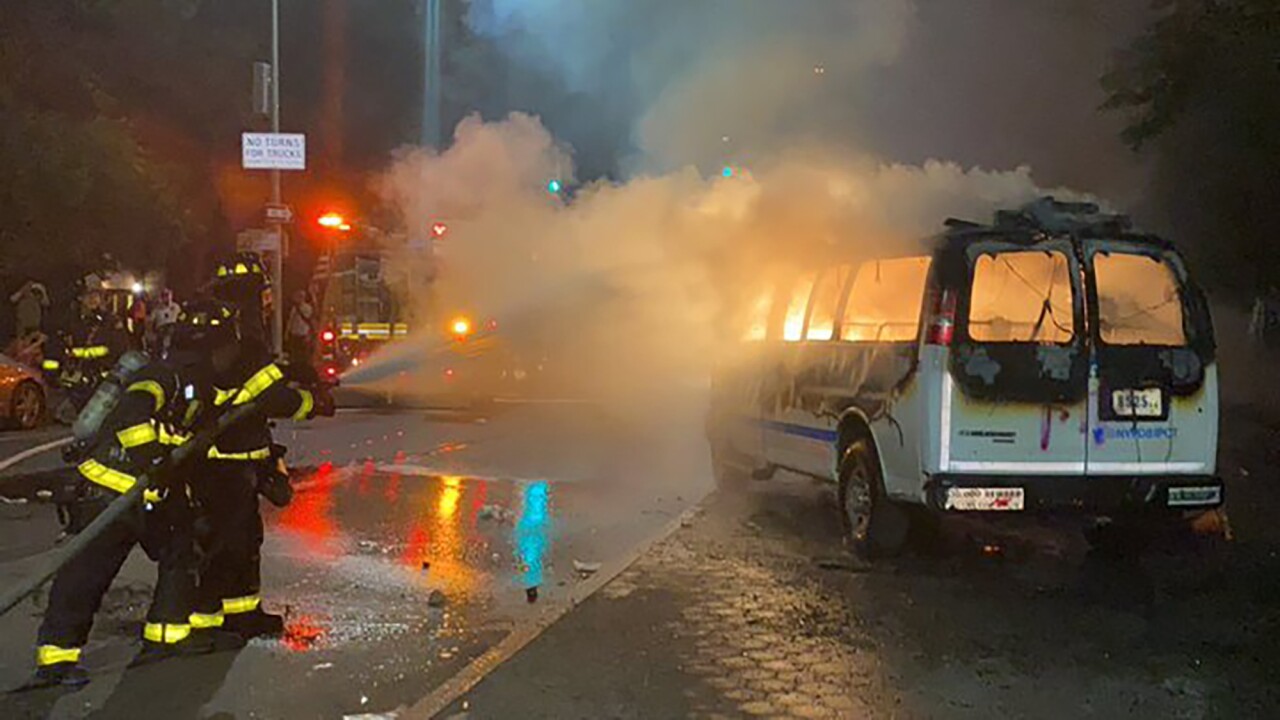 Khadijah
Khadijah/AP
Firefighters work to contain the flames from a New York City Police Department van in Brooklyn on Friday, May 29, 2020.

NEW YORK — The Office of the U.S. Attorney for the Eastern District of New York says it is filing federal charges against an upstate New York woman with four counts of attempted murder after she allegedly threw a Molotov cocktail at a police van on Friday during anti-police brutality protests.

The NYPD says Samantha Shader, 27, threw the Molotov cocktail at the rear window of a van while it was parked near Prospect Park, around 10:40 p.m. on Friday. Officers were able to get out of the car before it caught fire.

Shader also allegedly bit one of the officers in the leg while she was being taken into custody.

Her sister, 21-year-old Darian Shader, tried to interfere with the arrest, police said. She was taken into custody and charged with obstructing governmental administration and resisting arrest.

Samantha Shader is charged with four counts of attempted murder of a police officer, attempted arson, criminal possession of a weapon and reckless endangerment.

Both women are from Catskill, New York, which is roughly 130 miles from Prospect Park.

About 3,000 people descended on the streets of Brooklyn Friday to protest the police custody killing of George Floyd in Minneapolis, Minnesota. Floyd died in police custody on Monday after bystander video showed officers kneeling on his neck for several minutes.

This story was originally published by Mary Murphy, Stephen M. Lepore and Lauren Cook on WPIX in New York.