What happened to No. 80: Football player disappears in viral video 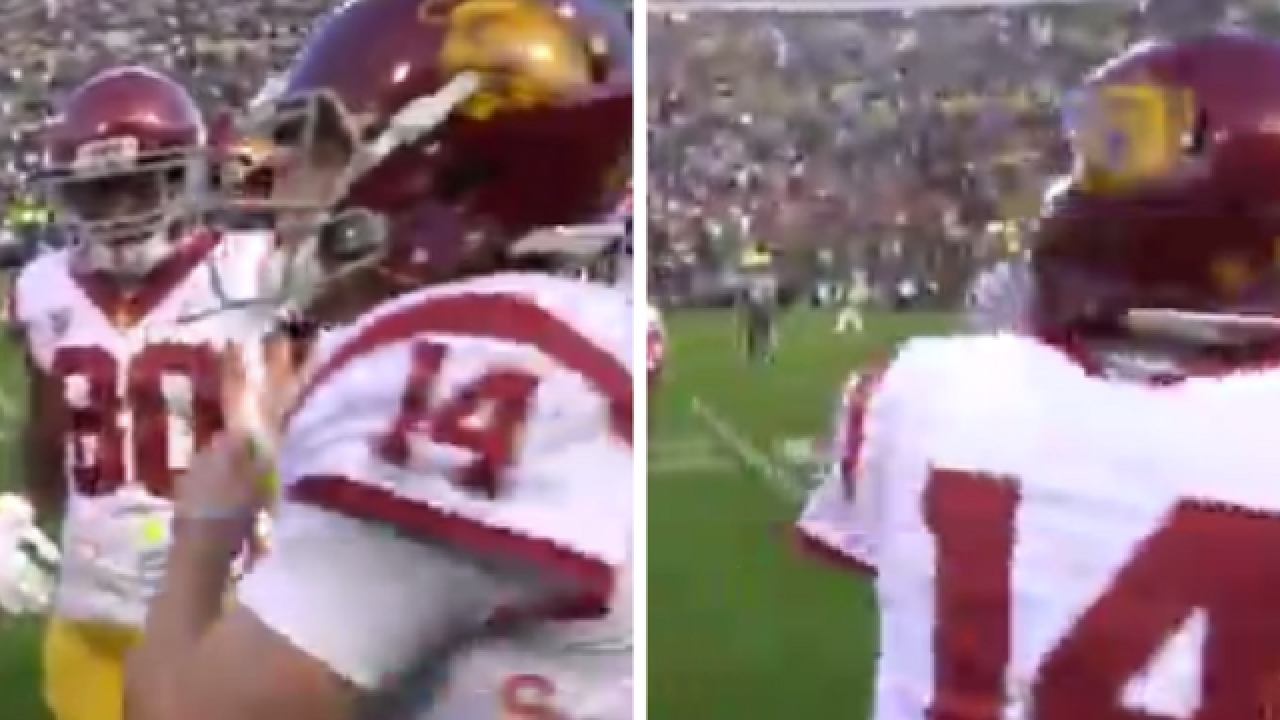 Copyright 2017 Scripps Media, Inc. All rights reserved. This material may not be published, broadcast, rewritten, or redistributed.
<p>What happened to No. 80? (Twitter)</p>

The Southern California football team pulled off one hell of a magic trick earlier this month, even if they didn't mean it.

The internet ate it up — not because of the handshake, but because a bystander, No. 80 Deontay Burnett, seemingly disappears into thin air during the course of the clip.

"OK, I have watched this 20 times and I cannot figure out what happens to #80. Dude just disappears like he was never there," said Twitter user Brett Taylor.

Taylor's tweet has been retweeted more than 13,000 times in just over 24 hours.

Wherever Burnett is now, he must have internet access.