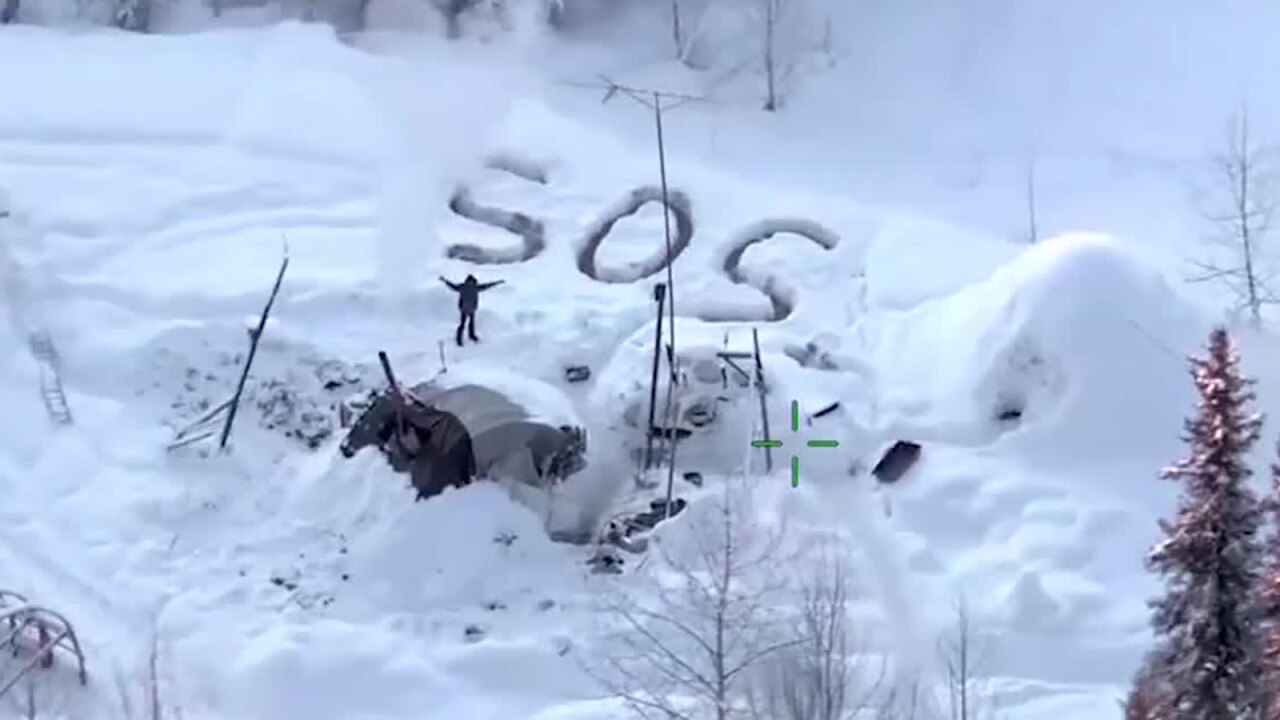 SUSITNA VALLEY, ALASKA — A young man from Utah survived more than three weeks after his cabin burned down in mid-December.

Tyson Steele, 30, said he had been living alone since September in a remote area of Alaska.

The roof of Steele’s cabin caught fire very early on December 17 or 18.

Steele attributed the fire to a spark from his wood stove landing on the roof.

"It’s 1 or 2 in the morning and I’d been awakened to a cold cabin, right?" Steele said. "So, it takes me a while to go back to sleep. And drip, drip, drip — there’s fiery drips of plastic coming through the roof above me. So, I go outside to pick up some … snow and I just see that the whole roof’s on fire."

He managed to grab a handful of supplies, but most of his possessions, and his dog, Phil, didn’t make it.

Steele spent his first two nights in a snow cave before putting together a makeshift shelter with remnants from his burned down cabin.

"Last night’s meal was probably one of the worst. I was leaving the burned-off stuff for the last," Steele said. "And last night’s dinner was a can of plastic-smoked refried beans. No hickory, no mesquite; it’s Class A waterproof tarp."

Alaska State Troopers responded to a welfare check January 9, where they found an “SOS” message stamped in the snow next to the makeshift shelter Steele had built.

He was transported via helicopter to the Alaska State Trooper’s Aircraft Section Hangar at Lake Hood.

Rescuers set him up with a shower and fulfilled his request for a McDonald’s Combo Meal #2.

Steele says he plans to return to Salt Lake to be with family for the time being, but will eventually return to Alaska.

"They’ve got a dog,” he said smiling, but with a look of sadness in his eyes. “And that would be some therapy."

This story was originally published on KSTU.