US and Taliban reach agreement 'in principle' on Afghanistan, envoy says 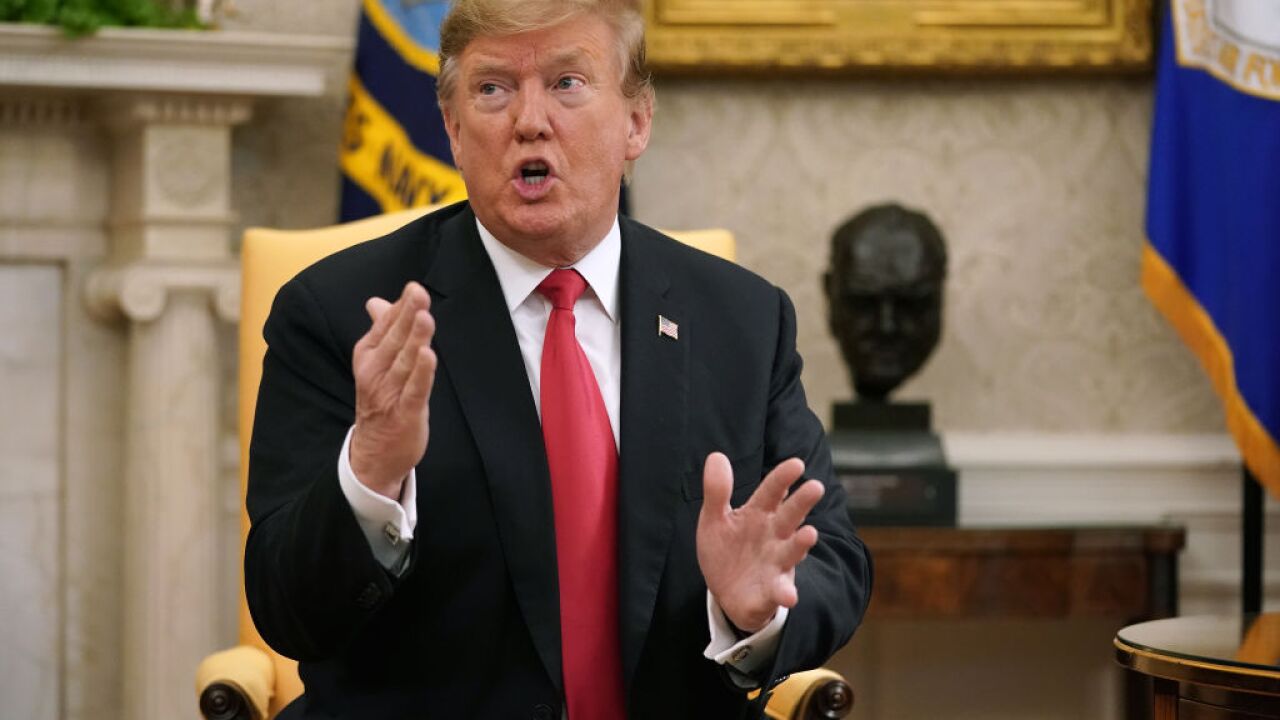 President Donald Trump' s special envoy for Afghanistan said Monday that the US and the Taliban have reached an agreement "in principle," pending final approval by the President.

Envoy Zalmay Khalilzad told Afghanistan's TOLOnews that a draft agreement will see the US pull troops from five bases across Afghanistan within 135 days as long as the Taliban meets conditions set in the agreement.

If the deal proceeds, the withdrawals could mark the beginning of the end of America's longest running war , a nearly 18-year conflict triggered by the terrorist attacks of Sept. 11, 2001, that has cost billions in taxpayer dollars and cost more than 2,300 American lives.

The agreement could lead to the gradual draw down of all of the almost 14,000 US troops in the country, fulfilling a longstanding goal and campaign pledge of the President's, just as the most intense period of the 2020 election campaign gets underway.

"Yes, we have reached an agreement in principle," Khalilzad said, according to TOLOnews. "Of course, it is not final until the US president (Donald Trump) agrees on it. So, at the moment, we are at that stage."

News of the agreement comes as violence has spiked in Afghanistan, with the latest attack occurring just hours after Khalilzad's interview. A car bomb targeted an Afghan police station in the capital Kabul on Monday, in an area close to the heavily fortified compound where many foreign embassies and international organizations are based,

At least five people were killed and 50 others wounded and taken to hospital, Interior Ministry spokesman Nasrat Rahimi told CNN.

The Taliban have launched assaults on two northern Afghan cities in two days. The attacks also follow the deaths of three US troops during combat operations in the last two weeks.

Since taking up the envoy job a year ago, Khalilzad has held nine rounds of talks with the Taliban focused on four key issues: US forces' withdrawal, counterterrorism assurances, a ceasefire and intra-Afghan negotiations.

Khalilzad told TOLOnews the US will not accept a return of the Taliban's strict Islamic governing system, and said the Trump administration wants a government to be formed after the intra Afghan peace talks that would be agreed upon by all Afghans.

Even so, senior intelligence officials have repeatedly warned that the country remains fragile and, as it was when the Taliban gave refuge to Al Qaeda in the lead-up to the Sept. 11 attacks, could once again become a terrorist haven.

Khalilzad said the US withdrawal from the five bases depends in part on the security situation and a significant reduction in violence in those areas, but he added that he "can't call it ceasefire, because it has been agreed that the word ceasefire belongs to the intra Afghan peace talks."

On Monday, Khalilzad said the Afghan government had been consulted on all aspects of the talks, including the withdrawal of the US forces, counterterrorism assurances and a ceasefire.

The envoy added that Ghani and Afghanistan CEO Abdullah Abdullah had both read the agreement, but weren't given copies. He said the agreement mandates that intra-Afghan talks start soon, adding that they will take place before Afghanistan's presidential elections in Afghanistan on September 28.

The US preference is to have them take place in Norway, which is reportedly working actively to organize those negotiations.

In August, Trump told Fox News Radio that he is planning to withdraw thousands of US forces from the country, but will keep 8,600 troops there, at least for the time being. "We make a determination from there as to what happens ... we're bringing it down," Trump said, repeating a claim that the US "could win that war so fast if I wanted to kill ten million people there ... which I don't."

Trump said that the US would be reducing troops "very substantially," and it was important to maintain a presence because Afghanistan is the "Harvard University of Terrorism."

Trump has repeatedly been cautioned against a troop pullout by Republicans in Congress, including Sen. Lindsey Graham of South Carolina.

Last week, the top US general said it was premature to use the word "withdraw" when it comes to Afghanistan.

Gen. Joseph Dunford, chairman of the Joint Chiefs of Staff, also said any agreement with the Taliban must ensure that Afghanistan does not become a "sanctuary" for extremists. "I think it's premature, I'm not using the 'withdraw' word right now," Dunford told reporters at the Pentagon. "We're going to make sure our, that Afghanistan's not a sanctuary."