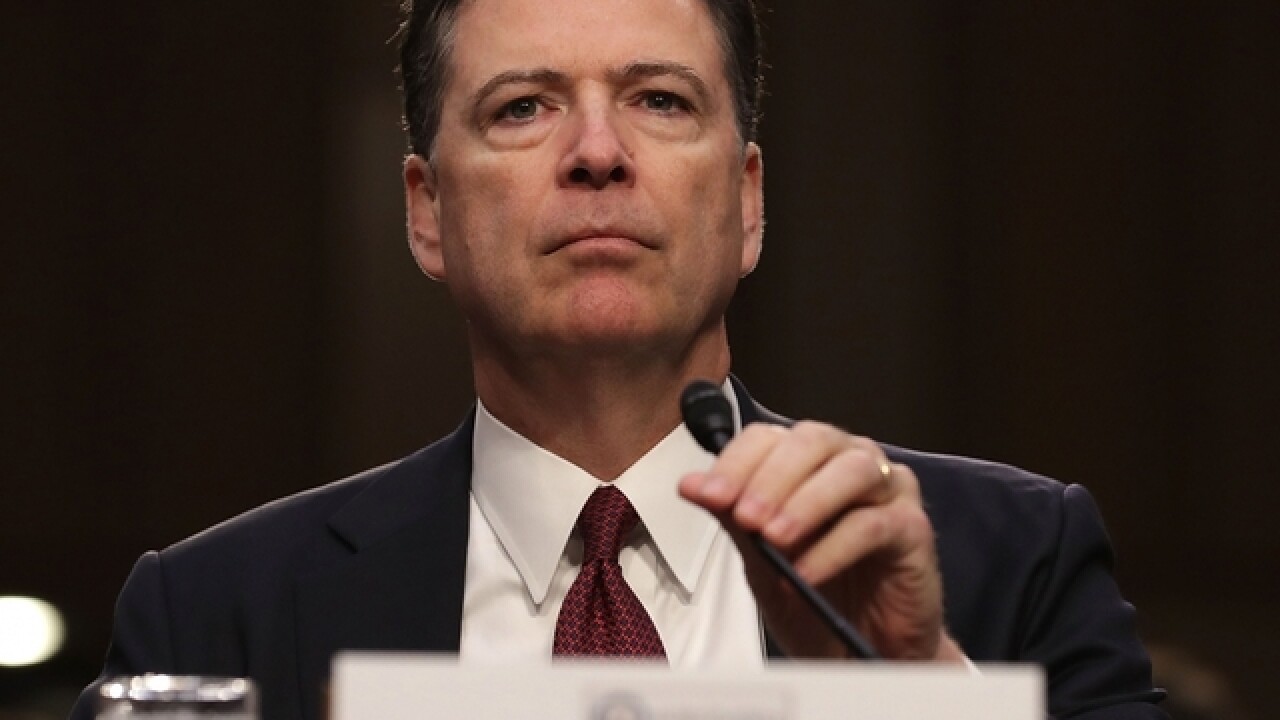 The complaint will focus on Comey's testimony that he gave a friend the content of memos about his conversations with Trump and asked the friend to then give that information to a reporter. Comey said Friday that he gave the friend -- later identified as Daniel Richman, a longtime Comey confidante and Columbia University professor -- the information after Trump tweeted that he may have tapes of his conversations with the fired FBI director.

"My judgment was I needed to get that out into the public square. So I asked a friend of mine to share the content of the memo with a reporter," Comes said Thursday.

It is unclear when Trump's attorney, Marc Kasowitz, will file the complaints, but the source said they are actively exploring their options.

Republicans have looked to discredit Comey by calling him a "leaker" because of the way he disseminated the information about Trump.

Comey said Thursday that the memos he wrote were unclassified. Disseminating unclassified information is generally not considered leaking and the President did not assert executive privilege over Comey's testimony.

The President himself accused Comey of lying and leaking Friday on Twitter.

"Despite so many false statements and lies, total and complete vindication...and WOW, Comey is a leaker!" Trump tweeted Friday morning.

The source said the fact that Comey decided to disseminate the information because of a tweet was "gold" for the lawyers looking to file a complaint against the former FBI director.