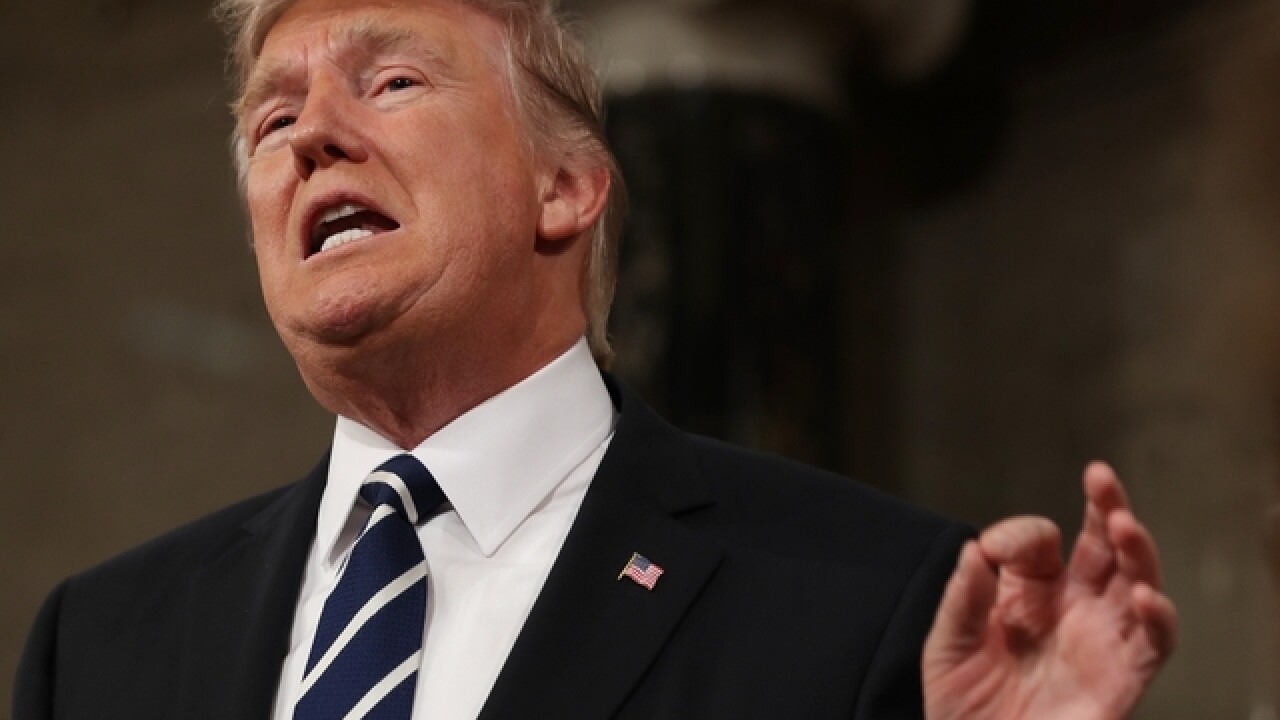 By: CNN
Posted at 2:59 PM, Mar 02, 2017
NEWPORT NEWS, Virginia (CNN) -- President Donald Trump stood aboard a soon-to-be commissioned Navy aircraft carrier Thursday and touted his calls for a multi-billion dollar military investment, promising a "great rebuilding of our military might."
Donning a Navy cap and jacket emblazoned with the USS Gerald R. Ford's emblem, Trump told an audience of Navy sailors and civilian shipbuilders that a military buildup is both a way to prevent wars and, if necessary, win them.
"Hopefully it's power we don't have to use. But if we do, they're in big trouble," Trump said, speaking from the hangar bay of the newly built USS Gerald R. Ford, where a poster reading "100,000 tons of diplomacy" hangs on the wall.
The President said his planned $84 billion increase in the defense budget he has called for over the next two years would be "one of the largest spending increases in US history" and would result in a "major expansion of our entire Navy fleet."
Trump's first budget proposal will look to increase defense and security spending by $54 billion. In addition to the 2018 increase, Trump will also seek a $30 billion in supplemental defense money for the fiscal year 2017, including some funding for the planned US-Mexico border wall, a senior administration official told CNN.
Trump's beefed up military spending proposal has prompted a tepid reception in Washington from both debt-conscious members of Congress and Democrats wary of the cuts to domestic programs Trump has promised in return.
His visit to the aircraft carrier, which came two days after his address to Congress, was scheduled to sell his spending increase to the American public as well as lawmakers.
Trump, flanked by hard hat-clad employees of Newport News Shipbuilding, championed the major spending increase as an economic boon, tying in his calls for a bigger military with his promises of boosting US manufacturing.
"American ships will sail the seas. American planes will soar the skies. American workers will build our fleets," Trump said to applause.
The event also gave Trump a chance to present himself as commander in chief: Trump descended into the ship's hull on a massive elevator platform used to lift planes and helicopters onto the carrier's runway and was flanked by a group of aides, Navy officers and Defense Secretary James Mattis. A Navy helicopter stood imposingly behind him.
Trump did not mention the mounting pressure facing Attorney General Jeff Sessions to recuse himself from overseeing a Justice Department investigation into Russian ties to the Trump campaign. Reports emerged Wednesday evening that Sessions had met with the Russian ambassador to the US and failed to disclose it during his Senate confirmation process.
But Trump told reporters traveling with him he has "total" confidence in Sessions and he shouldn't recuse himself.
The-CNN-Wire
™ & © 2017 Cable News Network, Inc., a Time Warner Company. All rights reserved.
10News