Trump to pool reporters: 'I am the least racist person there is anywhere in the world'

President Trump denied he's a racist in speaking with pool reporters Tuesday, saying he's the 'least racist person there is anywhere in the word.' 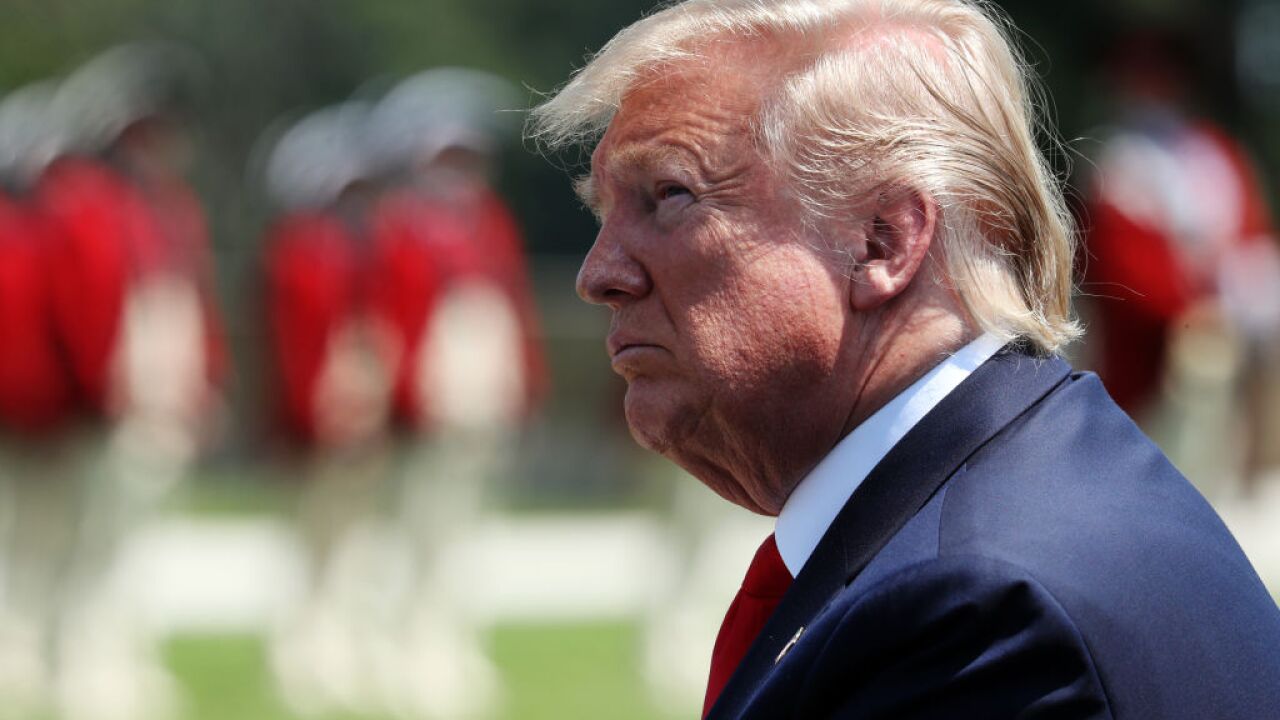 President Donald Trump denied that his recent tweets about Rep. Elijah Cummings and four Democrat congresswomen were racist while speaking with pool reporters on Tuesday.

"I am the least racist person there is anywhere in the world," Trump said.

Trump's statement was in response to a question about Rev. Al Sharpton, with whom Trump has been feuding with on Twitter in recent days.

Trump went on to call Sharpton a "racist."

Sharpton tweeted that he was visiting Baltimore on Monday — after a weekend in which Trump attacked the city in a series of tweets. In response to Sharpton's tweet, Trump called Sharpton a "con man" and a "troublemaker."

I have known Al for 25 years. Went to fights with him & Don King, always got along well. He “loved Trump!” He would ask me for favors often. Al is a con man, a troublemaker, always looking for a score. Just doing his thing. Must have intimidated Comcast/NBC. Hates Whites & Cops! https://t.co/ZwPZa0FWfN

Sharpton later responded to Trump's tweet by saying that "if he really thought I was a con man he would want me in his cabinet."

Trump says I’m a troublemaker & con man. I do make trouble for bigots. If he really thought I was a con man he would want me in his cabinet.