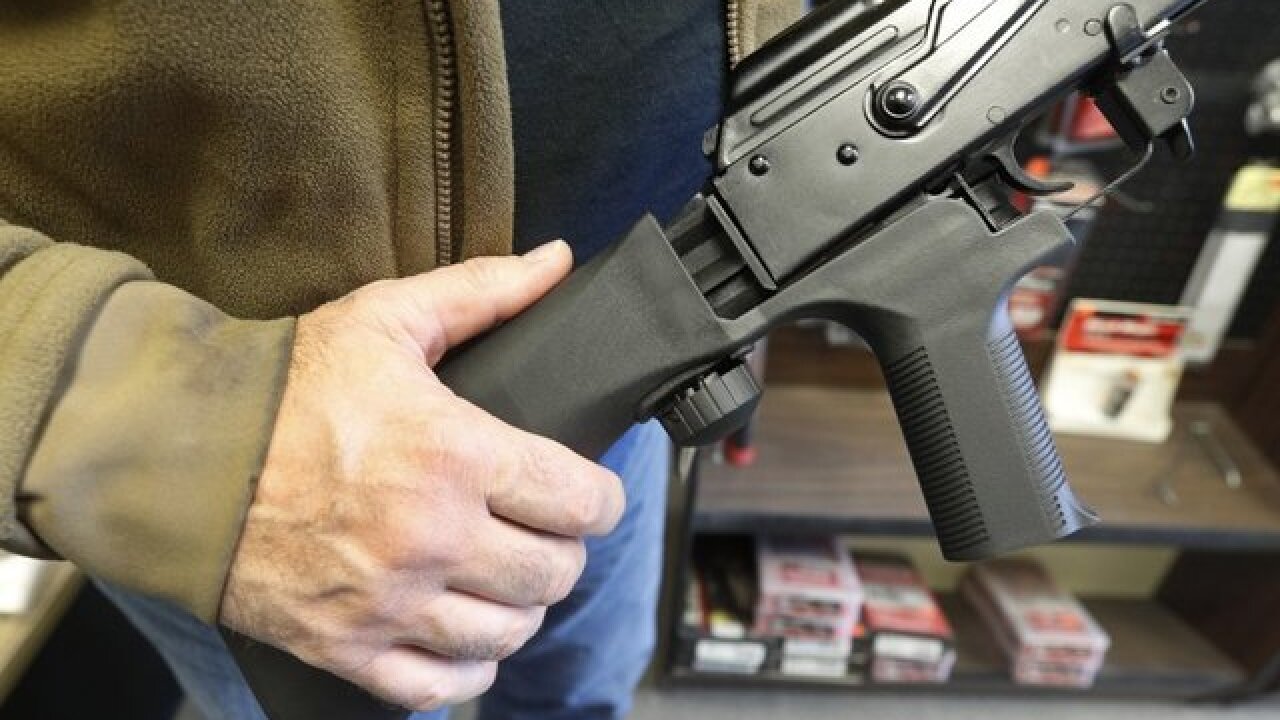 The Trump administration plans to announce the long-anticipated federal rule officially banning bump stocks in the coming days, according to US officials familiar with the matter.

Bump stocks gained national attention last year after a gunman in Las Vegas rigged his weapons with the devices to fire on concertgoers, killing 58 people. President Donald Trump vowed to outlaw the devices soon after the tragedy, and some lawmakers on Capitol Hill urged him to back a permanent legislative fix.

But opposition from lawmakers and the National Rifle Association ultimately made a regulatory change the only realistic path forward to accomplishing the President's goal.

The devices make it easier to fire rounds from a semi-automatic weapon by harnessing the gun's recoil to "bump" the trigger faster -- an operation that caused officials at the Bureau of Alcohol, Tobacco, Firearms and Explosives during the Obama administration to conclude that it's merely a gun accessory or firearm part, not subject to federal regulation.

At Trump's direction, however, the Justice Department submitted a proposed final rule earlier this year that upended the Obama-era interpretation, and concluded that bump-fire stocks, "slide-fire" devices, and devices with certain similar characteristics all fall within the prohibition on machine guns by allowing a "shooter of a semiautomatic firearm to initiate a continuous firing cycle with a single pull of the trigger," and therefore, they are illegal under federal law.

Under the new rule, bump stock owners would be required to destroy or surrender the devices to authorities. Members of the public will be given 90 days to turn in or otherwise discard their bump stocks, according to a source familiar with the final rule.

"Bump stocks turn semiautomatic guns into illegal machine guns. This final rule sends a clear message: Illegal guns have no place in a law-and-order society, and we will continue to vigorously enforce the law to keep these illegal weapons off the street," a senior Justice Department official told CNN Wednesday.

Republican lawmakers, who are typically opposed to federal agencies writing regulations to accomplish what Congress hasn't directly legislated, had insisted that the Justice Department and ATF write a new regulation. Whereas some Democrats, such as Sen. Dianne Feinstein of California, have repeatedly cautioned that such a ban would likely result in lawsuits given ATF's earlier interpretation.

ATF Acting Director Thomas Brandon acknowledged in a Senate hearing this summer that he has been advised that banning bump fire stocks through executive regulation could lead to court challenges that would delay the implementation of a ban.

Trump said last month he told the NRA "bump stocks are gone," but how the group responds to the final rule remains to be seen. A spokesperson for the NRA said in October 2017 that the ATF "should review bump-fire stocks to ensure they comply with federal law," but made clear it opposed the broader gun-control legislation raised by some in Congress.

In June, Slide Fire Solutions, the Texas company that invented the bump-fire stock device and was its lead manufacturer, announced on its website that it would stop taking orders for its products and would shut down its website.

The company, however, directs buyers to RW Arms, an arms dealer also based in Texas, which appears to be selling the remainder of Slide Fire's inventory. RW Arms was advertising for bump fire stocks made by Slide Fire as recently as this week, when they offered a Cyber Monday sale on the product. Slide Fire has not responded to repeated requests for comment about any potential litigation over a federal rule banning bump stocks.