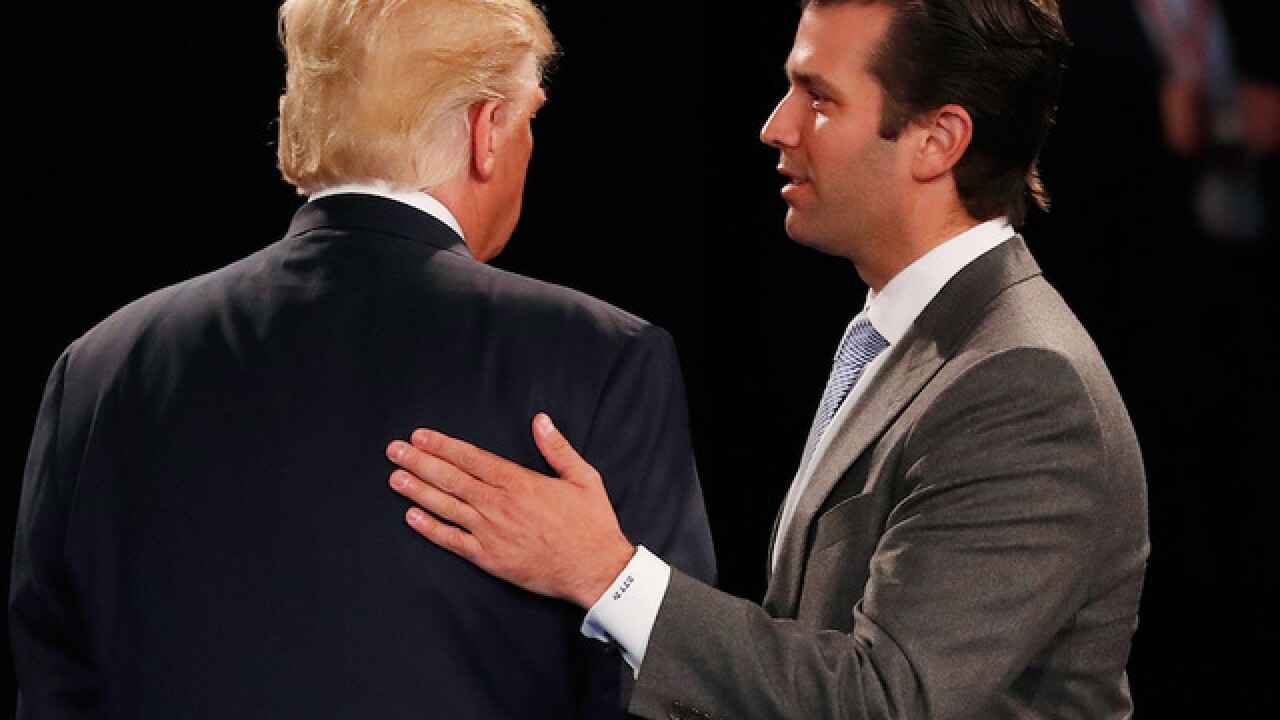 President Trump's eldest son, Donald Trump Jr., has agreed to sit down for a transcribed interview with the Senate judiciary committee, as investigators continue to dig into his attendance at a 2016 meeting where he was promised Russian dirt on the Clinton campaign.

After the Senate judiciary committee invited him to attend a July hearing to testify in public, Trump Jr. instead cut a deal with the committee to avoid that session. It's unclear if he will eventually testify publicly, but committee leaders have said an open session with Trump Jr. is still on the table.

Grassley and the top Democrat on the panel, Dianne Feinstein of California, said in a statement Tuesday night that Trump Jr. agreed to a date for his interview shortly after telling the panel in late July he'd be willing to meet with them.

"This meeting will be conducted under the same terms as previously announced," the senators said in a statement.

While the committee spokesman would not divulge the precise date of Trump Jr.'s attendance in private, both Grassley and Feinstein have previously told CNN they expected him to appear before their panel as soon as September.

Alan Futerfas, who is an attorney for the younger Trump, declined to comment.

Trump Jr. has come under intense focus after press reports revealed that he met in June 2016 at Trump Tower with Russian operatives as well as the then-campaign chairman, Paul Manafort, and the President's son-in-law, Jared Kushner. Before the meeting, Trump Jr. had been promised damaging information on the Clinton campaign at that meeting and had been informed that the Russian government wanted his father to win the elections.

After Trump Jr. disclosed some of his emails about the meeting, he told Fox News host Sean Hannity nothing came out of it, saying the brief session was of little value and focused primarily on the issue of Russian adoptions. He said that he would be willing to testify before Congress on the meeting, which he considered to be standard campaign protocol to look for opposition research.

"All of it," Trump Jr. told Hannity when asked if he'd be willing to testify about everything that happened under oath.

Earlier this month, Trump Jr. turned over 250 pages of documents to the Senate judiciary committee as part of the deal that they cut.