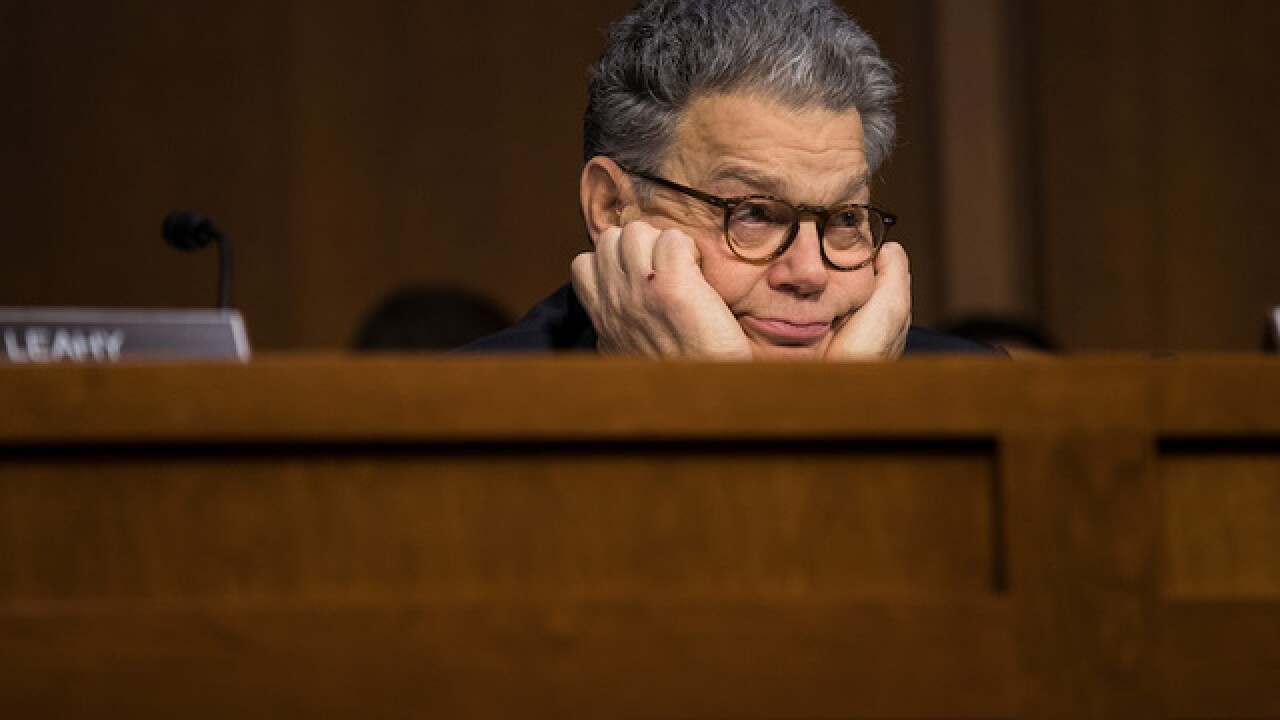 President Donald Trump, who has largely stayed mum on the allegations of sexual misconduct against Alabama Senate Republican candidate Roy Moore, blasted Democratic Sen. Al Franken Thursday night after a woman said he groped and kissed her without her consent.

By weighing in on Franken, Trump potentially invites another round of scrutiny over the past accusations of sexual harassment that have been levied against him -- a risk that a source told CNN earlier this week was partially behind his decision to not comment on the Moore controversy.

"The Al Frankenstien picture is really bad, speaks a thousand words. Where do his hands go in pictures 2, 3, 4, 5 & 6 while she sleeps?" Trump wrote of a photo in which Franken appears to grab a woman's breast while she was asleep during a 2006 USO tour. The Minnesota Democrat has apologized for his behavior and said he welcome an ethics probe into his conduct.

He continued, "And to think that just last week he was lecturing anyone who would listen about sexual harassment and respect for women. Lesley Stahl tape?"

Trump was referring to a 1995 New York magazine article quoting Franken joking in the "Saturday Night Live" writers' room about drugging and raping journalist Lesley Stahl. The article became an issue for Franken during his 2008 Senate election, for which he apologized at the time, though he later walked back the regret in his 2017 memoir.

The President has declined to weigh in forcefully, however, on the Moore revelations, which unfolded as he was abroad in Asia. When the allegations first surfaced, White House press secretary Sarah Sanders said in a statement on behalf of the President that Moore should drop out if the allegations of sexual misconduct leveled against him are true, but Trump, himself, has declined to comment further and ignored several shouted questions from reporters when asked whether Moore should drop out of the race.

"The President said in his statement earlier this week that, if the allegations are true, then that Roy Moore should step aside. He still firmly believes that," Sanders told reporters on Thursday, noting, "This is a decision people of Alabama need to make, not the President."

Sanders did say, however, that a Senate investigation into the allegations against Franken were an "appropriate action."

Trump's relative silence on Moore is is in large part rooted in his own history of facing sexual misconduct allegations, a Republican close to the White House told CNN earlier this week.

In conversations in the West Wing on Wednesday, Trump expressed apprehension about being dragged into the topic of sexual assault or harassment if he weighs in.

"He's worried about the conversation moving to his past accusers," the Republican familiar with the matter said, noting that the President believes his accusers were unfair and some of Moore's may be, too.

More than a dozen women have accused Trump of sexual assault, and his comments captured in the infamous "Access Hollywood" tape during the campaign threatened to derail his presidential bid. Trump has denied the assault allegations and accused the women of lying.