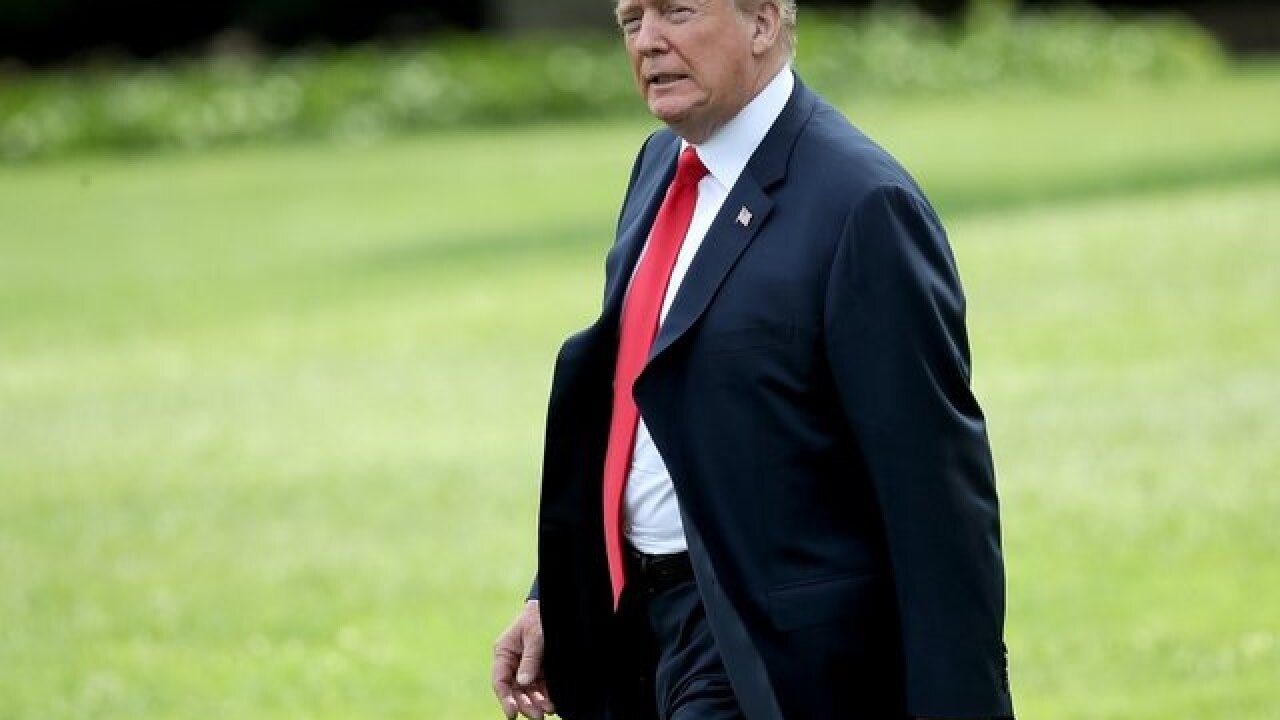 Their wins were evidence that Trump -- who failed to carry interim Sen. Luther Strange past Roy Moore in Alabama last year -- does hold some sway with GOP primary voters.

The day after President Donald Trump visited South Carolina to campaign for him, McMaster will defeat businessman John Warren in the Republican runoff Tuesday, CNN projects.

McMaster was forced into a head-to-head runoff against Warren after falling short of 50% of the vote in this month's primary.

McMaster got the job because Trump named former Gov. Nikki Haley his ambassador to the United Nations. And McMaster was one of Trump's earliest strong supporters within the party.

Trump told South Carolina supporters that a McMaster loss would be portrayed by the "fake news" as "humiliating" for the President.

"So please get your asses out tomorrow and vote," Trump said.

His victory showed the power of Trump's endorsement with GOP voters. It was the first of two major tests of the President's influence of the night.

Grimm was elected to the seat he was seeking to reclaim three times before resigning in early 2015 after pleading guilty to tax evasion. Donovan was voted in as his replacement five months later and was bidding for his second full term.

Despite Trump's decision to back Donovan, Grimm cast himself as the more authentic backer of the President's political agenda, highlighting Donovan's votes against the GOP tax cuts and a House bill to repeal Obamacare. But Republicans in the district, which includes Staten Island and parts of Brooklyn, ultimately stuck with his replacement -- whom Trump touted as the safer choice for Republicans in November.

Grimm also sought to make common cause with Trump when discussing his legal troubles, which he's called -- without any evidence -- the rotten fruits of a political hit job commissioned by high-ranking Obama administration officials.

Heading into the primary, Donovan had cause for concern: A Siena College poll found that 54% of GOP primary voters believed Grimm would work better with Trump, despite the President endorsing Donovan.

"There is no one better to represent the people of N.Y. and Staten Island (a place I know very well) than @RepDanDonovan, who is strong on Borders & Crime, loves our Military & our Vets, voted for Tax Cuts and is helping me to Make America Great Again. Dan has my full endorsement!" Trump said on Twitter in late May.

He followed up: "Very importantly, @RepDanDonovan will win for the Republicans in November...and his opponent will not. Remember Alabama. We can't take any chances on losing to a Nancy Pelosi controlled Democrat!"

Donovan will take on Max Rose, a combat veteran who's a member of the Democratic Congressional Campaign Committee's "Red to Blue" list of top-tier challengers.

Colorado and Oklahoma will select nominees to replace their outgoing governors, Democrat John Hickenlooper in Colorado and Republican Mary Fallin in Oklahoma.