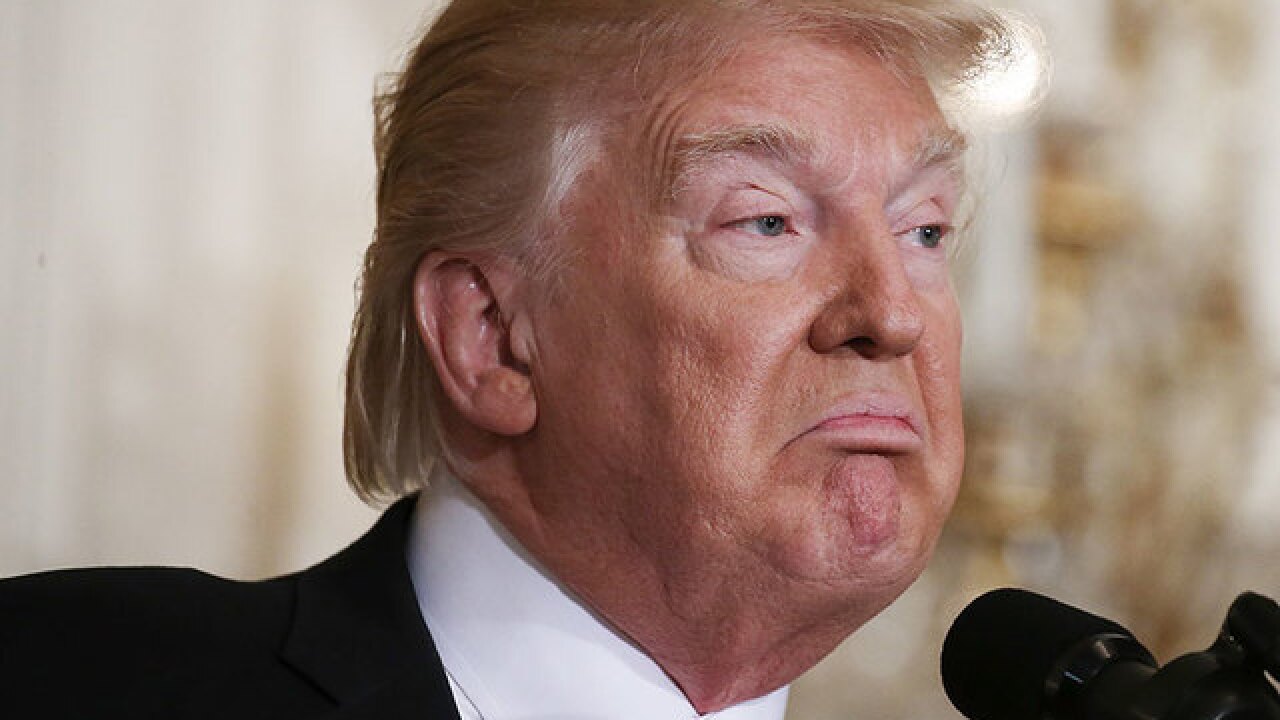 NEW YORK (CNNMoney) -- The Trump administration could make a major break from U.S. trade policy and disregard the rulings of the World Trade Organization.
In a paper released Wednesday night, the administration indicated that the U.S. is not bound to the WTO's rulings on trade disputes. That would be a big shift away from the practice of previous presidents.
"Even if a WTO dispute settlement panel...rules against the United States, such a ruling does not automatically lead to a change in U.S. law or practice," the paper said. "The Trump administration will aggressively defend American sovereignty over matters of trade policy."
In recent decades, the 164 countries in the WTO, which includes China, have agreed to resolve disputes through WTO panels. The Obama administration filed cases in the WTO against China, which led to the U.S. slapping tariffs on Chinese steel last year.
The Trump administration is saying it could go around the WTO. That could dilute the credibility of the WTO and could risk countries taking matters into their own hands and becoming more protectionist.
The paper also acknowledges that there's a cost to not playing by the WTO's rules. If the U.S. loses a WTO case against other countries, and it refuses to change its laws or practices, then under WTO laws, the complaining countries have the right to hit the U.S. with trade sanctions.
"The complaining countries would have the right to be authorized to retaliate by imposing trade sanctions on the losing country," the paper said.
The paper came from the office of the U.S. Trade Representative, a wing of the executive branch. Trump's nominee for USTR, Robert Lighthizer, has not yet been confirmed by the Senate.
The document also admitted two things that seem to contradict President Trump's trade talk.
Trump says bad trade deals are the main reason why America has lost millions of manufacturing jobs, and trade deficits are bad for the U.S. economy.
But in the Trump administration's paper:
"Of course, a rising trade deficit may be consistent with a stronger economy."
And regarding lost manufacturing jobs, weak job growth and sluggish economic growth:
"Many factors contribute to this, notably the financial crisis of 2008-2009 and the broad impact of automation."
Many studies on manufacturing show that automation -- robots, new technology -- has taken away far more jobs than trade has.
The-CNN-Wire
™ & © 2017 Cable News Network, Inc., a Time Warner Company. All rights reserved.
Copyright 2020 Scripps Media, Inc. All rights reserved. This material may not be published, broadcast, rewritten, or redistributed.