Hurricane watch issued for Gulf Coast ahead of Zeta 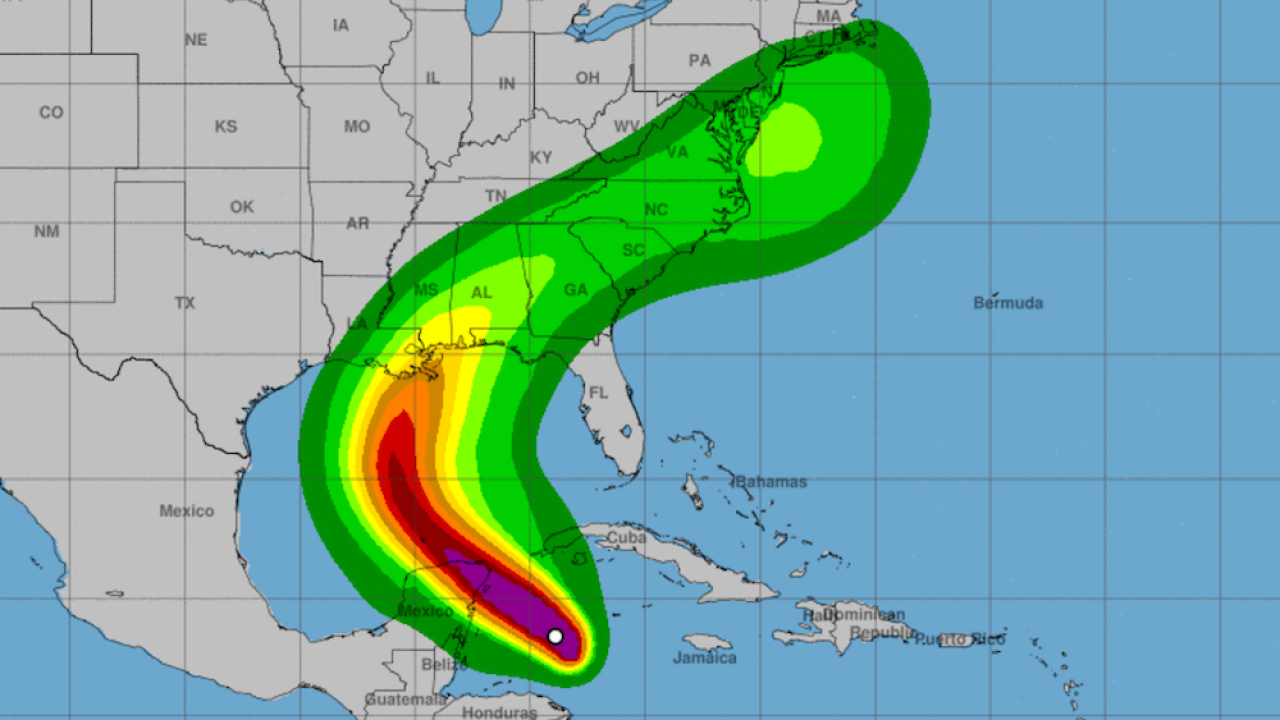 A historically active Atlantic Hurricane season is nearing a close, but there appears to be at least one more threat looming in the Caribbean Sea.

Hurricane Zeta is currently churning just south of the Yucatan Peninsula with maximum sustained winds of 80 mph — and is currently projected to make landfall on the Louisiana coast later this week.

According to the National Hurricane Center's latest update, Zeta is projected to make landfall on the eastern part of the Louisiana coastline on Wednesday evening or early Thursday morning. At that point, officials believe the system will be "at or near hurricane strength."

Zeta is the 28th named storm of 2020 — the second-most all-time in a single year. And no region has been targeted more by tropical storms this year than the Louisiana coast.

The Louisiana coastline has already been targeted by four major storms this year — Cristobal, Laura, Marco and Delta. The strongest of those storms, Laura, reached category 4 status and caused extensive damage to the Lake Charles area, contributing to 17 deaths in the U.S.

According to one NOAA researcher, the Louisiana coast has spent more than three whole weeks in NHC forecast cones this year, by far the most of any region.

Here's a map of the amount of time spent in the 5-day NHC forecast cones so far in 2020.

Louisiana has had a cumulative of THREE WEEKS in the cone this year!

And now we have TD 28 tracking toward the same area. pic.twitter.com/dX4J9w6n2z