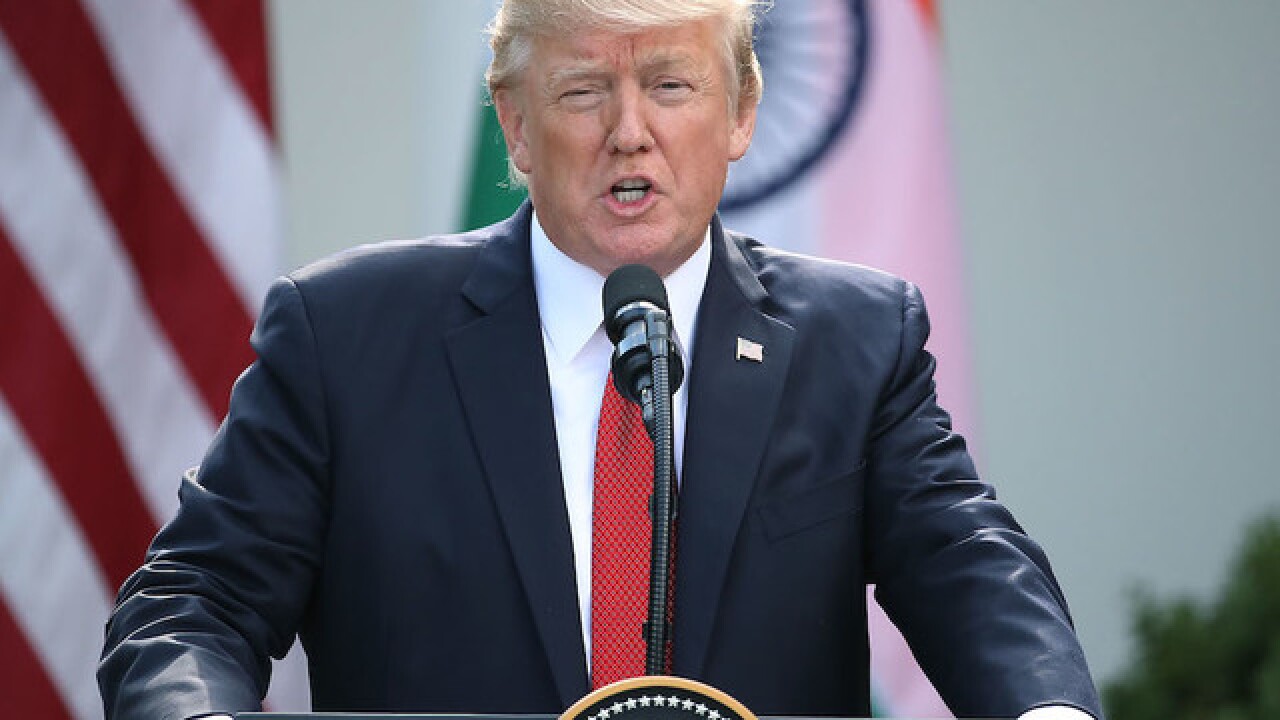 The Trump Organization reportedly has fake Time magazine covers promoting the president on display at several of the organization's golf courses.

Time has asked the Trump organization to take them down, the Huffington Post reported.

The Washington Post reported that several of President Trump's golf courses feature a magazine cover of Trump with the headline "The "Apprentice" is a television smash!" The cover is displayed within at least five of Trump's clubs, including the Mar-a-Lago property in Palm Beach, Florida.

The cover that is dated March 1, 2009 is fake, Time confirmed to the Washington Post.

UPDATE: Fake Time mag w/@realdonaldtrump on the cover was hung in at least FIVE of his clubs, including Mar-a-Lago. https://t.co/HqnKayHQp3

The cover for that week actually featured actor Kate Winslet.

Trump has been on the cover of Time magazine 14 times, but only one time before being considered as a presidential candidate.