Texas K-9 sniffs out $1.2 million worth of meth from tractor trailer 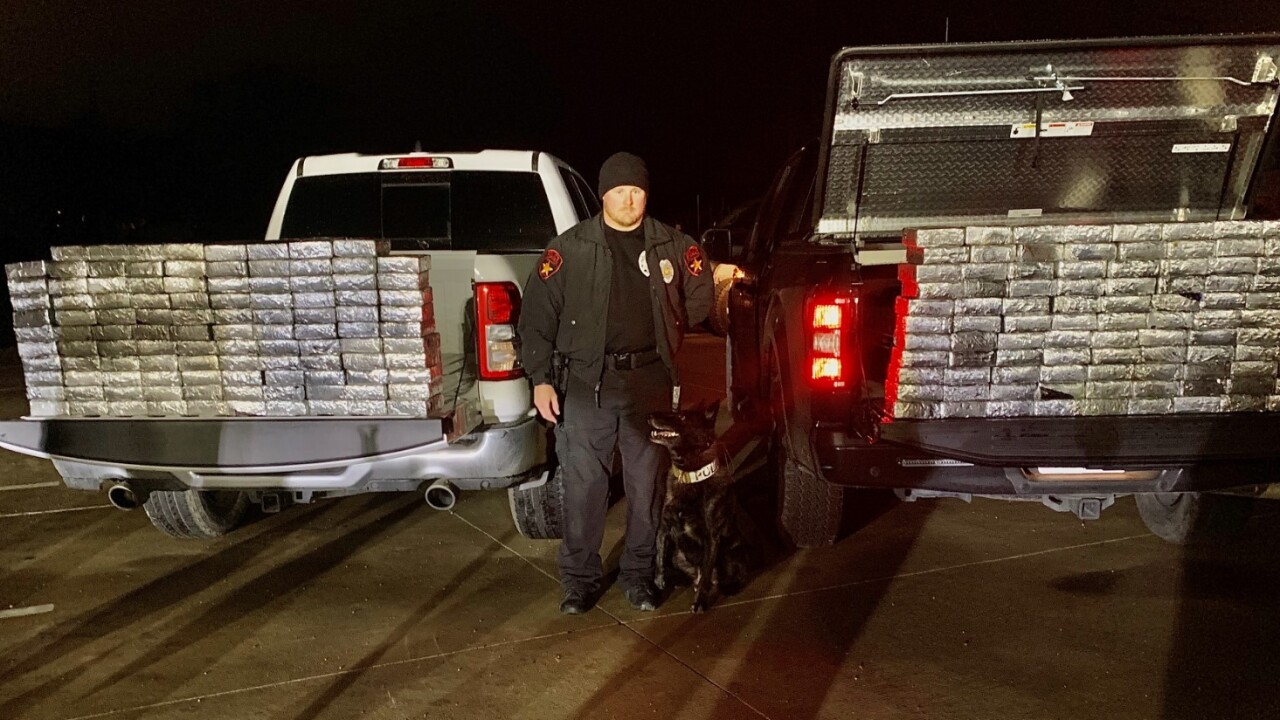 LEWISVILLE, Texas — Authorities in Texas seized more than 595 pounds of methamphetamine with the help of man’s best friend.

The Lewisville Police Department said the haul was one of the largest drugs busts in their history.

It was also the largest drug bust for the K-9 involved, Stryker. The meth is valued at $1.2 million.

Police said that they received a call on Feb. 23 around 3 p.m. to assist another agency with a suspicious tractor trailer. Stryker conducted a free air sniff and alerted police to the presence of narcotics.

Officers searched the tractor trailer and discovered the meth in a hidden compartment.

This story was originally published by staff at KXXV.