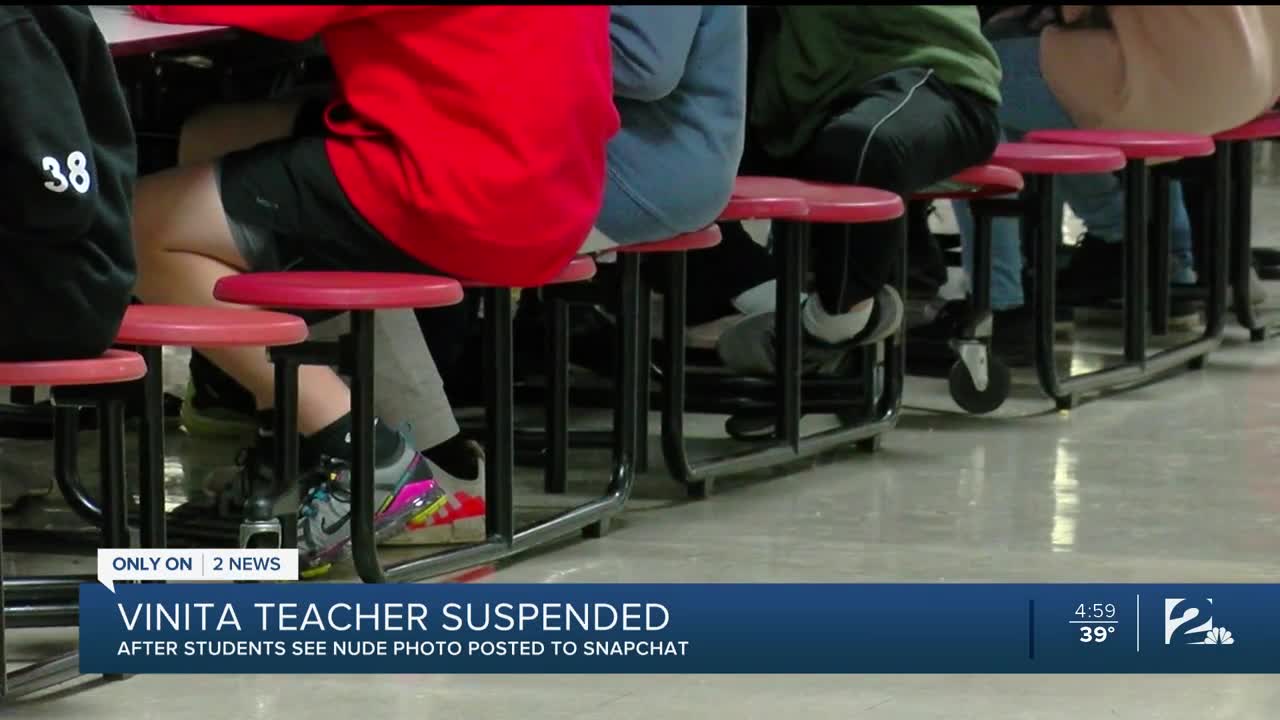 Due to the circulation of a nude photo from a 7th grade English teacher at Ewing Halsell Middle School in Vinita, some parents, like Elizabeth Lang, are upset and believe children shouldn't witness incidents like this.

"Yes, people make mistakes," Lang said. "But if I was a teacher, I wouldn't be sending pictures of that nature at all in any way."

As a mom, Lang says she's shocked that something like this is happening.

"If you're a teacher you need to be more careful," Lang said. "They should be more aware of what you send through social media, so any potential students or people you don't want to see things like that."

Assistant Police Chief Troy Messick spoke on the phone about the situation, and he says it was all a huge mistake gone terribly wrong.

Messick says the teacher meant to send the explicit photo her husband on Snapchat.

She didn't realize until 30 minutes later that she accidentally posted it to her "story", a place where anyone could see it.

In a statement, the Vinita's Superintendent said, "The teacher in question was suspended with pay pending an investigation."

This article was written by Tatianna Taylor for KJRH .