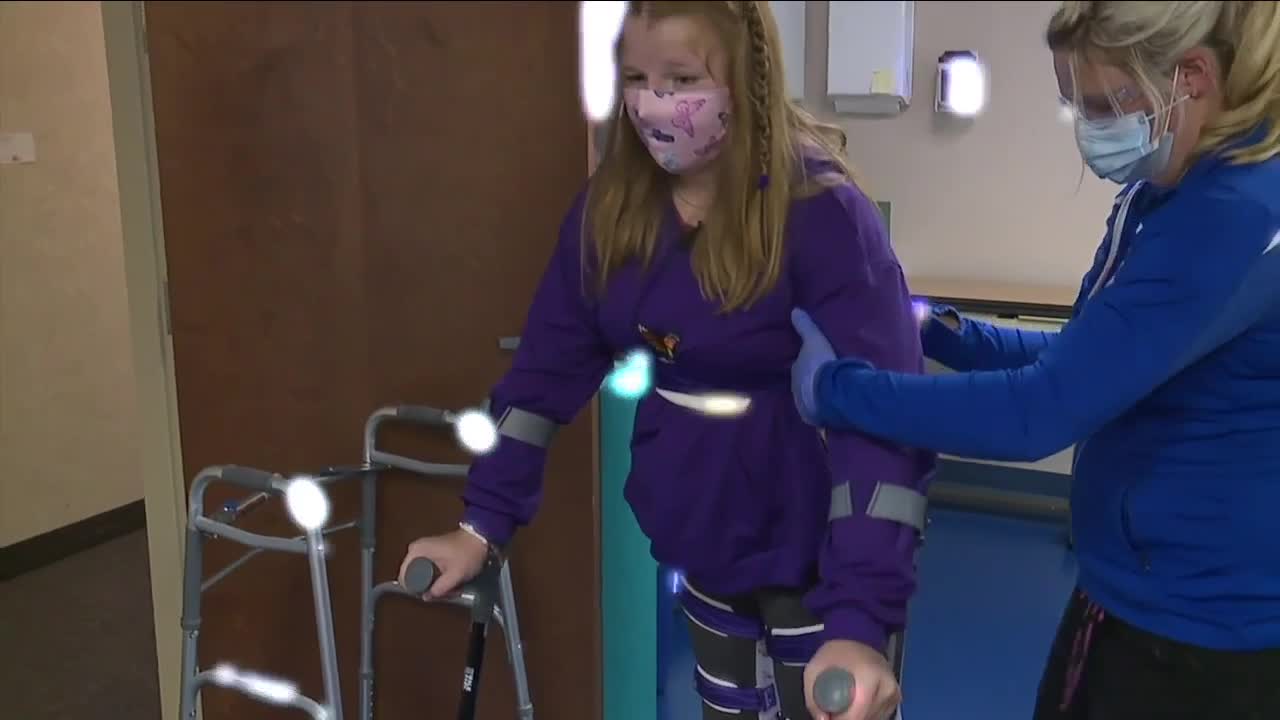 With every move of a foot or lift of a leg, 13-year-old Isabel Kirby inspires herself and the people around her. 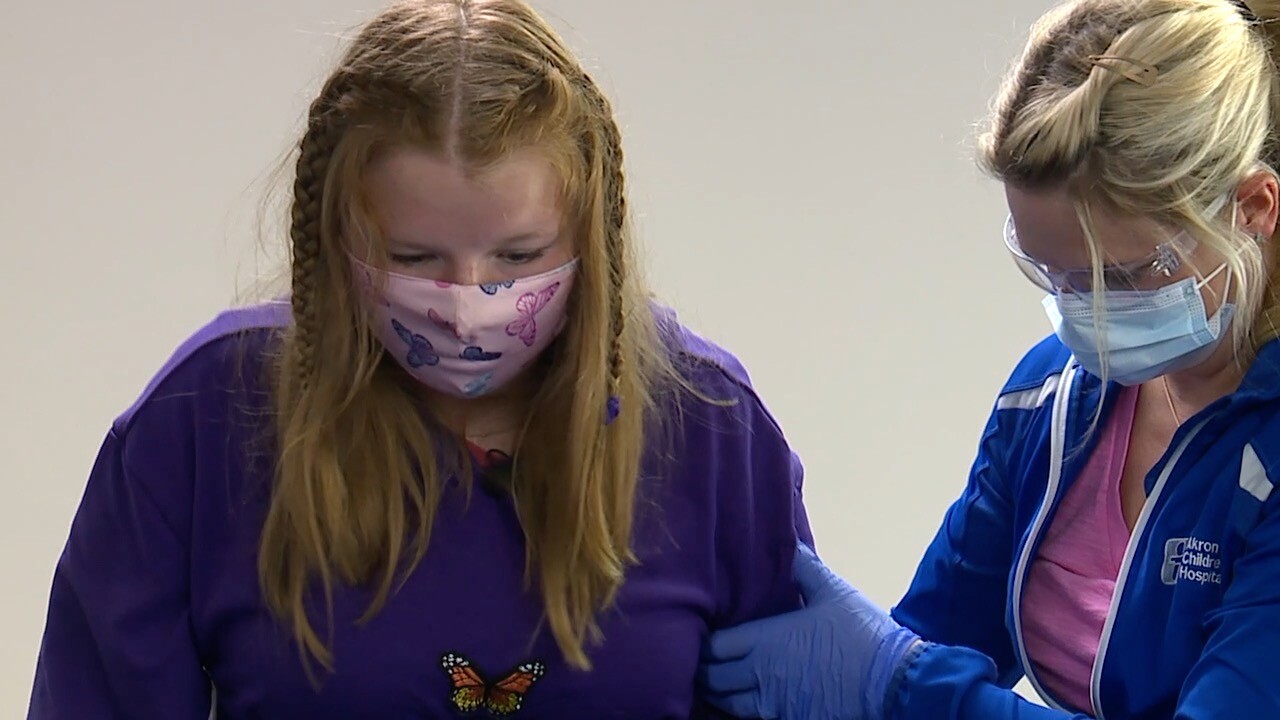 MEDINA, Ohio — With every move of a foot or lift of a leg, 13-year-old Isabel Kirby inspires herself and the people around her.

"More exercise equals more progress," she said. "If you don't have a good attitude about it, you're not gonna feel up to doing things."

The teen from Chippewa Lake, Ohio, was suddenly paralyzed from the waist down eight months ago and was diagnosed with a rare, rapid onset disease known at acute flaccid myelitis or AFM.

Isabel is making great progress working with therapists twice a week at the main campus at Akron Children's Hospital and their facility in Medina, Ohio.

Back in January, Isabel said she was unable to move her legs.

During therapy this week, she lifted her legs from a table and a wheelchair and walked with braces called reciprocating gait orthosis (RGO). Physical therapist Renee Parsons provided assistance and encouragement.

Isabel is also able to move the pedals on a stationary bike with electrical stimulation and swim in a pool on her own. She can almost stand upright holding the sides of the pool.

"She just blows me away, honestly. Amazing. She is focused and motivated and strong and brave," said her mom, Noel Kirby.

In a few weeks, the family will head to New Jersey to allow Isabel to participate in Project Walk, which helps people recover from life-changing paralysis. Donations through a GoFuneMe account are helping to pay the out-of-pocket costs for the five-day visit.

Isabel, who plays softball and is heading into eighth grade at Cloverleaf Middle School, remains hopeful that one day she will be able to walk again on her own.

"I think I could get to that point," she said.

"She's gonna do it. She's gonna make it happen," her mom said. "She's trying everything she can to get to where she wants to walk again."

Hours after the Kirby family opened presents on Christmas morning, Isabel complained of weakness in her legs.

Her parents thought it was growing pains or possibly dehydration, but the next day, Isabel was unable to walk. The eventual AFM diagnosis stunned the family.

"I just think that people need to know that this is out there, that this exists because we didn't," Noel said.

The Centers for Disease Control and Prevention recently warned of a potential AFM outbreak by the end of the year.

There have been more than 600 confirmed cases nationwide since the CDC began tracking the illness in 2014. The numbers have spiked higher in even years, which is part of the reason for the concern over 2020.

However, Dr. Matthew Ginsberg from Akron Children's Hospital, stressed AFM is still very rare with about 200 to 250 U.S. cases in peak years.

"Any child who has an onset of weakness in the arms and legs should seek emergency medical attention," Ginsberg said.

Medical experts say many children with AFM will have a fever or respiratory illness days before the weakness occurs. AFM has been associated with Enterovirus D68.

"It's thought to be caused either by a viral infection that affects some of the nerve cells in the spinal cord or inflammation reaction to that viral infection," Ginsburg said.

Isabel is thrilled that she's doing better as she works towards her goal to walk again while stressing that keeping a positive attitude is important to her recovery.

"Life happens, honestly. Things just happen," she said. "You just got to go on with it. Do what you can and get better."

This article was written by Bob Jones for WEWS.