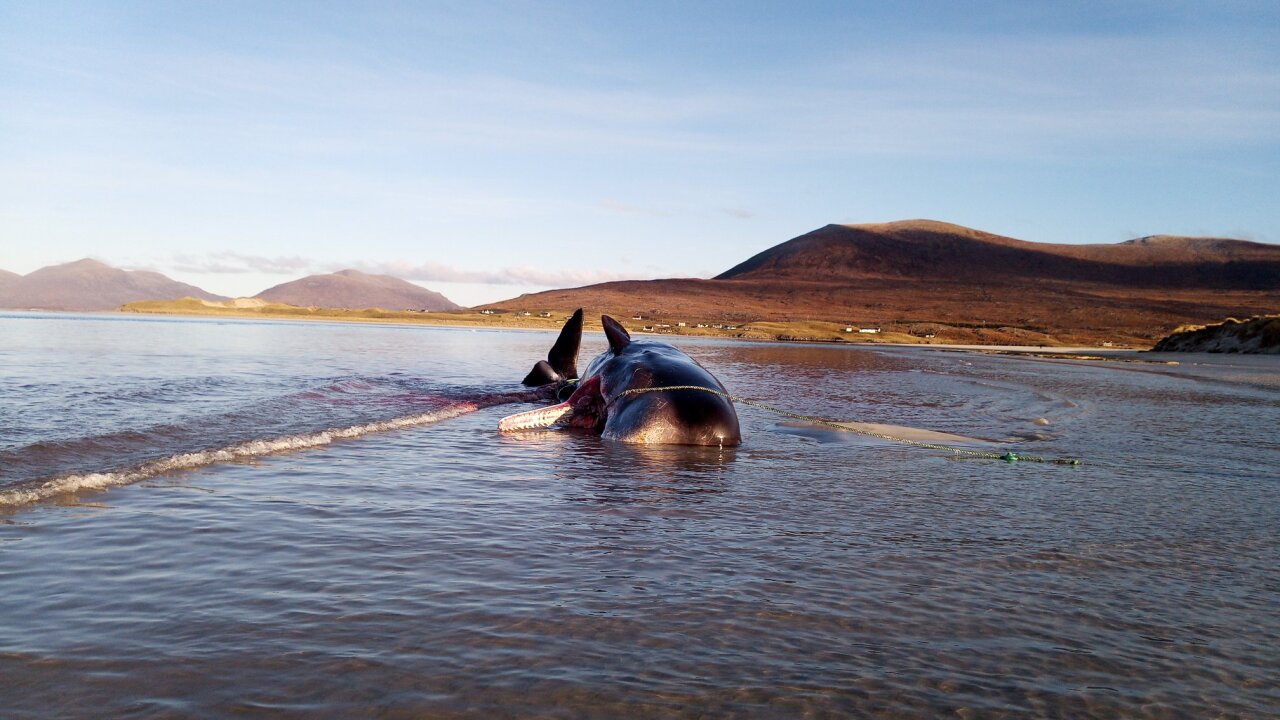 HARRIS, Scotland – A young sperm whale that died after becoming stranded on a Scottish island last week had a ball of debris weighing roughly 100 kilograms (220 pounds) in its stomach, according to an organization that carried out a postmortem on the animal.

The juvenile male whale died Thursday on Seilebost beach on the Isle of Harris in the Outer Hebrides, according to Dan Parry, the administrator of a Facebook page that aims to keep nearby Luskentyre beach free of trash.

Workers from the Scottish Marine Animal Stranding Scheme (SMASS), which collates data on stranded marine animals around Scotland, discovered a huge ball of debris in the whale's stomach during the necropsy, according to a post on its Facebook page Sunday.

Among the debris -- which seemingly came from "both the land and fishing sector," SMASS said -- were sections of net, plastic cups and tubing.

The organization could not find evidence that the waste had blocked the creature's intestines, but it said the amount of debris could have played a part in its live stranding.

It added: "This amount of plastic in the stomach is nonetheless horrific, must have compromised digestion, and serves to demonstrate, yet again, the hazards that marine litter and lost or discarded fishing gear can cause to marine life."

As the 20-ton animal could not be moved, it was buried on the beach, with members of the coastguard and the Western Isles local council helping with both the necropsy and the burial.

Parry, who says on Facebook that he he walks along the beach each day, picking up litter, wrote in a post: "Debris in our oceans is everyone's problem - the fishing industry need to do better, but equally, we all need to do more.

"Watching this today, makes me despair for the environment, totally falling apart around us."