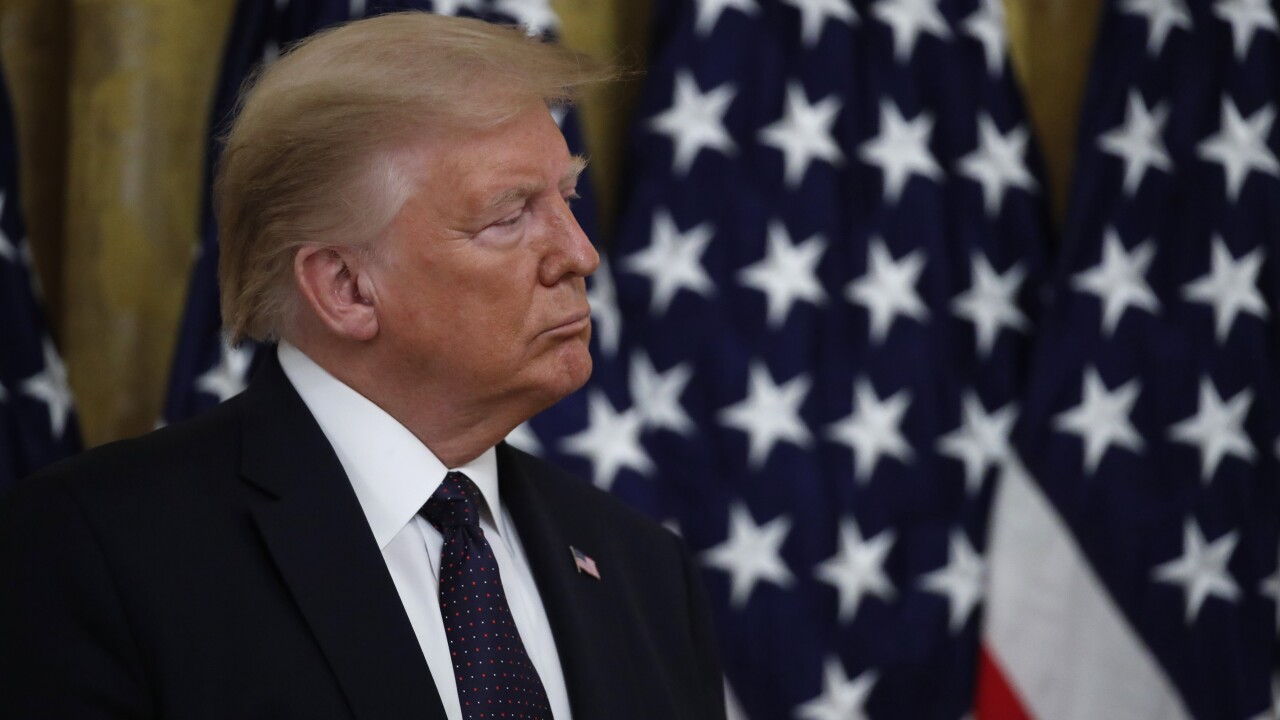 Copyright 2020 The Associated Press. All rights reserved.
Alex Brandon/AP
President Donald Trump listens during an event about the PREVENTS "President's Roadmap to Empower Veterans and End a National Tragedy of Suicide," task force, in the East Room of the White House, Wednesday, June 17, 2020, in Washington. (AP Photo/Alex Brandon)

Top officials in the White House were aware in early 2019 of classified intelligence indicating Russia was secretly offering bounties to the Taliban for the deaths of Americans, a full year earlier than has been previously reported.

That's according to U.S. officials with direct knowledge of the intelligence. The assessment was included in at least one of President Donald Trump’s written daily intelligence briefings at the time, according to the officials.

On Saturday, the Director of National Intelligence denied that Trump had been briefed on the intelligence.

"I have confirmed that neither the President nor the Vice President were ever briefed on any intelligence alleged by the New York Times in its reporting yesterday," DNI Director John Ratcliffe said.

On Monday, White House press secretary Kayleigh McEnany suggested that the intelligence community had not come to a conclusion on the information.

Members of Congress in both parties are calling for additional information and consequences for Russia. Republicans who were in Monday's briefing are expressing alarm about Russia’s activities in Afghanistan and urging the administration to hold Russian President Vladimir Putin accountable.

Eight Democrats are to be briefed Tuesday morning.