Sources: Information on Kavanaugh is from high school 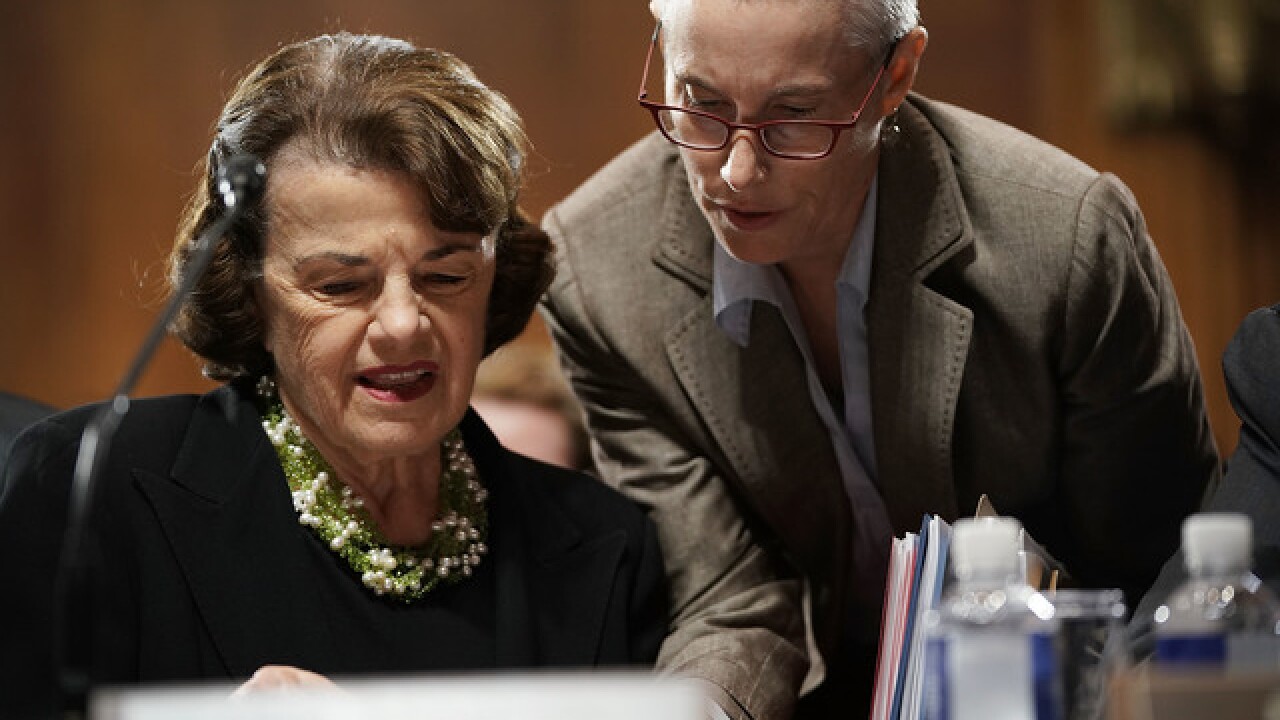 Image copyright 2018 Getty Images. All rights reserved. This material may not be published, broadcast, rewritten, or redistributed.
Alex Wong
<p>WASHINGTON, DC - SEPTEMBER 13: Committee ranking member U.S. Sen. Dianne Feinstein (D-CA) (L) listens to an aide during a markup hearing before the Senate Judiciary Committee September 13, 2018 on Capitol Hill in Washington, DC. A request during the hearing by the Democrats to subpoena documents on Supreme Court nominee Brett KavanaughÕs job as staff secretary in the George W. Bush administration was rejected by the Republicans. Chairman Grassley announced that the committee will hold its final vote on the nomination on September 20, 2018. (Photo by Alex Wong/Getty Images)</p>

WASHINGTON D.C. (AP) -- The FBI has confirmed that it received unspecified information about Supreme Court nominee Brett Kavanaugh this week.

Sen. Dianne Feinstein, the top Democrat on the Senate Judiciary Committee, said Thursday that she had notified federal investigators about information she received concerning Kavanaugh.

A Senate Democratic aide and another person familiar with the matter said it referred to an incident that allegedly occurred while Kavanaugh was high-school age.

The details of the incident and the identity of the person who provided the information remain shrouded in mystery.

A statement from the FBI didn't say whether or not they'd be opening an investigation into the information in the letter.

The statement said the information was received Wednesday evening and that it was included in Kavanaugh's background file, which is maintained as part of his nomination. The agency says that's standard process.