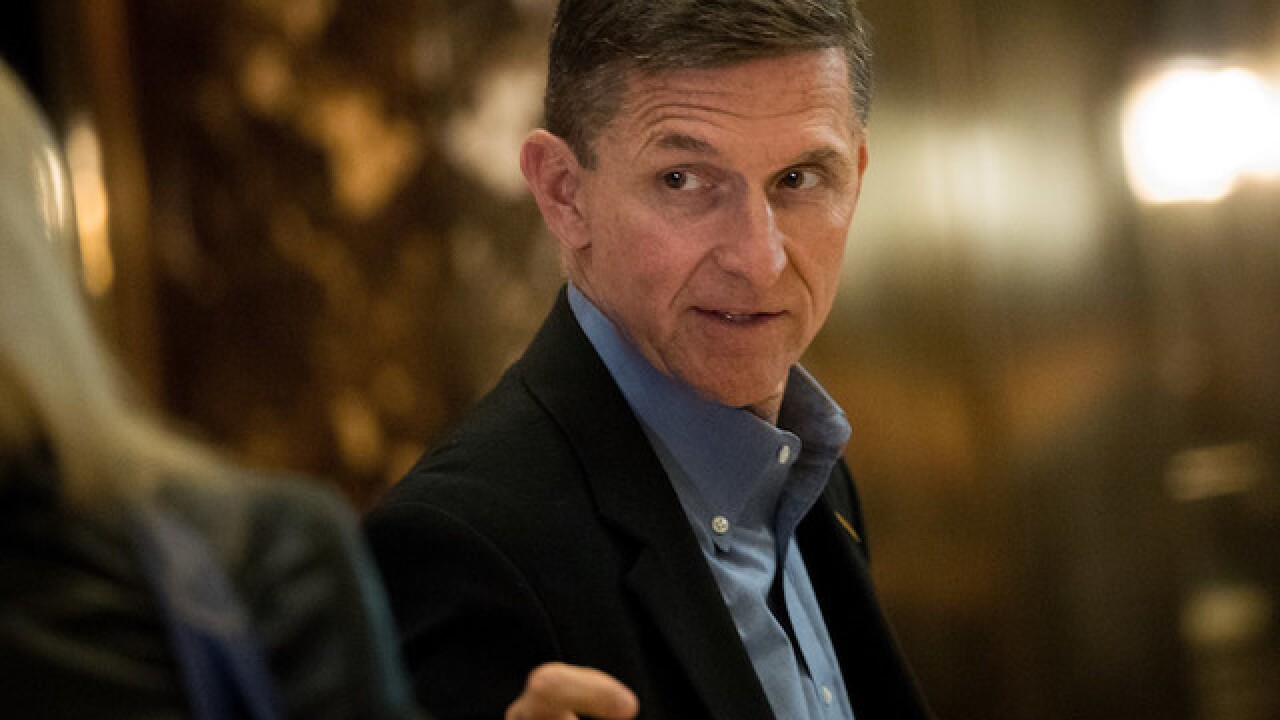 Senate Intelligence Chairman Richard Burr and Sen. Mark Warner, the top Democrat on the panel, told reporters they did not believe Flynn could seek Fifth Amendment protections in regard to the documents they requested, and were seeking a firm answer. The committee is leaving open the possibility to filing contempt charges against Flynn later if he refuses to comply.

Burr said Tuesday that "all options are on the table" if Flynn doesn't comply -- including possibly holding him in contempt of Congress -- but he added that was a long way off from where they are now.

Another Republican on the committee -- Sen. Marco Rubio -- encouraged Flynn to comply.

"I hope Gen.Flynn decides to comply with our Intel Committee subpoena to produce business documents. Otherwise all options should be on table," he tweeted.

Warner said in an interview with CNN's Dana Bash at the Peterson Fiscal Summit that he respected Flynn's decision to invoke his right against self-incrimination but said they will have news later Tuesday related to what comes next.

"We are still pursuing vigorously, will have more to announce later today in terms of next steps," he said. "We respect anybody's right to take the Fifth Amendment but I don't believe that a request for documents" such as calendars or visas would be granted blanket immunity would apply.

On another important piece of the investigation -- the upcoming testimony of fired FBI Director James Comey -- Warner expressed confidence that his committee will get Comey's side of the story, despite the Justice Department's decision to appoint a special counsel to lead the FBI investigation.

"Mr. Comey wants to tell his side of the story and I'm glad he has chosen to do that with the Senate intelligence committee," Warner said.

Warner explained the importance of continuing the Senate investigation even in light of the Justice Department's decision.

"There may a series of cases where we have facts about people having contacts with Russians prior to the campaign and sharing of information that may fall short of legal collusion, but still be factual that we need to report to the American people in terms of our counterintelligence investigation."

Warner, a Virginia Democrat, also told Bash that if reports that Trump asked top intelligence officials to publicly deny evidence of cooperation between his campaign and Russia are true, Trump's requests would be "outrageous."

He added that the new reports have now demonstrated a pattern.

"Anybody who gets close to this investigation loses their job or ends up in a difficult position," he said, before listing Flynn, Comey, fired acting Attorney General Sally Yates and Attorney General Jeff Sessions.

Warner pointed to reports that Trump called Comey a "nut job" in an Oval Office meeting with top Russian officials, saying the comments were "outrageous."

"I don't care where you stand on the political spectrum," Warner said. "This is just not the way an American president should act."