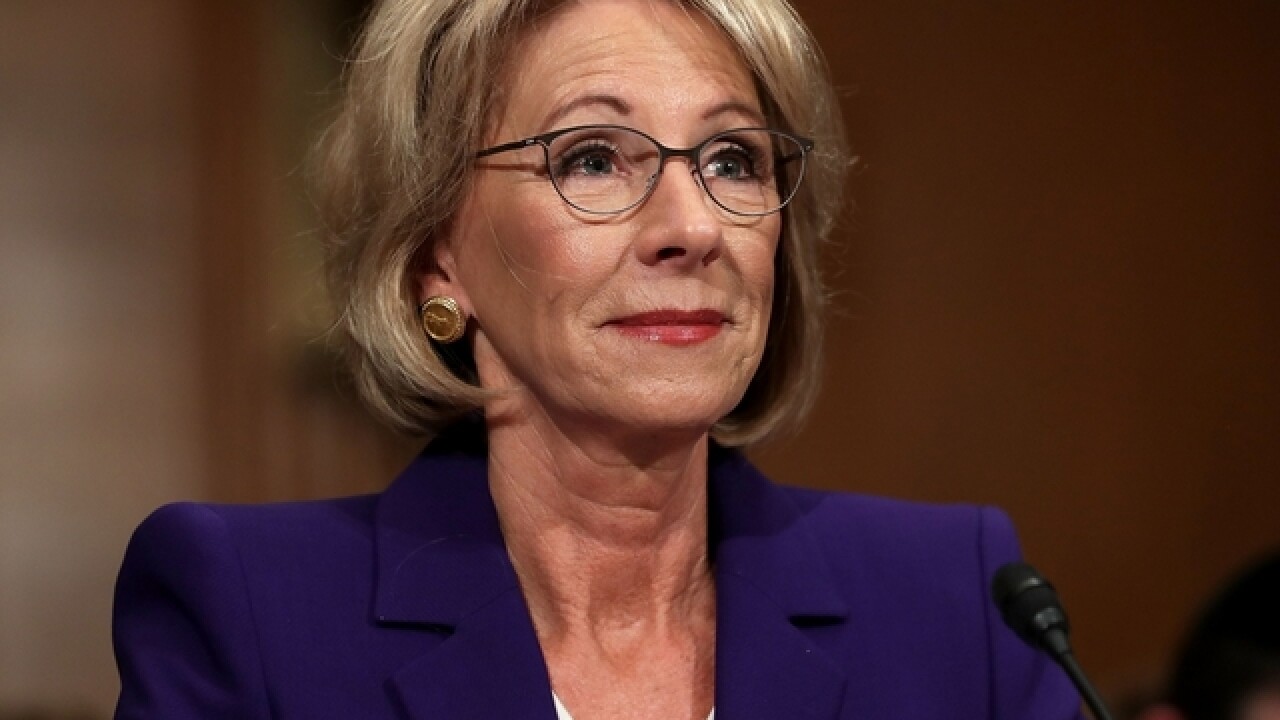 (CNN) -- Betsy DeVos, President Donald Trump's nominee to head the Department of Education, was approved by a Senate committee vote Tuesday -- twice -- despite Democratic efforts to derail her confirmation process.

The Senate Committee on Health, Education, Labor & Pensions voted two times 12-11, along party lines, to approve her nomination. The second vote came after Democrats called for a procedural move to require another and move it to next week. That delay effort failed.

The vote came after the Washington Post reported that DeVos had apparently plagiarized answers she submitted to the panel.

Despite clearing a key procedural hurtle, her eventual confirmation by the full Senate remained an open question as members of her own party told CNN wouldn't commit to voting for her.

Sen. Susan Collins of Maine, who supported DeVos in the committee, said she was was not ready to completely support.

Sen. Lisa Murkowski said she had been inundated with calls from Alaskans raising concerns about DeVos, but said she would support her in the committee vote out of deference to the president.

"Do note, she has not yet earned my full support. ... I would not advise yet that she count on my vote," Murkowski said.