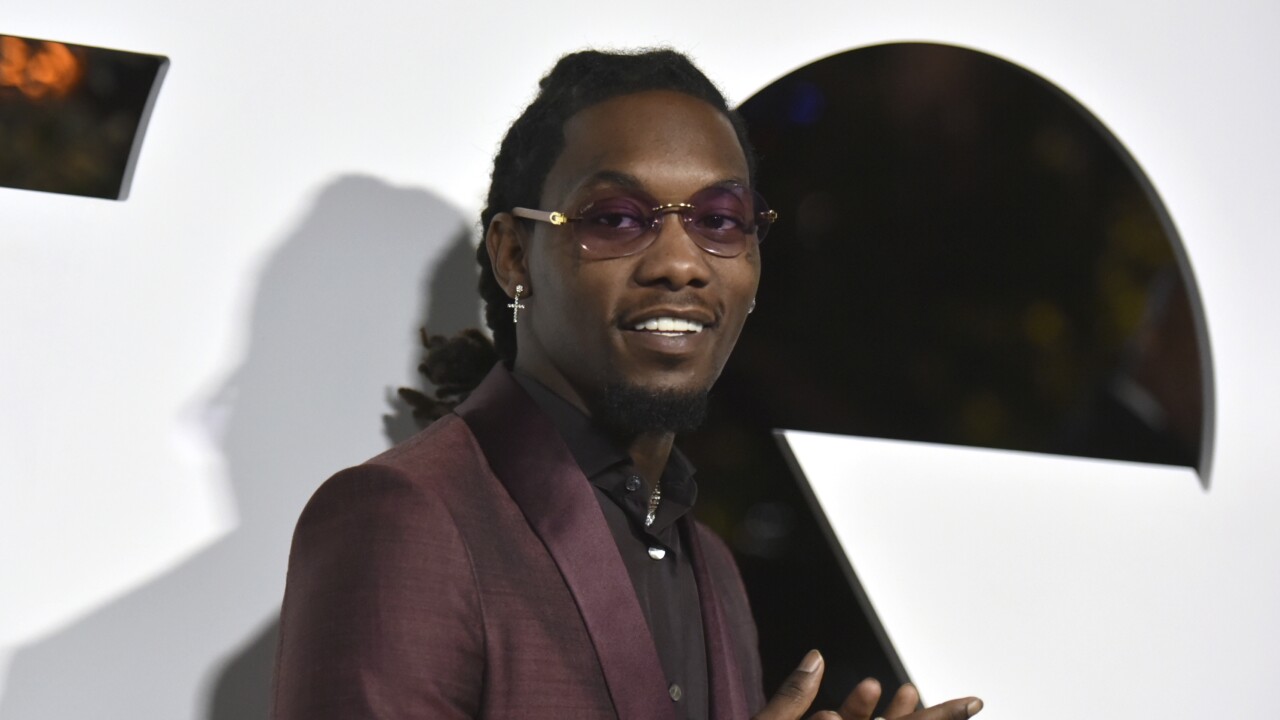 He is seen telling officers he won't put up his hands "because you got guns out. I am not gonna move my hands from the steering wheel."

A female officer is heard explaining that "We were told that you guys were waving guns."

Offset told police "You just watched someone beat my car up with a flag."

Officers are shown opening the car door as Offset claims it is illegal.

The livestream ends as officers pull him out of the car. TMZ reported he was placed in handcuffs.

But Offset was not arrested, Beverly Hills police Sgt. A. Alatorre told City News Service. "We made an arrest but it was not him," she said.

Alatorre said that Marcelo Almanzar was arrested for suspicion of possession of a loaded concealed weapon.

She confirmed the incident was in and around the weekly pro-Trump rally that starts and finishes at the Beverly Hills sign in Beverly Gardens Park, at 9439 Santa Monica Blvd.

"At approximately 5:02 p.m., Beverly Hills Police received information from a passerby of a subject who pointed a weapon from a vehicle at him in the area of South Santa Monica Boulevard and North Beverly Drive. The passerby provided a license plate to the vehicle, and the vehicle was stopped by patrol units a short distance away."

The person at whom the weapon was allegedly pointed did not want to press charges, Subin said. But Almanzar, 20, was arrested for suspicion of carrying a concealed weapon and carrying a loaded firearm in public, with bail set at $35,000.