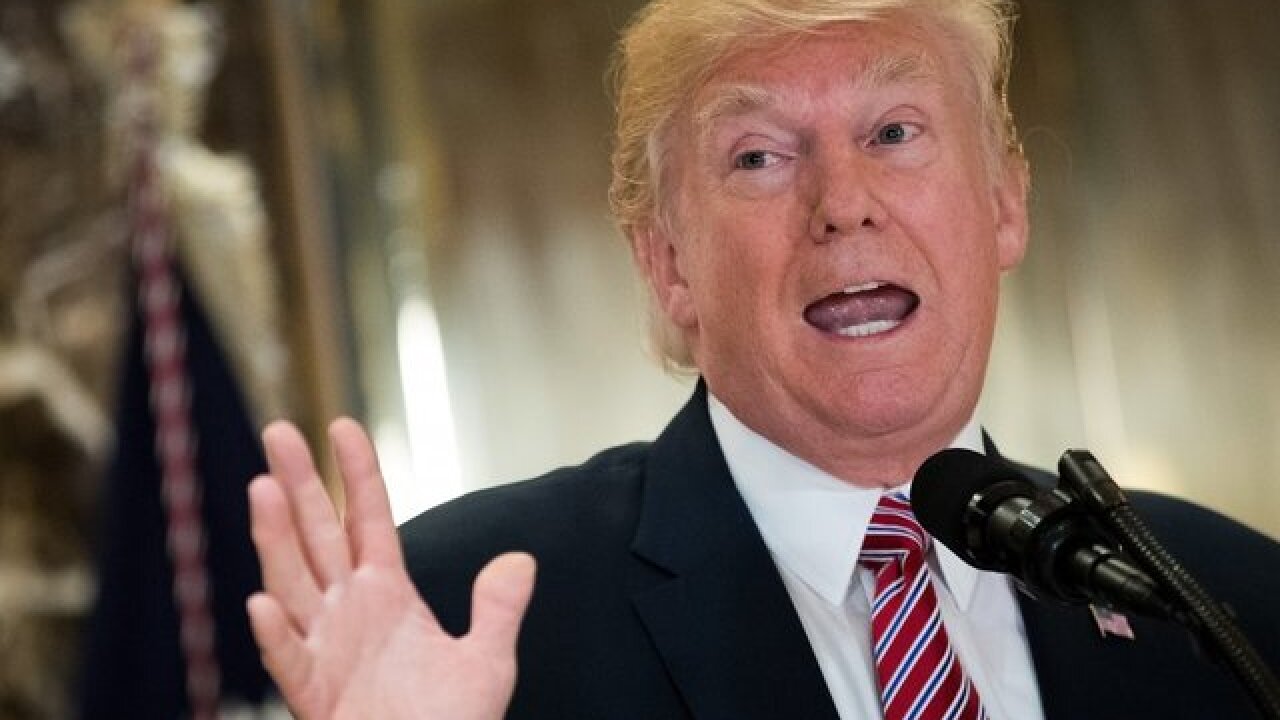 President Donald Trump on Wednesday delivered his opening pitch on tax reform, framing the effort in populist terms by saying Republican plans to overhaul the tax code would be a boon for lower- and middle-class Americans.

"We're here today to launch our plans to bring back Main Street by reducing the crumbling burden on our companies and on our workers," Trump said in Springfield, Missouri. "The foundation of our job creation agenda is to fundamentally reform our tax code for the first time in more than 30 years."

Trump's pitch leaned heavily on the economic benefits tax reform could deliver and aimed to get ahead of Democratic arguments that Trump's tax reform plans would overwhelmingly benefit the wealthiest Americans, as independent tax experts have estimated.

He kicked off his remarks by sending prayers to the victims of Hurricane Harvey in Houston, calling the storm "deeply tragic." Trump said of families of those who died in the storm "all of America is grieving with you and our hearts and joined with you forever"

"We will endure and we will overcome," he said, praising first responders who "saved countless lives."

Trump's speech kicked off in earnest the effort of selling a sweeping overhaul of the tax code.

But GOP congressional leaders and the White House have yet to reach an agreement on the details of the tax plan and proposals are expected to go through congressional committees before the plan takes its final shape.

Trump's attempt to frame the debate comes as he and his administration have raised the need for tax reform in fits and starts since the early days of his presidency. Treasury Secretary Steven Mnuchin initially set the end of August as a timetable for passage of tax reform efforts and, in April, the administration released several topline numbers of its proposal. But the White House and Congress have failed to sync up in their ambitions for reform amid disagreements and as lawmakers remained stuck on failed efforts to repeal Obamacare.

Now, the White House faces a jam-packed fall legislative calendar that includes deadlines to avert a government shutdown and raise the debt ceiling -- and now added pressure to pass a disaster assistance package for recovery efforts in the wake of Hurricane Harvey.

Trump's attempt to turn the national conversation to tax reform comes as the spotlight is firmly fixed on the disaster still unfolding in Texas and Louisiana, where hurricane damage and flooding continues to sending tens of thousands of people from their homes.

Trump made his first trip to Texas on Tuesday and is expected to return to the area on Saturday. A White House official said Trump would again address the disaster during his tax reform remarks.

Trump's first attempt at applying the bully pulpit to his tax reform push also comes on the heels of internal strife over the President's response to the violence in Charlottesville, Virginia, which prompted Trump's top economic adviser Gary Cohn -- who along with Mnuchin has helmed tax reform efforts at the White House -- to publicly rebuke the White House's response to the white supremacist rally there.

"I believe this administration can and must do better in consistently and unequivocally condemning these groups and do everything we can to heal the deep divisions that exist in our communities," Cohn told the Financial Times in a striking rebuke of a president by one of his top advisers.

Still, Cohn said he had decided to remain at the White House and administration officials have said he has remained focused on the tax reform push.

The Trump administration outlined the broad strokes of its proposal for tax reform in April, proposing slashing the number of tax brackets from seven to three and bringing the corporate tax rate down to 15%. It also called for income tax brackets to be set at 10%, 25% and 35% -- the latter for the wealthiest Americans, down from the current 39.6% rate.

But since the administration released that outline, it agreed to give the reins on tax reform to Congress -- working with leaders as part of the "Group of Six" to come up with a single Republican tax reform plan that leaders hope will earn broad support in Congress.

Still, Trump is expected to play a much more public role in driving support for tax reform, taking to the road more frequently to hammer the benefits of tax reform than he did during Republicans' failed effort to repeal Obamacare.

Tax reform was at the core of Trump's economic proposals during his campaign and aides said it's an issue Trump feels he can effectively pitch to the public.