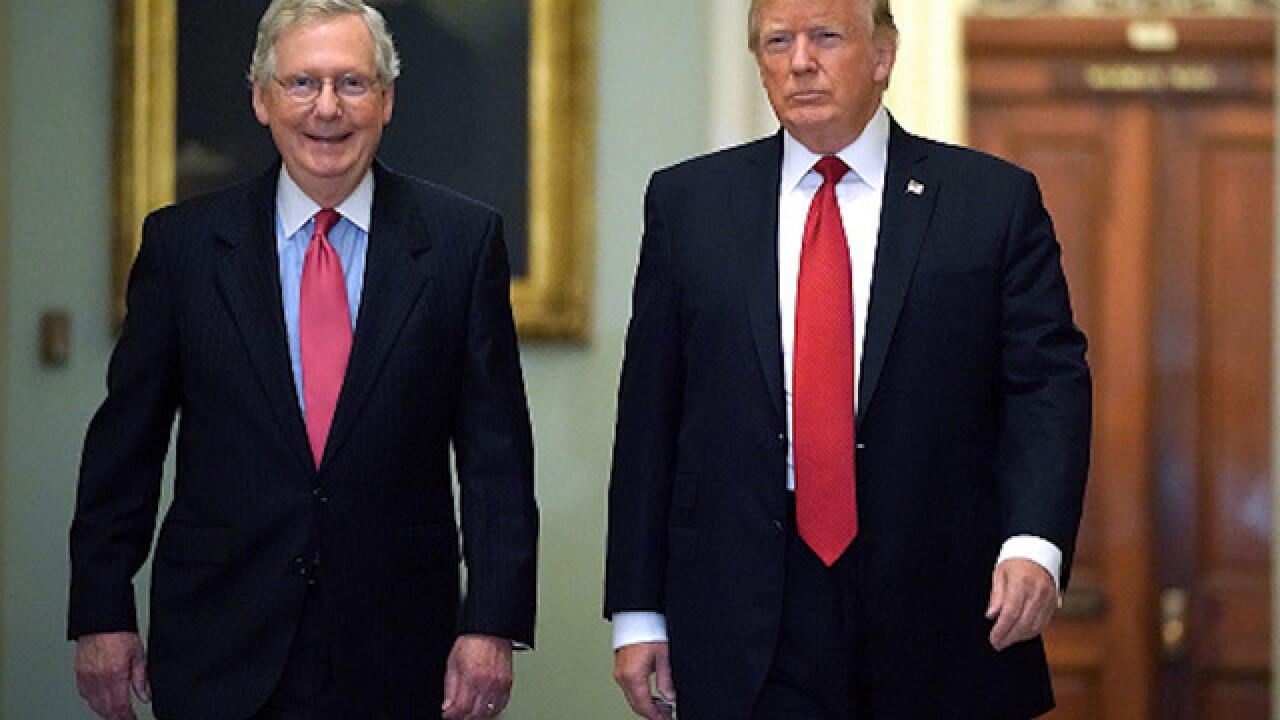 President Donald Trump discussed tax reform and the opioid epidemic, but not his bitter feud with Sen. Bob Corker, during lunch with Republican senators on Tuesday.

The session was hotly anticipated because of the early morning war of words between Trump and the senior Republican on the foreign relations committee.

But as the lunch meeting broke up, senators said the spat didn't arise. Instead, they said the President focused his remarks on selling lawmakers on a tax reform plan he hopes will become his first major legislative achievement after a series of disappointments.

"We're here to try to accomplish things for the American people," said Senate Majority Leader Mitch McConnell, who himself has been subject to Trump's harsh criticism.

"We're all on the same page on the issues I mentioned," he said, naming economic revival as an area of common interest for Senate Republicans and the President.

Tensions rose earlier Tuesday thanks to a war of words between Trump and Corker who, in terming the White House an "adult day care," has implied Trump may be drifting into senility.

The latest spat was prompted by Corker's televised rebuke of Trump's skepticism over a plan to alter 401(k) retirement plans, which came as lawmakers continue to draft tax reform legislation that both sides agree is a necessity. Corker implied Trump was getting ahead of policymakers in his declaration that 401(k) plans would not change under the new law.

Trump responded by firing off volleys on Twitter that labeled Corker a backer of the Iran nuclear deal and an incompetent politician who "couldn't get elected dog catcher."

On the Iran deal charge, Trump's statement was misleading; Corker was an opponent of the 2015 accord negotiated by President Barack Obama's administration. And Trump's claims that he refused to endorse Corker for re-election have been refuted by the senator's staff.

But the remarkable barrage of insults laid bare the tenuous relationship between the President and members of his own party, who will determine his success in passing a massive tax reform passage