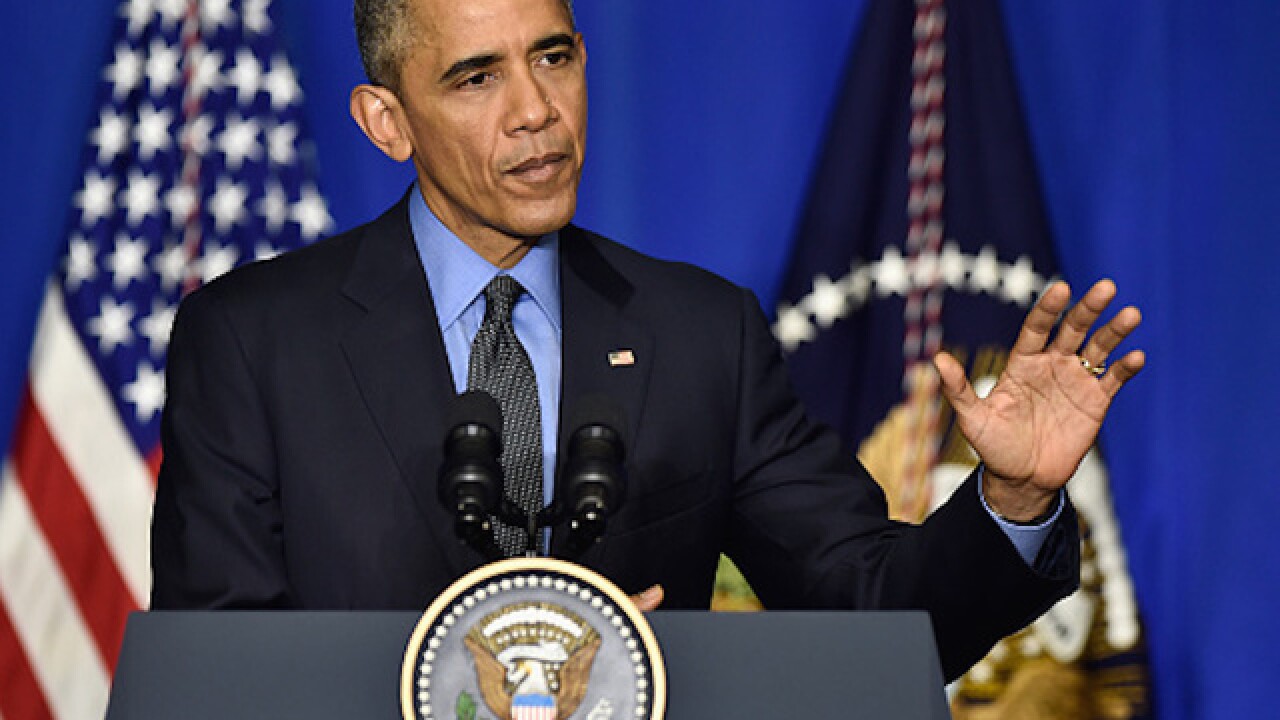 Pascal Le Segretain
<p>PARIS, FRANCE - DECEMBER 01: U.S. President Barack Obama speaks during a press conference at the OECD Conference Centre before leaving the Conference On Climate Change COP21 on December 1, 2015 in Paris, France. Obama spoke about the economic impact of global warming and security risks before flying back to Washington. (Photo by Pascal Le Segretain/Getty Images)</p>

In what has sadly seemed to become routine, President Barak Obama released a statement in response to a mass shooting on Wednesday.

After multiple gunmen shot and killed at least 14 people at a social services center in San Bernardino, Calif., Obama said in an interview with CBS News that his "heart goes out to the victims and families."

"One thing we do know is that we have pattern of mass shootings that has no parallel anywhere else in the world. There's some steps we could take — not to eliminate every one of these mass shootings, but to improve the odds that they don't happen so frequently."

Wednesday's shooting occurred just five days after a lone gunmen opened fire at a Planned Parenthood clinic in Colorado Springs, Colo. In a statement released by the White House on Monday, Obama addressed the disturbing regularity of these mass murders.

This is not normal. We can’t let it become normal. If we truly care about this -- if we’re going to offer up our thoughts and prayers again, for God knows how many times, with a truly clean conscience -- then we have to do something about the easy accessibility of weapons of war on our streets to people who have no business wielding them. Period. Enough is enough.