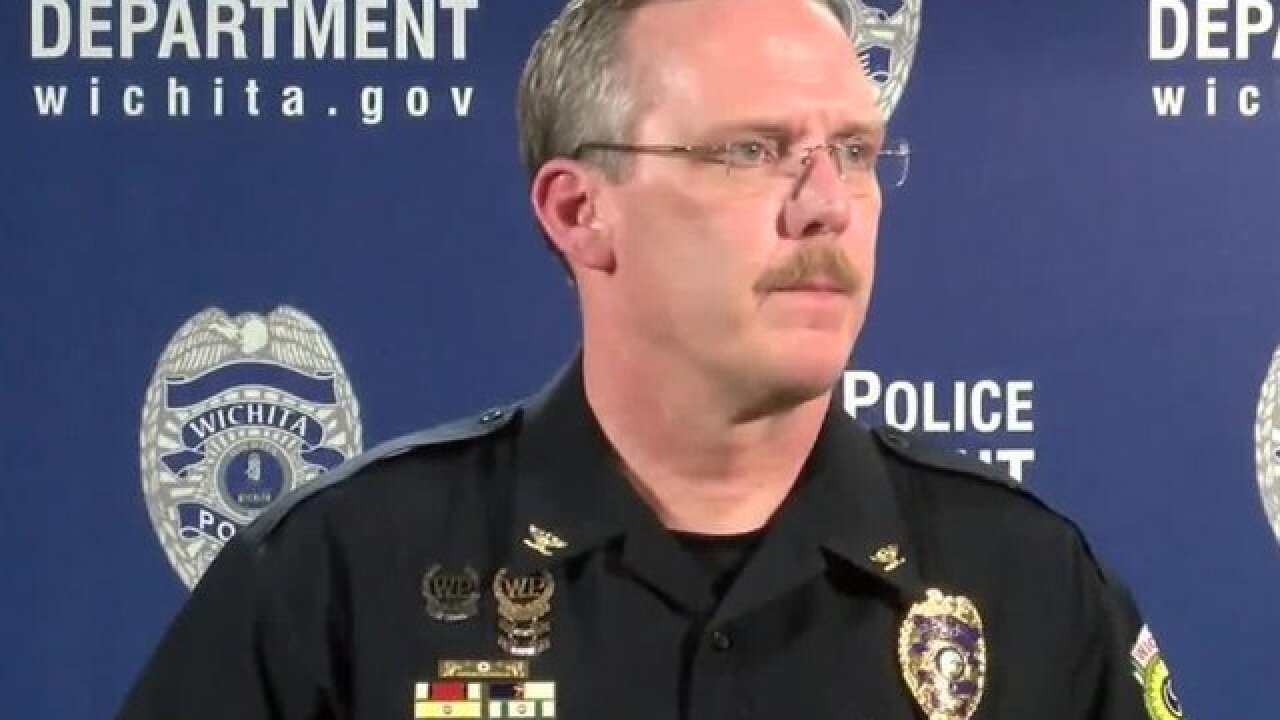 A prank call to police led to a man's death at a home in Wichita, Kansas -- and a man in California has been arrested in connection with the crime.

It's another example of swatting, or a prank in which people falsely report horrific crimes to draw large numbers of law enforcement.

In Wichita, a 28-year-old man was shot and killed Thursday after police responded to a call about a shooting involving hostages. Family members identified the man as Andrew Thomas Finch, CNN affiliate KAKE reported.

In the prank call, the caller said someone had an argument with their mother; that the dad was accidentally shot; and that a brother, a sister and the mother were held hostage, Wichita police Deputy Chief Troy Livingston said.

"We learned through that call that the father was deceased, shot in the head. So that's the information we were working off of," Livingston said. "Our officers came here preparing for a hostage situation. Several got in position. A male came to the front door, and one of our officers discharged his weapon."

Police shot Finch after they say he moved his hands to his waistline, Livingston said. He was taken to a local hospital, where he died. Livingston said Finch was not armed.

Three or four people from the home were taken to be interviewed. Nobody was found dead at the home.

"The irresponsible actions of a prankster put people's lives at risk," he said Friday. "The incident is a nightmare for everyone involved, including the family and our police department. Due to the actions of a prankster, we have an innocent victim. If the false police call had not been made, we would not have been there."

Authorities have not confirmed to CNN the identity of the caller. But CNN affiliate KABC said police in Los Angeles have arrested a man on suspicion of making the fake call.

Very simple to pull off

Swatting dates back to at least the early 2000s, and the FBI first warned the public about it in 2008.

Celebrities are often targets of the prank. In 2013 a 12-year-old Southern California boy admitted to making swatting calls to the homes of Ashton Kutcher and Justin Bieber. But average citizens have been victims too.

The dangerous scams are usually carried out in one of two ways, and both are incredibly simple.

One is called caller ID spoofing. The quick and free trick, using websites and apps, makes a call appear to the 911 operator as though it is coming from inside someone's house.

A second swatting method sidesteps the traditional phone system altogether. Some swatters use a teletypewriter (TTY) relay -- a phone system created for people who are deaf -- to place 911 calls. The TTY system is appealing to swatters because the Federal Communications Commission requires relay services to keep TTY calls, and callers, confidential.

Even if relay operators believe a 911 call may be a hoax, they're generally prohibited from intervening -- calls must be relayed verbatim.