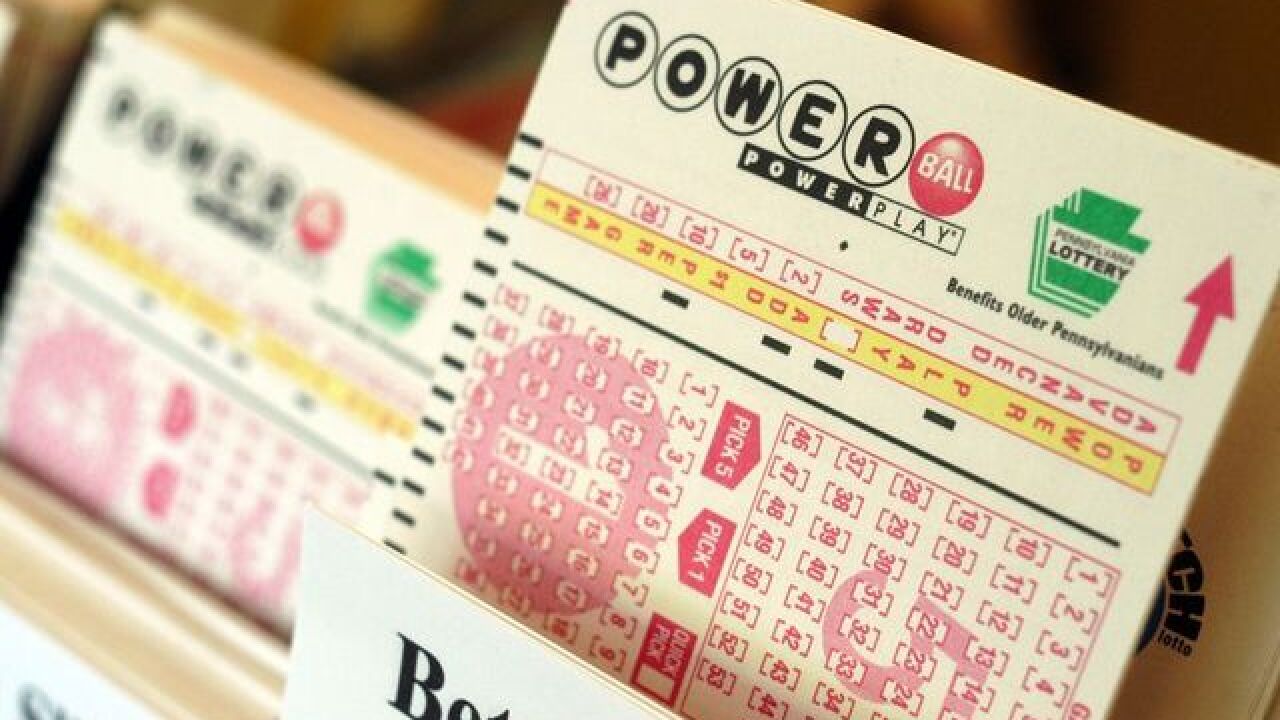 DES MOINES, Iowa (AP) — With Powerball sales breaking previous records, the odds are growing that someone will win Saturday night's $800 million jackpot — but if no one matches all the numbers, the next drawing is expected to soar past $1 billion.

For this weekend's record drawing, about 65 percent of the possible number combinations will have been bought, officials with the Multi-State Lottery Association, which runs the Powerball game, said Friday. That percentage could rise if the jackpot estimate is increased — but even lottery officials say they don't know what to expect.

Since Nov. 4, the Powerball jackpot has grown from its $40 million starting point as no one has won the jackpot. Grief is more certain what will happen if no one matches the numbers on five white balls and the one red Powerball this time.

"It will definitely go past $1 billion if we roll past this Saturday," he said.

This kind of huge jackpot was just what lottery officials hoped for last fall when they changed the odds of matching all the Powerball numbers, from about one in 175 million to one in 292.2 million. By making it harder to win a jackpot, the tougher odds made the ever-larger prizes inevitable.

The bigger prizes draw more players, who in turn make the jackpots even bigger.

So many people were buying Powerball tickets in Iowa that lottery spokeswoman Mary Neubauer said some stores were running out of paper for tickets, leaving lottery workers scrambling to resupply the outlets.

The odds are a matter of statistics and probability, but they're facts that most players may not completely understand, said Ron Wasserstein, executive director of the Alexandria, Virginia-based American Statistical Association.

"Once you get numbers that size, it's hard for people to wrap their minds around them," Wasserstein said.

It's not like players ever had a great shot at winning a jackpot, but by lengthening the odds, he said, "you take odds that were really, really small before, and now they're nearly twice as small as they were before."

Players in Lincoln, Nebraska, said they don't expect to win, but most noted that eventually, someone will take home all that money.

Gary Diaz of Lincoln said he's bought one or two Powerball tickets every week since a group of his co-workers won a lottery jackpot in 2004.

"Ever since then, I go, hell, if it happened once, it's gotta happen again," Diaz said. "It's all by chance."

Bashir Rahman, a chef from Moscow, Idaho, who was traveling through Nebraska, said he decided to buy a couple tickets at a Casey's gas station in Lincoln, but he realizes it's a long, long shot.

"You buy more than two, you're just stupid," he said.

Wasserstein said he understands why so many people buy Powerball tickets, calling it a small price for a chance to dream of immense riches. But Wasserstein said he and his colleagues know too well the nearly impossible odds to plunk down even $2 for a ticket.

"I can assure you," he said, "there is no office pool for the lottery at the American Statistical Association."