Petition to Melania Trump: Move to White House or pay 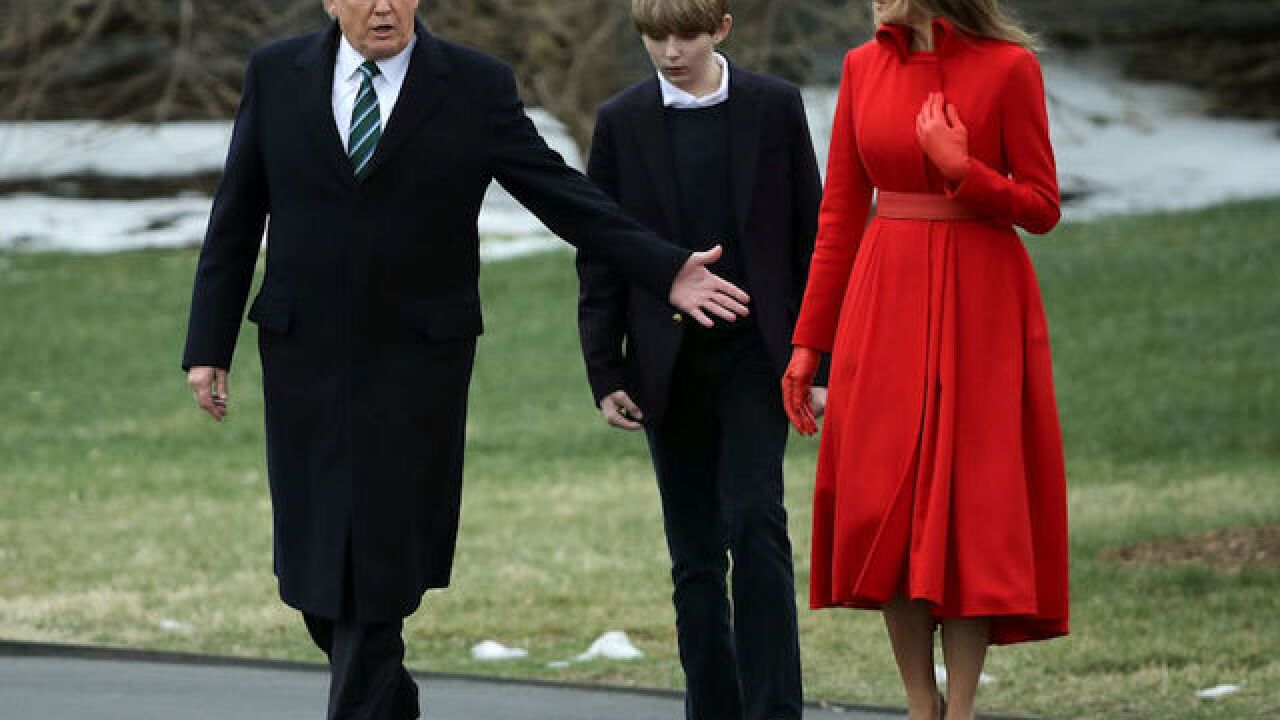 More than 160,000 petitioners are requesting First Lady Melania Trump move to the White House or pay for the additional security expenses that have been incurred by her and her son living in Trump Tower.

There have been varying reports on how much it costs to secure Trump Tower while the First Lady and son Barron live in New York. Part of the reason for the unknown costs is the Secret Service won't release security expenses over security concerns.

In addition to Secret Service protection, New York police provides additional security for the presidential family while in the city. NYPD officials said it costs $127,000 and $145,000 a day to provide backup to the Secret Service when the First Lady and son are in New York.

"The U.S. taxpayer is paying an exorbitant amount of money to protect the First Lady in Trump Tower, located in New York City. As to help relieve the national debt, this expense yields no positive results for the nation and should be cut from being funded," the petition reads.

The two have stayed in New York since President Donald Trump took office on Jan. 20. The First Lady has stayed with Barron in New York as the First Family decided not to switch Barron's school.

But petitioners said that saving government money should take precedence.

"I'm signing because the saved money could be used for school lunches or meals on wheels. Knowing full well that the (saved) money will be wasted in some other way," Dennis Trabant said.