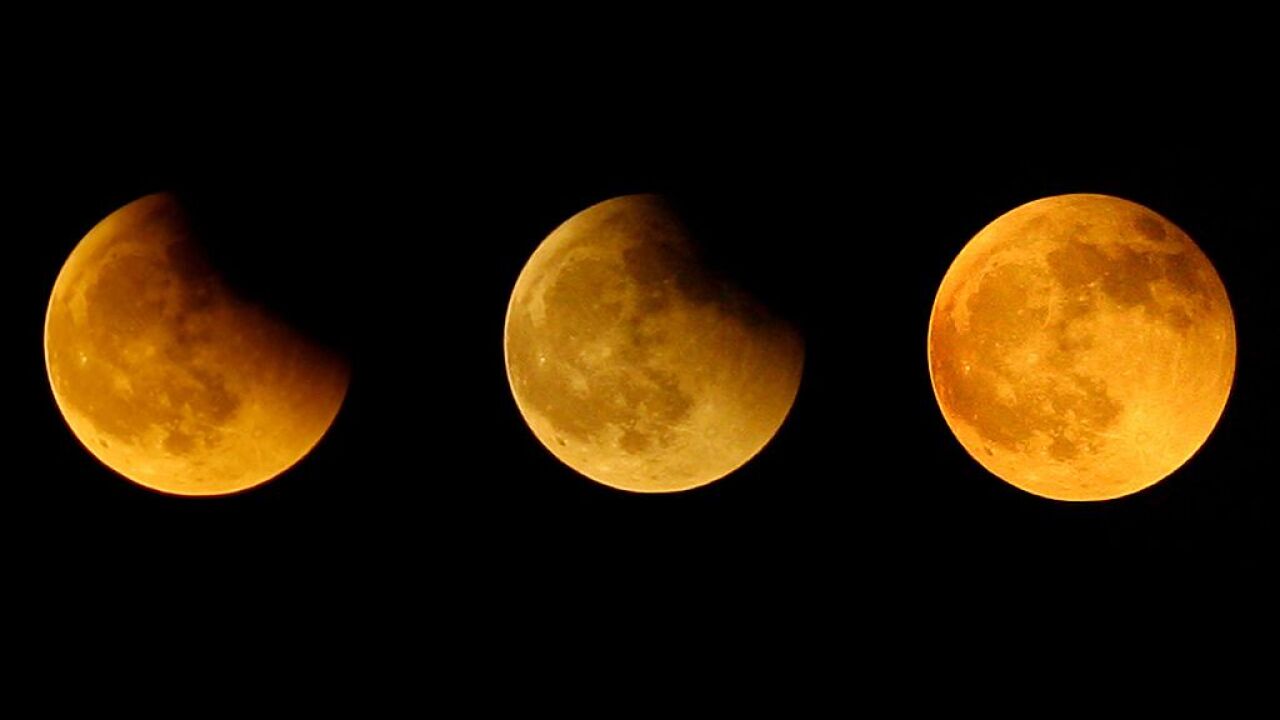 This year began with a partial solar eclipse. A little more than halfway through 2019, much of the world will see a partial lunar eclipse Tuesday night or Wednesday morning, depending on where you live.

The partial lunar eclipse will be visible in Africa, most of Europe, a large portion of Asia, the eastern part of South American and the western part of Australia, reported the Europe-based Royal Astronomical Society . North America will miss out on the view except for its most eastern points, like Nantucket, parts of Maine and Nova Scotia.

In the UK, the moon will be low in the sky, so unobstructed views of the southern and southeastern horizon are best, according to the astronomers with the Royal Astronomical Society. The moon will rise at 21:07 BST, showcasing the partially eclipsed moon. Check Time and Date to see when it will happen in your area.

Lunar eclipses can occur only during a full moon. The moon will be in perfect alignment with the sun and Earth on Tuesday, with the moon on the opposite side of the Earth from the sun.

Earth will cast two shadows on the moon during the eclipse. The penumbra is the partial outer shadow, and the umbra is the full, dark shadow.

When the full moon moves into Earth's shadow, it will darken, but it won't disappear. Sunlight passing through Earth's atmosphere will light the moon in a dramatic fashion, turning it red.

Depending on the weather conditions in your area, it may be gray, rusty, brick-colored or blood-red.

This happens because blue light undergoes stronger atmospheric scattering, so red light will be the most dominant color highlighted as sunlight passes through our atmosphere and casts it on the moon.

The Virtual Telescope Project will share a live stream of the lunar eclipse just a few degrees apart above the skyline of Rome.