Oregon allows sale of pot edibles to the public 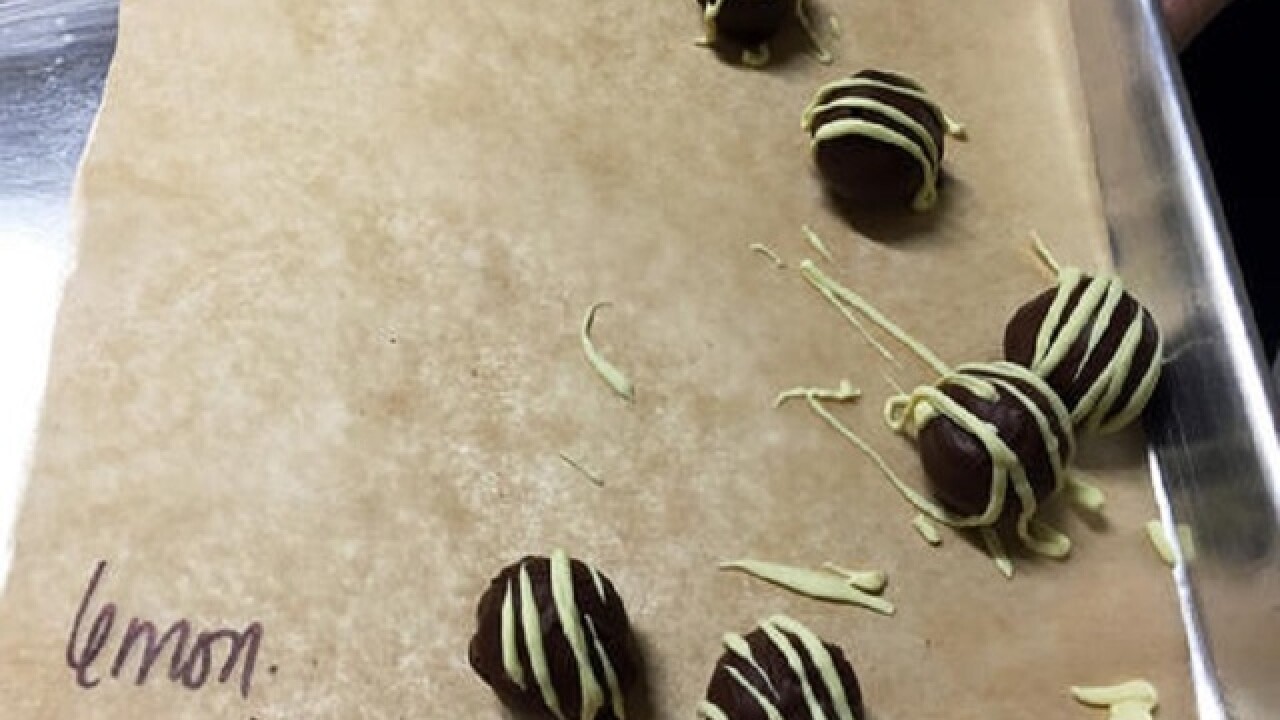 PORTLAND, Ore. (AP) — Ray Berrian has been smoking marijuana for years. But on Thursday he walked into a store on a busy street in the Portland suburbs and legally bought an "edible" — three small squares of rich chocolate infused with cannabis oil — for the first time.
Berrian, a 66-year-old retired elementary school teacher, was one of hundreds of recreational users who lined up at retail stores around Oregon to buy such pot-infused sweets as the state made their sale legal to the general public for the first time.
"It's new for me, it's new for a lot of my friends that there can be such a thing. I'm not really familiar with edibles so this will be actually new for me," he said. "I'm kind of excited about getting home and trying these with some coffee."
Recreational marijuana sales became legal in Oregon last fall.
Now, medical marijuana dispensaries participating in an early sales program may add edibles and extracts to the things they can legally sell to recreational users.
Under the current early sales program, one dose of cannabis-infused edible can have no more than 15 milligrams of THC; consumers can buy up to 1 gram of oil, or cannabis extract, with no more than 1,000 milligrams of THC per cartridge.
Customers are limited to one purchase per day.
The Oregon Liquor Control Commission is in the process of licensing producers and expects to authorize recreational shops later this year. Oregon also wants to cap the dose for individual edible products at 5 milligrams each — half of what's allowed in Colorado and Washington state.
Dispensaries participating in the early recreational sales program can do so until Dec. 31, by which point Oregon authorities hope to have a licensing program in place for stand-alone recreational marijuana stores.
Marijuana entrepreneurs have been gearing up for Thursday's business for weeks, anticipating a rush by the general public on the newly available products. Edibles had already been available for legal sale to medical marijuana card holders.
At Chalice Farms, every employee was recruited to wrap and box up hundreds of pot-infused goodies before their four Portland-area stores opened their doors at 9 a.m. The kitchen at the company's headquarters can produce 500 packages of candies a day.
Customers poured into the company's retail location in Tigard, southwest of Portland as soon as its doors opened.
By 11 a.m., the lime-flavored, cannabis-infused gummies were sold out. Business was brisk at the glass case displaying brightly colored boxes of truffles in salted caramel, coconut, lemon meringue and peanut butter flavors.
Other offerings included gummies in a variety of fruit flavors and chocolate toffees, white chocolate chai squares and milk chocolate infused with hazelnut alongside the marijuana. The edibles sold for $12 to $16 per package.
"Right now, the whole team, it's all hands on deck, and they're working hard to get it done," said William Simpson, the company's president. "This is a huge day for Oregon."
Copyright 2016 The Associated Press. All rights reserved. This material may not be published, broadcast, rewritten or redistributed.