Onions linked to salmonella outbreak that has sickened nearly 400 people 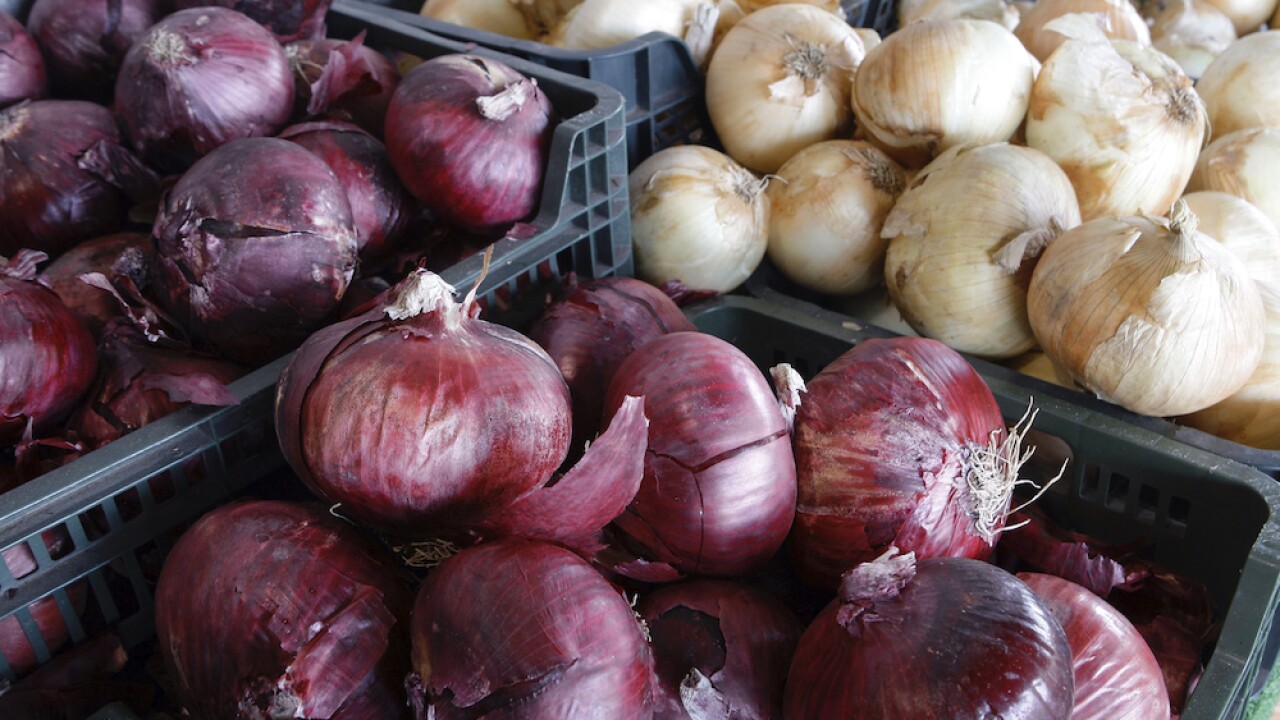 Paul Sancya/AP
Red and Spanish onions are shown at Eastern Market in Detroit, Wednesday, July 16, 2008. Food prices showed a big increase in June, rising by 0.7 percent, more than double the 0.3 percent increase of May. Vegetable prices shot up by 6.1 percent, the biggest increase in nearly three years. (AP Photo/Paul Sancya)

Thomson International issued a voluntary recall Saturday for thousands of pounds of onions due to possible salmonella contamination.

The recall came a day after the CDC issued a food safety alert for onions produced by the company after nearly 400 people from 34 states had been sickened with salmonella. Fifty-nine of those who were sickened were hospitalized.

According to the CDC's food alert, red onions are most likely the cause of the outbreak, but because of the way the onions are grown and harvested, other types may have been contaminated.

According to the FDA, the onions were sold in mesh sacks as small as two pounds and in cartons as large as 50 pounds. They were shipped to grocery stores in all 50 states and Canada on May 1, and were sold under a variety of brand names.

The agency also recommends cleaning and sanitizing any surfaces that may have come into contact with the onions, including countertops, refrigerator drawers, knives and cutting boards.

Restaurant goers should also ask where establishments got their onions, and not order any meals with onions if it's unclear where they were produced.

Salmonella usually presents with fever, diarrhea (which may be bloody), nausea, vomiting and abdominal pain. People older than 65 and younger than 5 are more likely to suffer severe illness.