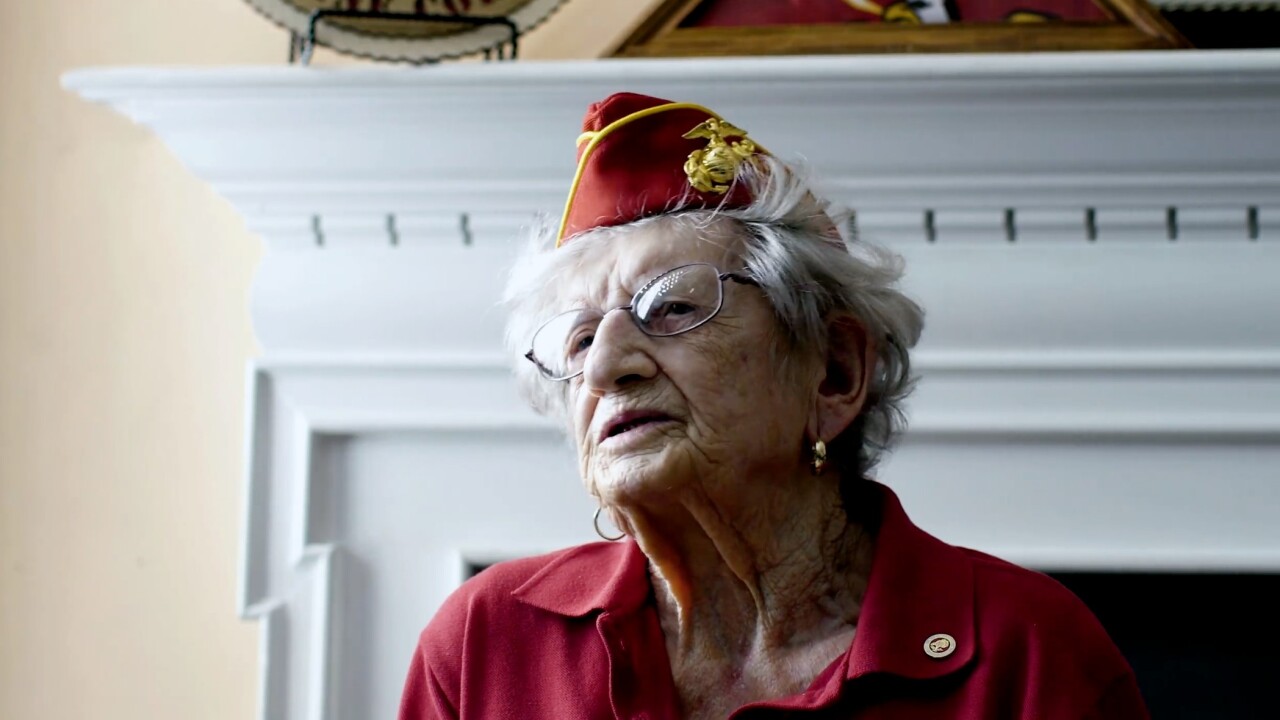 The USMC says Cole was born on Sept. 19, 1913 in Warren, Pennsylvania, and enlisted in the Marine Corps after the attack on Pearl Harbor in 1941.

“Everyone was out doing something, the women helping The Red Cross or even in churches, they were knitting things, so I decided that I wanted to do something and I would go into the Marine Corps,” said Cole in the video.

Cole was part of a female integration into what were considered male-dominated career fields within the Marine Corps during World War II, according to the USMC. That allowed the Marines to free up personnel to fight the war in the Pacific.

Cole now lives in Kannapolis, North Carolina, according to the city.

Happy 107th Birthday to Dot Cole! Sgt. Cole, of Kannapolis, is the oldest living U.S. Marine in the United States. She joined the Marines in 1943 during WW II. She completed her training at Camp Lejeune and was then stationed at Quantico primarily in an administrative role. pic.twitter.com/mHZGMPNIxO

In a tweet wishing her a happy birthday, the city says Cole joined the Marines in 1943, completed her training at Camp Lejeune and was then stationed at Quantico, primarily in an administrative role.