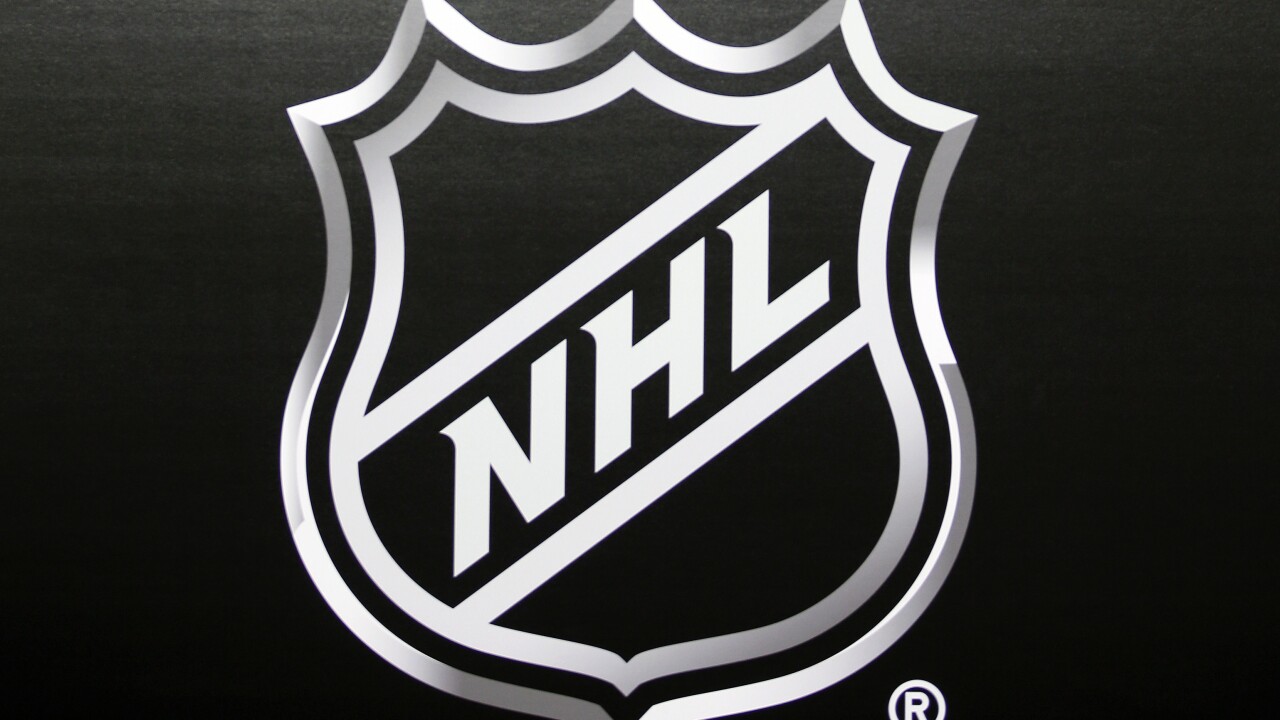 Copyright 2016 The Associated Press. All rights reserved. This material may not be published, broadcast, rewritten or redistribu
John Locher/AP
FILE - In this June 22, 2016, file photo, the NHL logo is shown during a press conference in Las Vegas. (AP Photo/John Locher, File)

NEW YORK, N.Y. – The National Hockey League has announced its Phase 2 framework that will govern how players and clubs return to playing.

In the second phase of its plan, the NHL announced in a memo on Monday that it will allow clubs to reopen their training facilities.

The league will allow gatherings of small groups of players, no more than six at a time, to engage in individualized training activities on a voluntary basis. This training will only be permitted where coronavirus restrictions have been relaxed enough.

In cities where coronavirus restrictions prohibit players from training together, the NHL says it will work with the affected clubs to facilitate alternative arrangements, “to avoid competitive concerns.”

For on-ice sessions, only players will be allowed to be on the ice. The NHL says coaches and other team personnel will not be allowed.

Players will also be required to wear face coverings at all times, except when they’re exercising or on the ice.

The NHL says it has not yet determined when Phase 2 will start or how long it may last. Officials say it they’re monitoring developments in each club’s market and may adjust the overall timeline if appropriate.

The new stage comes after Phase 1, which began on March 12. In the first phase, players and staff were told to "self-quarantine."