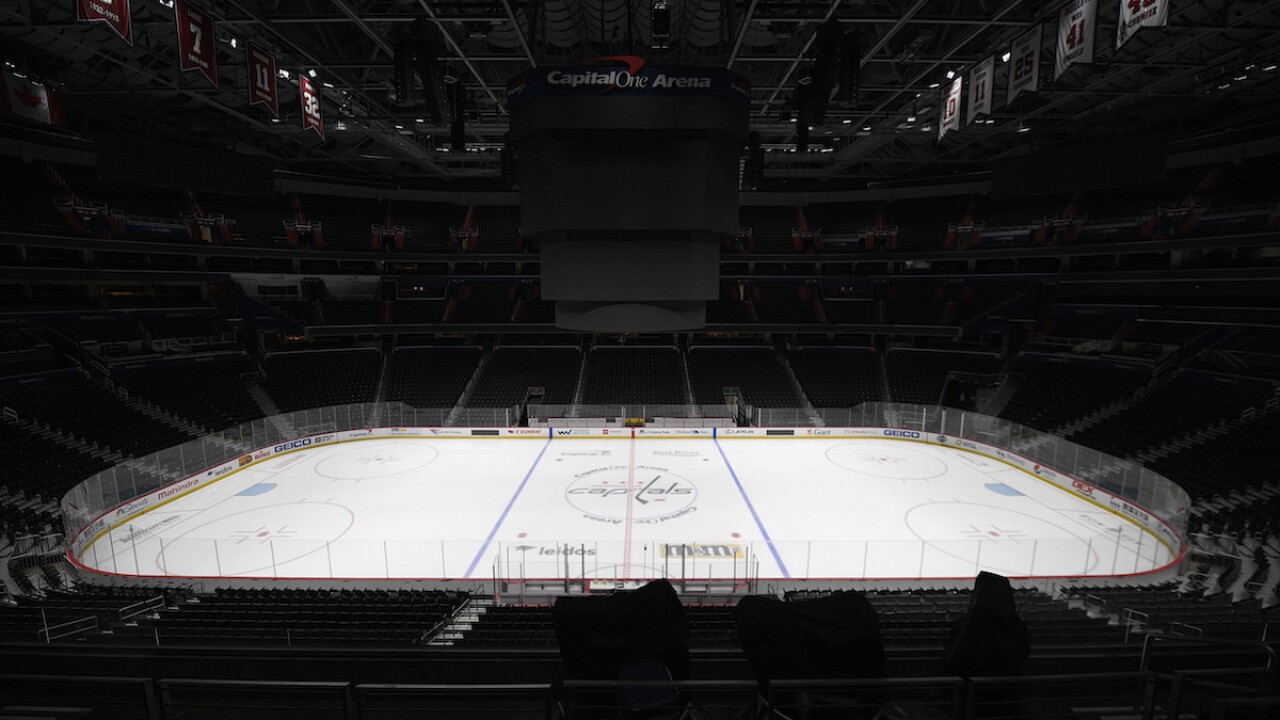 Copyright 2020 The Associated Press. All rights reserved.
Nick Wass/AP
The ice in Capital One Arena is seen, Thursday, March 12, 2020, in Washington. The Washington Capitals play their home NHL hockey games in the arena. (AP Photo/Nick Wass)

The NHL announced plans on Monday to resume play on August 1 with training camp slated to get underway next week.

Currently, the NHL is in “Phase 2” of its reopening plan, which allows players to practice on a voluntary basis at team facilities. On July 13, full-team practices will be held at team practice facilities or arenas.

On July 26, teams will travel to two hub cities in advance of a 24-team tournament slated to begin August 1. The CBC and Sportsnet both report that Toronto and Edmonton will serve as the two “hub cities” for resumption of play. The cities will likely be chosen as coronavirus cases are declining in Canada while increasing in the United States.

So far, the league has administered a total of 2,900 tests, with 396 having been tested so far.

The league suspended play in mid-March in an effort to help stop the spread of the virus. The league left off as most teams played roughly 70 games of an 82-game schedule.