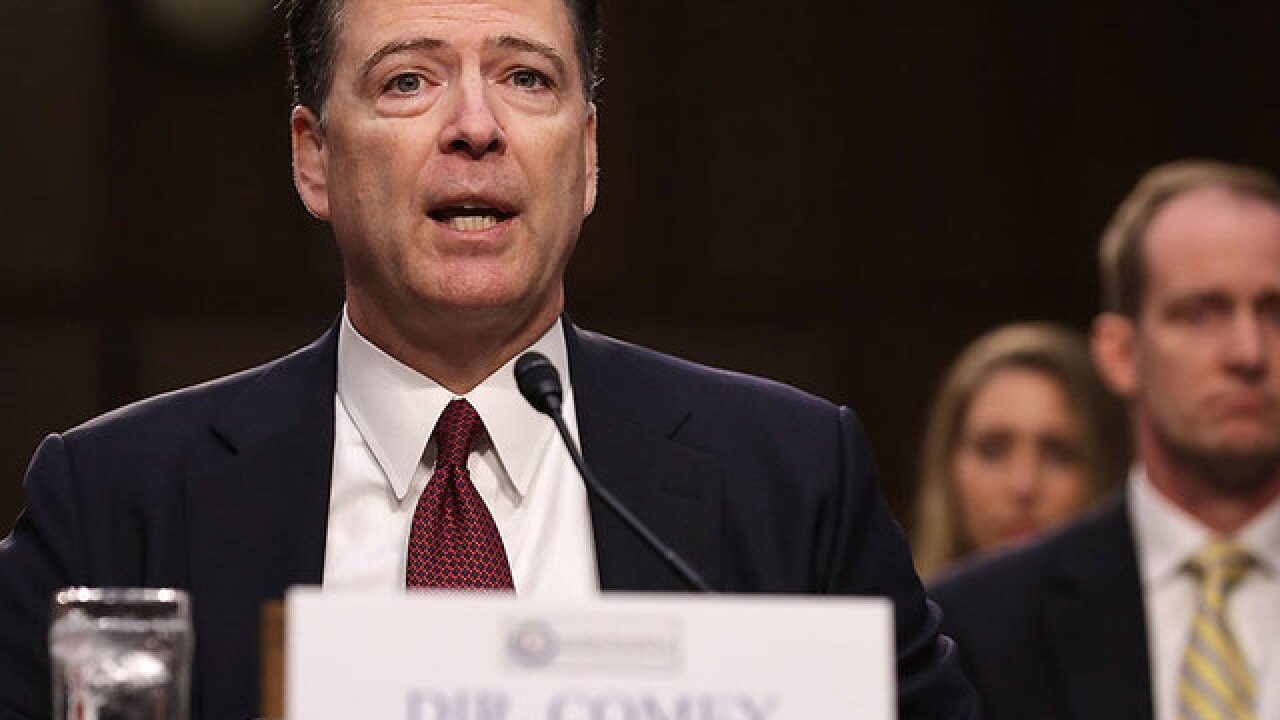 Image copyright 2017 Getty Images. All rights reserved. This material may not be published, broadcast, rewritten, or redistributed.

Former FBI Director James Comey's testimony on Thursday backed up some of the anonymous-sourced news reports about the FBI, but Comey took exception to one specific New York Times story from February.

"In the main, it was not true," Comey told the Senate Intelligence Commitee, disputing a February 14 story titled "Trump Campaign Aides Had Repeated Contacts With Russian Intelligence."

Comey's comment was part of a broader media critique. But The Times shot back a few hours after his testimony, saying it has found "no evidence that any prior reporting was inaccurate."

Comey never specified what portions of the story were supposedly wrong.

In a statement, The Times said, "Neither the F.B.I., nor Mr. Comey would comment or elaborate on what Mr. Comey believes to be incorrect. Should they provide more information, we would review that as well."

At issue is the reliability of anonymous sources and the judgment of news organizations who report information from these sources.

Media critics, particularly pro-Trump voices on the right, have been skeptical and sometimes downright hostile toward news outlets that have relied on anonymous sources for information about ongoing probes into Russian interference in the 2016 election.

The news organizations say they have to protect their sources in some situations.

But journalists have occasionally been led astray by sources, resulting in corrections or clarifications to stories.

The Times article on February 14 had new details about Trump campaign officials having "repeated contacts with senior Russian intelligence officials in the year before the election."

It was attributed to "four current and former American officials, all of whom spoke on the condition of anonymity because the information was classified."

The story evidently set off alarm bells in Washington. Sen. James Risch, Republican of Idaho, said at Thursday's hearing that Comey talked with some lawmakers shortly after the story came out and told them the story was off-base.

Risch said: "You sought out both Republican and Democrat senators to tell them that, hey, I don't know where this is coming from, but this is not the -- this is not factual. Do you recall that?"

"In the main, it was not true," Comey added. "And, again, all of you know this, maybe the American people don't. The challenge -- and I'm not picking on reporters about writing stories about classified information -- is that people talking about it often don't really know what's going on. And those of us who actually know what's going on are not talking about it. And we don't call the press to say, 'Hey, you got that thing wrong about this sensitive topic.' We just have to leave it there."

Before the hearing even ended, some conservative media commentators were using Comey's comments to disparage The Times story as "fake news."

Later in the day, the Republican National Committee circulated a message to reporters titled "The New York Times Has Some Explaining To Do."

The Times published a detailed followup around 5 p.m. on Thursday.

It noted that "multiple news outlets have since published accounts that support the main elements of The Times's article, including information about phone calls and in-person meetings between Mr. Trump's advisers and Russians, some believed to be connected to Russian intelligence."

Part of the dispute might be about the definition of Russian "intelligence officers."

CNN published a similar report about communication during the campaign between advisers close to Trump and Russians known to U.S. intelligence. CNN stands by the story.