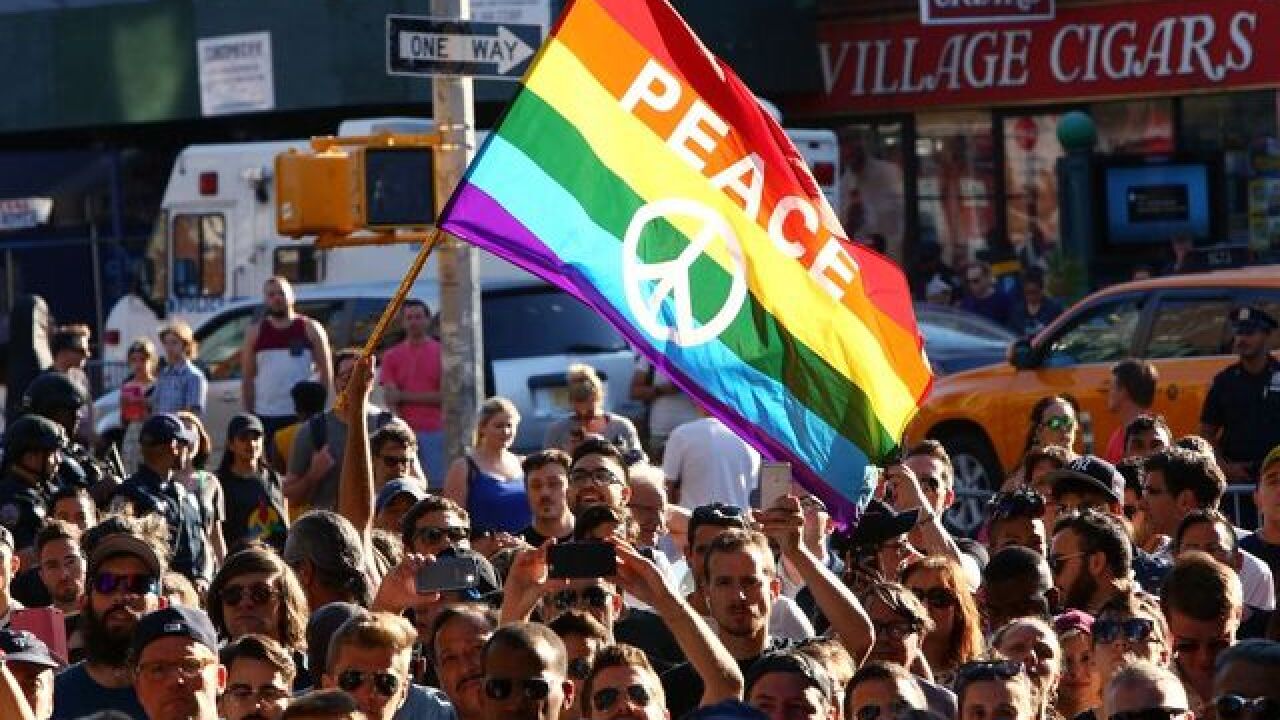 RALEIGH, N.C. (AP) — North Carolina lawmakers took steps Thursday to set aside a half-million dollars for the legal defense of a law limiting protections for LGBT people as a judge sought to streamline a cluster of lawsuits it has inspired.

Republican lawmakers were mapping out the end of the session, including possible changes to the law known as House Bill 2, which has attracted high-profile critics including the NBA. The session could end this weekend.

But there was no appetite to change the provision requiring transgender people to use restrooms corresponding to the sex on their birth certificate in schools, universities and many other public buildings. The law also excludes sexual orientation and gender identity from statewide anti-discrimination protections.

Pressure to change the law has come from several quarters including NBA commissioner Adam Silver, who said earlier this month that there needed to be progress on changing the law this summer to ensure the league keeps its 2017 All-Star Game in Charlotte.

The league issued a joint statement late Thursday with the Charlotte Hornets saying they were doubtful that proposed changes would go far enough.

"We have been engaged in dialogue with numerous groups at the city and state levels, but we do not endorse the version of the bill that we understand is currently before the legislature," the statement said.

Legislative leaders were weighing possible adjustments, while trying to determine whether there's enough support to get the legislation to Gov. Pat McCrory's desk. McCrory has urged lawmakers to repeal a provision preventing workers from using state law to sue over workplace discrimination.

"The governor has been public in what he has asked us to look at," House Speaker Tim Moore, R-Cleveland, said Thursday. "We are reviewing those matters and it's just still in discussion."

Moore confirmed other changes are being considered but he declined to elaborate.

The Senate also approved a plan to give McCrory's office $500,000 to defend the law in court, by transferring money from a disaster relief fund. The measure still must pass the House.

Entertainers including Bruce Springsteen canceled concerts to protest the law, while scores of business leaders signed a letter seeking its repeal. Rallies to support the law, meanwhile, drew thousands of conservatives to Raleigh.

Other legislators have said possible changes include increasing criminal penalties for people who commit sexual assaults in bathrooms and locker rooms. There also could be dispensations for transgender people who have undergone sex reassignment surgery but were born in the few states where the sex on a birth certificate can't be changed.

Gay rights advocates held a news conference to say nothing short of the law's repeal would suffice.

"There is only one fix for H.B. 2, and it's full and total repeal," said Human Rights Campaign President Chad Griffin. "If they choose not to and Gov. McCrory and his political cronies run out the clock on this short session, they won't be able to outrun the voters of this state in November."

McCrory discussed the law privately with Democratic legislators at the Executive Mansion.

A spokesman for McCrory's re-election campaign, Ricky Diaz, later said in an email: "Any Democrat standing with the Human Rights Campaign and other out-of-state liberal interest groups by refusing any compromise is attempting to drive the NBA All-Star Game from North Carolina."

Transgender residents and the U.S. Department of Justice have challenged the law in court, while McCrory, legislative leaders and a citizen group filed lawsuits to defend it. Legislative leaders will have their own legal expenses after filing a lawsuit separate from the governor's.

Federal Judge Louise Wood Flanagan, who was overseeing lawsuits by the legislative leaders and citizens' group, on Wednesday ordered that they be sent to another federal court hearing separate challenges to the law. Her move increased the likelihood that at least four of the five cases will end up before one judge. It also denied efforts to consolidate the two cases with the lawsuit filed by McCrory before a different judge.

"The risk of inconsistent adjudication is high and the relative expense of multiple proceedings, as compared to a single proceeding, is plain," Flanagan wrote.