MLS returns with lengthy moment of silence before kickoff 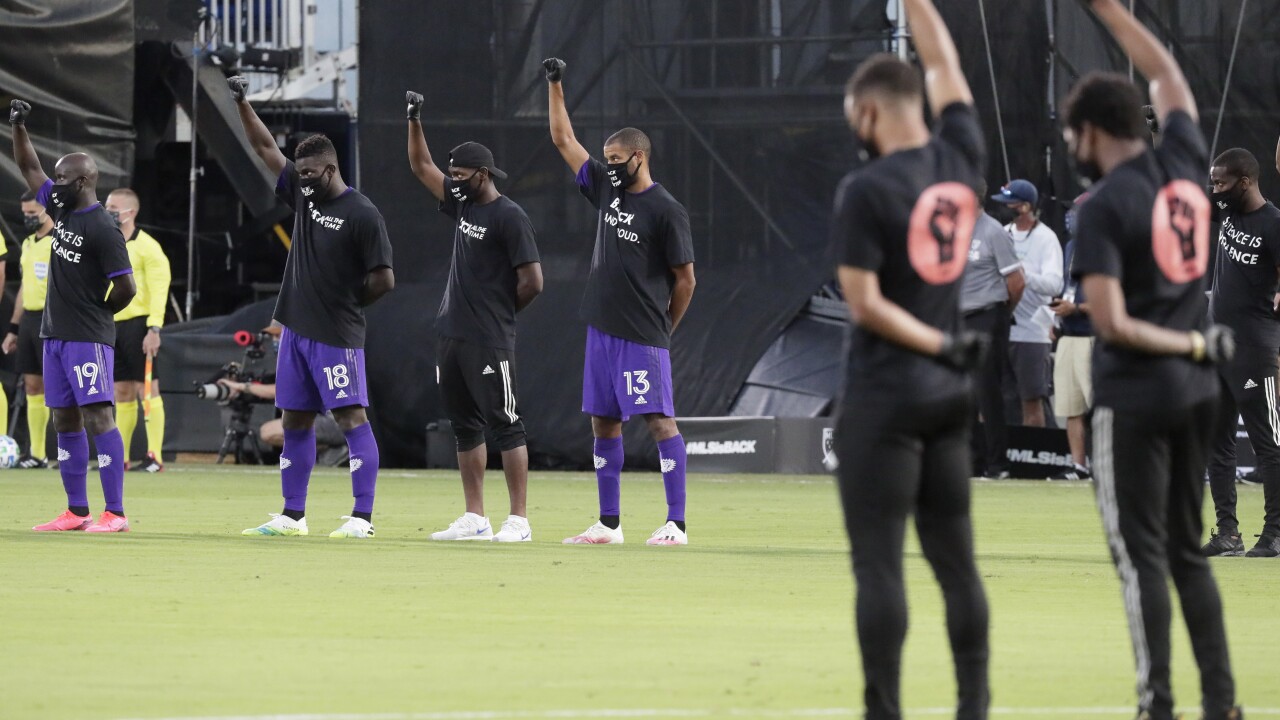 Copyright 2020 The Associated Press. All rights reserved
John Raoux/AP
Orlando City players, left, raise their fists in the air in solidarity with other MLS teams before the start of an MLS soccer match, Wednesday, July 8, 2020, in Kissimmee, Fla., while wearing shirts and masks with messages about race. (AP Photo/John Raoux)

In its first game in four months, the MLS returned to action in Orlando on Wednesday between hometown Orlando City and Inter Miami CF.

But before the two teams kicked off the long-awaited return to team sports in the US, the two squads stood silently for several minutes in solidarity with the Black Lives Matter movement. The Memorial Day death of George Floyd while in police custody prompted national unrest and protest over incidents of police brutality.

The return to play is part of a six-week tournament being held in Orlando. The MLS said it will not play the national anthem before games during the tournament.

During the moment of silence, players in the starting lineup took a knee while reserves and players from other MLS squads stood around the field with one fist held high into the air.

The protests were akin to ones led by former NFL quarterback Colin Kaepernick, who kneeled during the preegame national anthem during the 2016 season.

The MLS said that members of the Black Players for Change promotes the fight for racial equality and human rights, as the group was formed to give Black players in MLS a voice and assist in making systemic change both inside and outside the league.