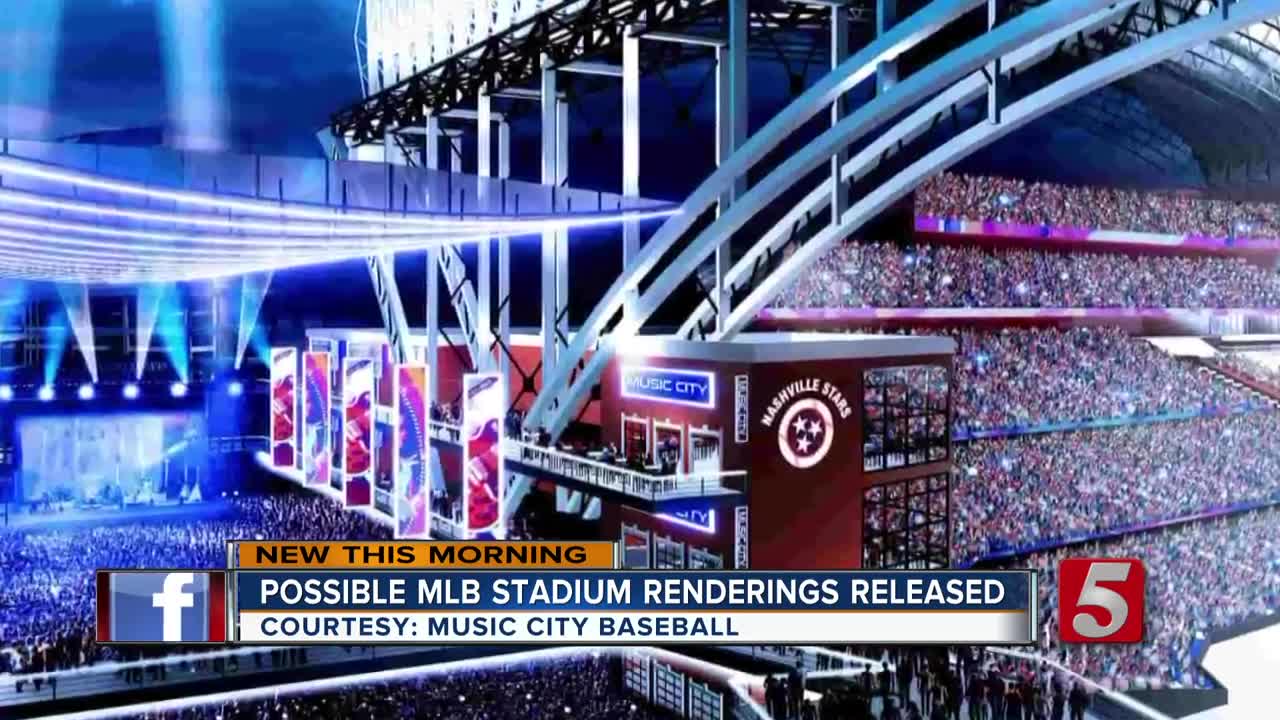 Music City Baseball is stepping up to the plate and releasing new renderings of a potential Major League Baseball stadium built just south of Nissan Stadium. 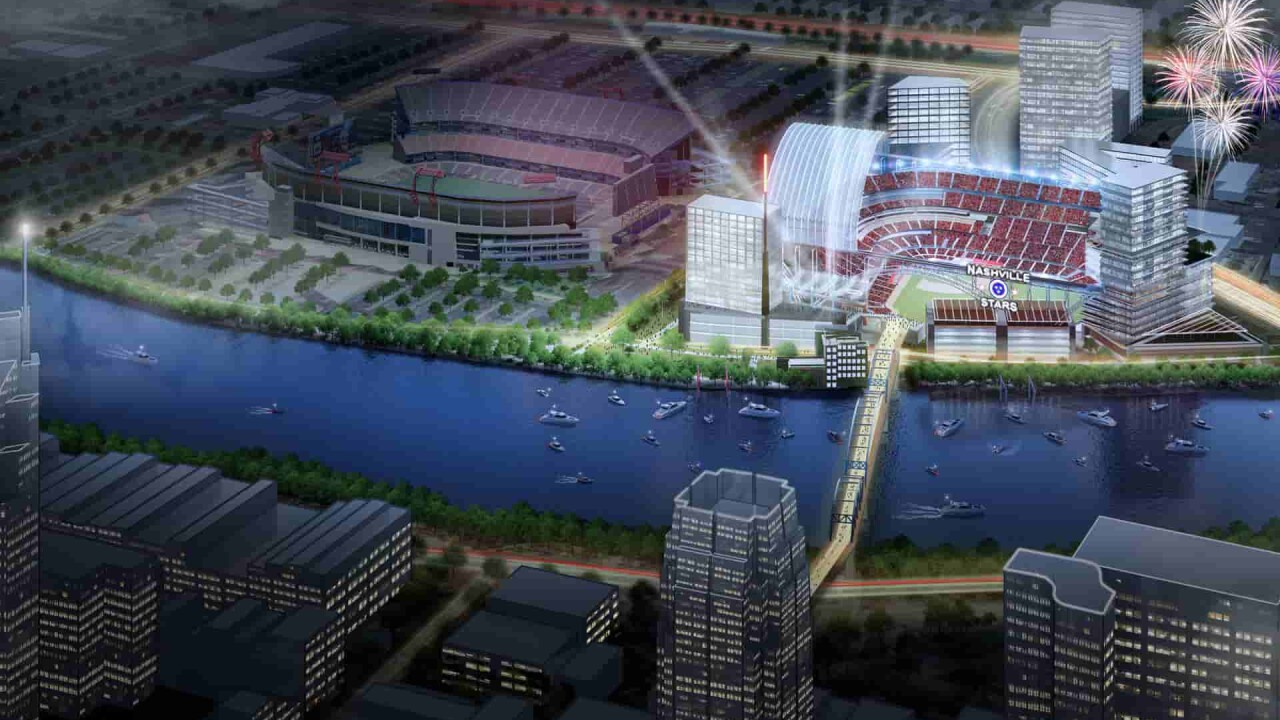 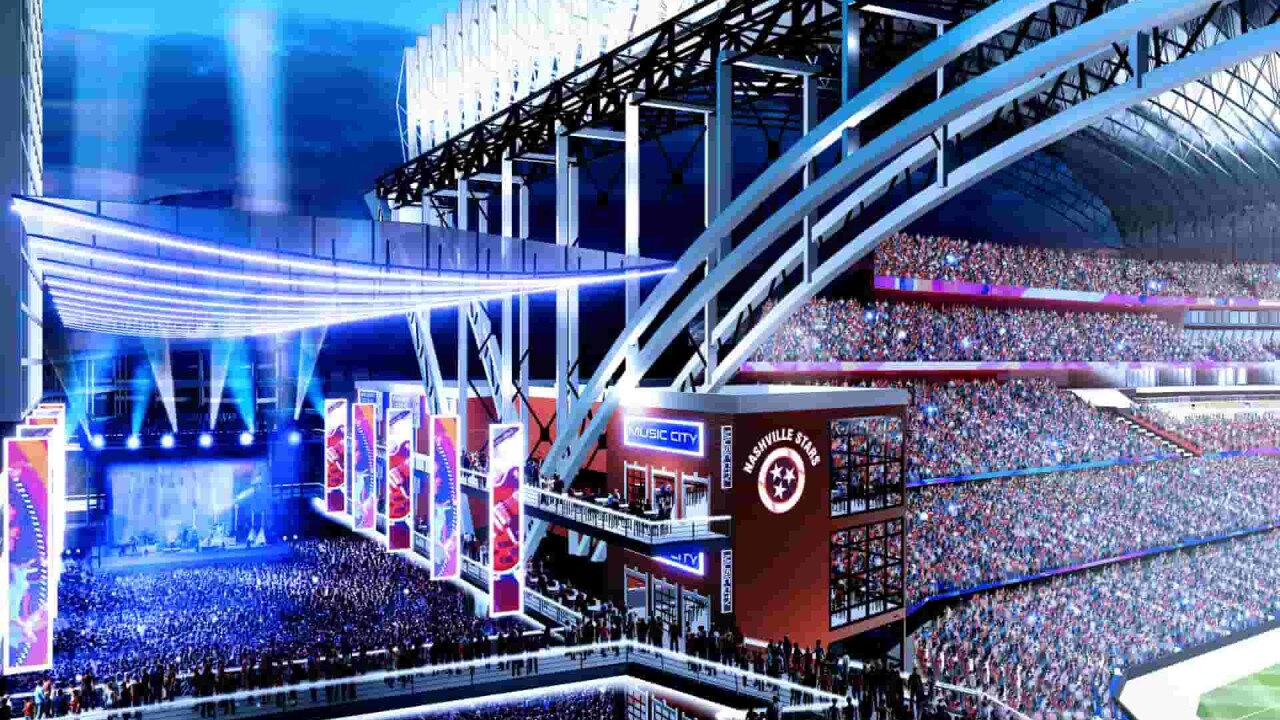 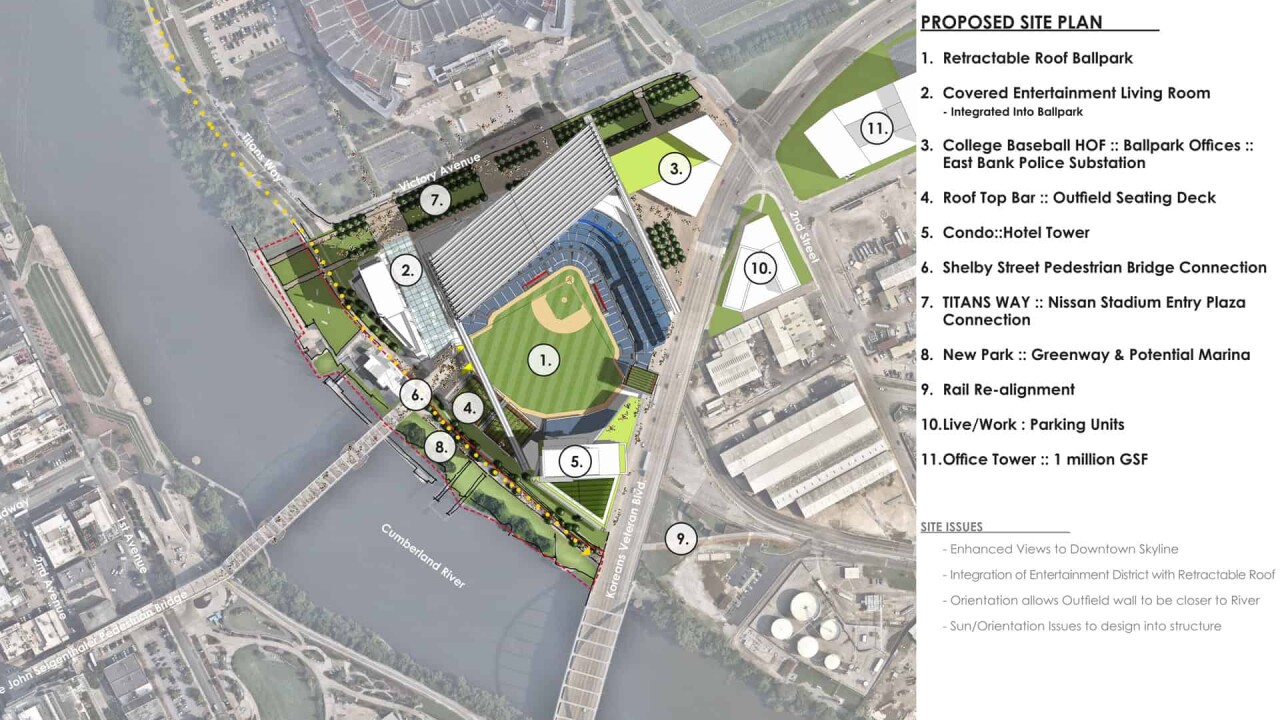 The east bank of the Cumberland River may look a lot different in a few years if one group gets their way. Music City Baseball is stepping up to the plate and releasing new renderings of a potential MLB stadium built just south of Nissan Stadium in Nashville.

The group has been working for months to persuade the city of Nashville, along with the MLB, to expand the league to Music City. In the summer of 2018, the MLB Commissioner mentioned Nashville as a possible expansion city.

The new renderings propose that a baseball field be built just south of the multi-purpose Nissan Stadium. The area is currently a huge parking lot. The stadium would have a retractable roof, a potential marina, a rooftop bar, and condos and hotels nearby.

There would be some changes to the pedestrian bridge if the plan came to fruition. The renderings show the bridge stopping at the baseball stadium.

If awarded a baseball team, the group said it will be called the Nashville Stars. According to the group's website, the name "honors several Negro Leagues baseball teams that played games in Nashville prior to the integration of Major League Baseball."

Music City Baseball is hoping to have a team in Nashville by 2024. To do that, it has a long list of things to accomplish. Those items are listed on their website. They include commissioning a feasibility study to determine whether Nashville can support an MLB team. It's unclear when that'll happen.

This story was originally published by Mo Haider on WTVF.