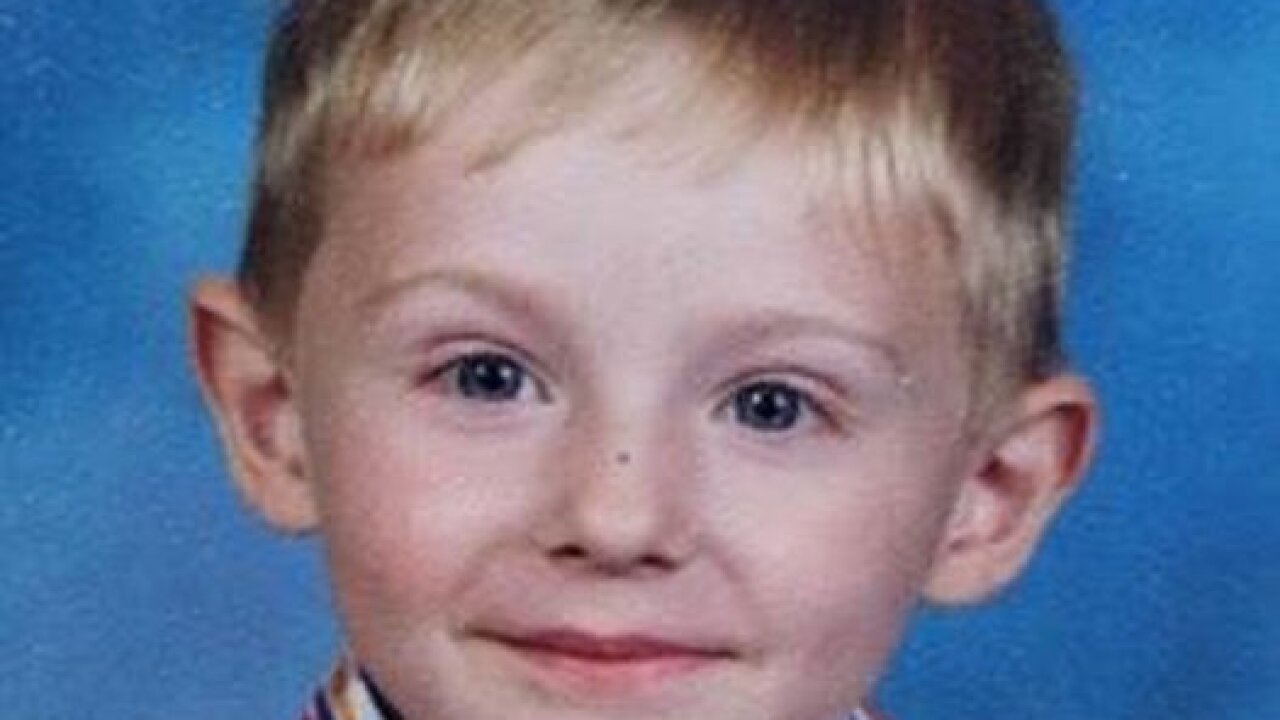 © 2018 Cable News Network, Inc.
Gastonia Police Department
<p>The death of a missing six-year-old boy with autism whose body was found in a North Carolina creek in September has been classified as a "probable drowning," according to an autopsy report from the Mecklenburg County Medical Examiner.</p>

The death of a missing six-year-old boy with autism whose body was found in a North Carolina creek in September has been classified as a "probable drowning," according to an autopsy report from the Mecklenburg County Medical Examiner.

Maddox Ritch went missing while on a walk with his father at a Gastonia park on September 22. In an extensive search, authorities used dogs, drones and sonar, and partially drained an 80-acre lake to better see its shoreline.

Maddox's body was found five days later in a creek about a mile east of Rankin Lake Park, where he was last seen with his father and a friend, authorities said.

"The findings are not inconsistent with drowning," the medical examiner's report said. "In conjunction with investigative information at this time, which gives no indication of other than an accidental drowning, it seems reasonable to conclude that the likely cause of death is drowning."

The body was partially submerged in 2 to 3 feet of water. The area, thick with underbrush, had been searched numerous times.

"We appreciate everyone's patience and support while we worked to uncover every piece of evidence available to bring our death investigation to this conclusion," Gastonia Police Chief Robert Helton said in a statement Thursday, adding that no criminal charges were expected to be filed in connection with the death.

"I ask for continued prayers for Maddox's family and everyone touched by this child's tragic death."

Maddox's father, Ian Ritch, said in late September that he and a friend were walking when his son ran ahead, likely triggered by a passing jogger. Maddox was about 25 to 30 feet away when he broke into a sprint, Ritch said.

Ritch said he "was giving him just a little leeway, freedom" but he had a clear view of his son. Maddox often would run ahead but let him catch up, Ritch said.

"I couldn't catch up with him. I feel guilt for letting him get so far ahead of me before I started running after him," Ritch told reporters.

The FBI became involved in the case, with investigators waiting to determine the cause and manner of death, as well as the boy's exact movements. At the time, authorities pleaded for anyone with information to come forward.

In an emotional Facebook post after the discovery of his son's body, Ritch wrote: "I had big plans with my son. I wanted us to go fishing play ball go camping. I wanted to be his hero. I wanted him to say I was more than superman or batman to him. I wanted people to ask him who his hero is and him say my daddy. Now I'm no hero I couldn't save him or protect him at all. I would give anything to go back and save him."