Mexico threatens legal action against US after El Paso shooting 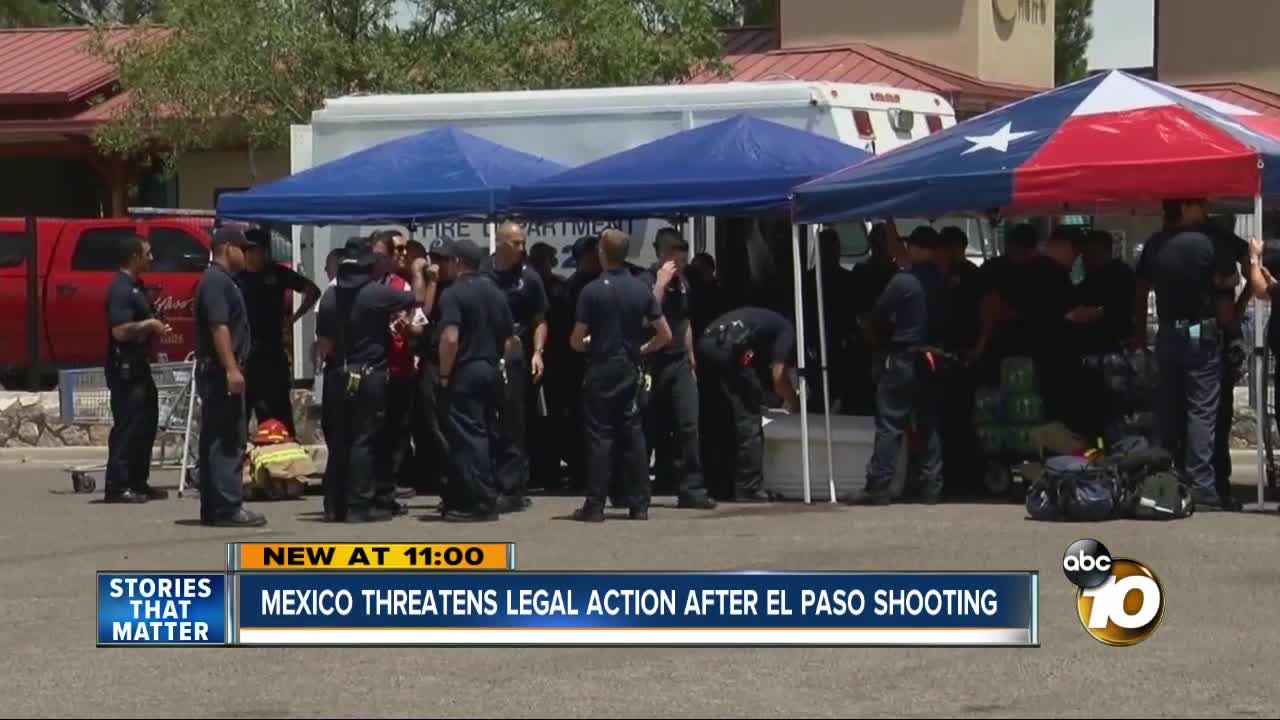 The government of Mexico is threatening to sue the United States after the shooting in El Paso.

(KGTV) – Mexico’s government is threatening legal action against the United States in the aftermath of the mass shooting in El Paso, Texas.

In the Aug. 3 shooting at a Walmart store, at least 20 people were killed and 26 were injured. Among the dead were six Mexican nationals, with several others injured.

Mexico Foreign Minister Marcelo Ebrard responded to the act of “barbarism” in a Twitter video and promised his country would take action.

In the Twitter post, Ebrard said his government would look into whether there is enough evidence to have the accused gunman extradited to Mexico to face charges.

"I think that the gun issue coupled with the way in which Mexican migrants are being treated, as well as Mexicans in the US, I think it's something that they've basically had enough," said Perez.

Perez also pointed out that the U.S. would likely do the same if American citizens were in danger in other countries.

"I think Mexico has no choice, just like the U.S. would have no choice but to take action against a country that’s not protecting it’s visiting residents from another country," Perez added.

President Trump has not responded publicly to the threat of legal action.