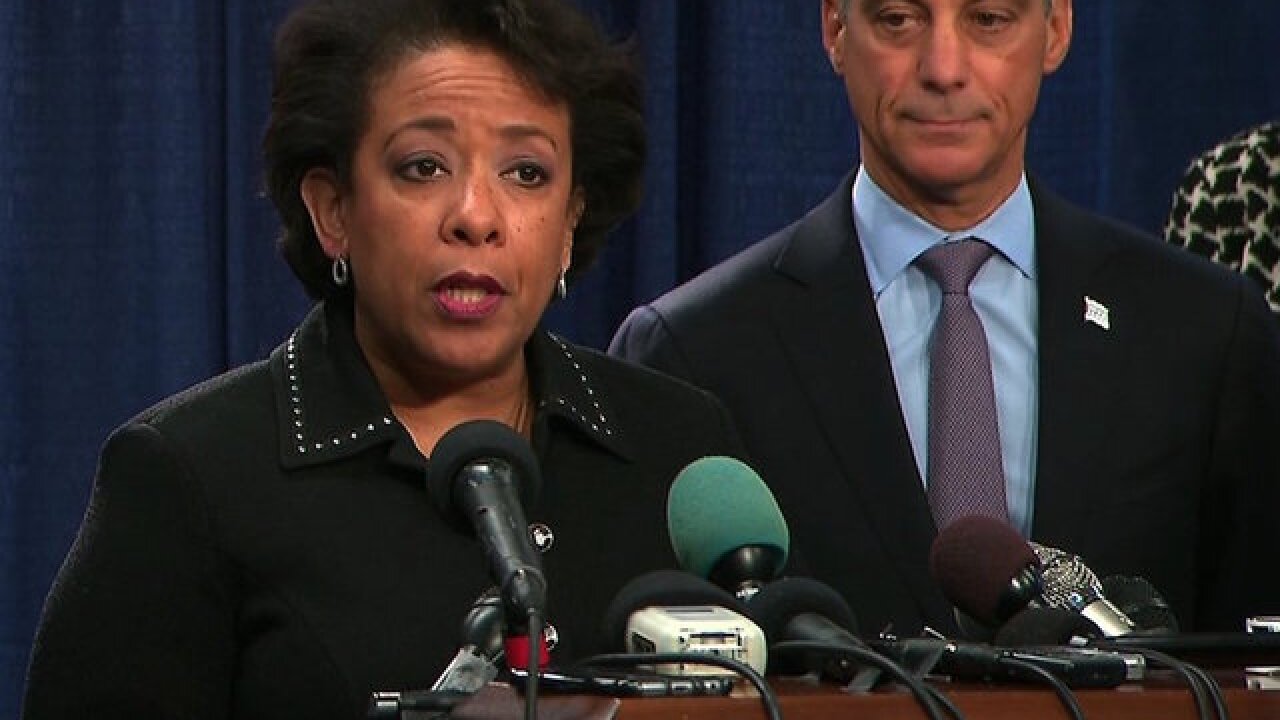 CNN
CNN
<p>There is reasonable cause to believe that the Chicago Police Department engages in a pattern of excessive force, US Attorney General Loretta Lynch said in Chicago Friday, citing a 13-month Department of Justice investigation.</p>

Loretta Lynch, former President Barack Obama's attorney general who has long been a target of Republicans, is scheduled to meet with Capitol Hill investigators next week as part of the Russia inquiries, according to sources briefed on the matter.

Lynch is expected to voluntarily meet next week with both the House and Senate intelligence committees and could also meet with the Senate judiciary committee, sources said.

Lynch is the latest Obama official who will be questioned by Congress as multiple committees try to assess how Russia meddled in the election, whether there was any collusion with the Trump campaign and whether the Obama administration did enough to thwart the Russian efforts. Samantha Power, Obama's ambassador to the United Nations, is scheduled to testify before the House intelligence committee on Friday in a closed session, multiple sources say.

Lynch, who became Obama's attorney general in 2015, will undoubtedly be questioned about her handling of the Hillary Clinton email investigation while attorney general. She has been scrutinized over her meeting on a Phoenix airport tarmac in June 2016 with former President Bill Clinton while the investigation was ongoing.

The impromptu meeting came while Hillary Clinton was still under investigation by the FBI for using a private email server to store government documents while secretary of state, and it lead to charges about the department's impartiality.

The following month, then-FBI Director James Comey took the unusual step of holding a news conference to say the Clinton investigation had concluded without charges but that Clinton was "extremely careless" in her handling of sensitive materials.

Comey testified to the Senate judiciary committee in May that Lynch's meeting with Bill Clinton made him feel the Justice Department could not "credibly complete the investigation" and that's why he spoke publicly.

Comey told the Senate intelligence committee in June that Lynch had asked him to call the Clinton probe a "matter" rather than an investigation.

Lynch has said she regrets not realizing her meeting with Bill Clinton would be problematic and that it was "painful" it raised questions about the integrity of the Justice Department.

In addition to the intelligence panels, the Senate judiciary committee has also been interested in Lynch. The committee in June asked her to disclose any conversations with the Clinton campaign and the Democratic National Committee about the FBI's investigation into Clinton's private server.

Lynch would be among several Obama administration officials who have come before both the House and Senate intelligence committees as part of their investigations into Russia's election meddling. House Intelligence Chairman Devin Nunes is also investigating "unmasking" — revealing the identities of Americans who were communicating with foreign officials under surveillance by the US intelligence community — of Trump campaign officials by the Obama administration during the transition, which he and other Republicans say was politically motivated.

Power is expected to be questioned about the unmasking matter, but her aides have said she has done nothing improper.