Jimmy Kimmel brings out his son to talk about health care 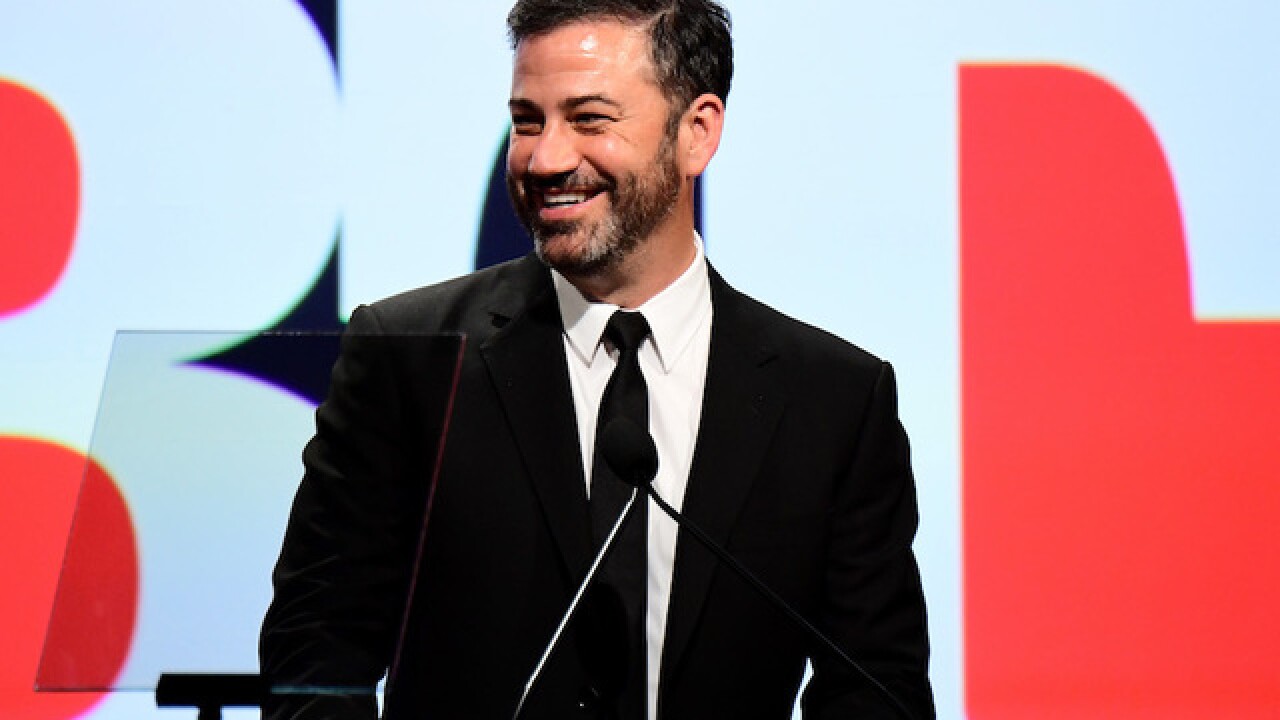 Late night audiences were given two Kimmels on Monday night.

"Hi, I'm Jimmy. This is Billy," Kimmel said holding his son, who was born in April with a serious heart issue. "He's fine everybody. He may have pooped, but he's fine."

As he choked up during the show, the host joked that "Daddy cries on TV, but Billy doesn't."

Kimmel thanked the guest hosts who filled in for him last week while he took time off to care for Billy.

And he praised the "very bright and talented doctors and nurses" at the Children's Hospital in Los Angeles who treated Billy and kids like him who, according to Kimmel, are having their health "especially threatened right now" because federal funding has run out for the Children's Health Insurance Program (CHIP).

The program covers about 9 million children whose parents usually earn too much to qualify for Medicaid, but not enough to afford private health coverage. More than a million lower-income children are at risk of losing their health insurance next year if Congress doesn't act soon.

Kimmel said CHIP is "not a partisan thing," noting that Democrats and Republicans "overwhelmingly" supported it until now.

The program has become a "bargaining chip," the ABC host said, and is "on the back-burner while they work out their new tax plans."

"Which means parents of children with cancer and diabetes and heart problems are about to get letters saying their coverage could be cut off next month," he said. "Merry Christmas, right?"

Some states are already starting to run out of funds -- and a few have begun notifying parents that benefits may end in coming months.

"What could be more disgusting than putting a tax cut that mostly goes to rich people ahead of the lives of children?" he asked.

"If these were potato chips they were taking away from us, we would be marching on Washington with pitchforks and spears right now," he said.

The host told his audience that he and Billy want them to call congress and tell their representatives to fund CHIP now.

Kimmel revealed in May in an emotional monologue that his son needed heart surgery a few days after he was born.

Following the experience, Kimmel has found himself at the center of the health care debate, discussing it on his show multiple times over the past few months.

"Billy is doing great, by the way. He has one more surgery," Kimmel said. "They say he'll probably on track to win at least a bronze medal in the Olympics in 2036."