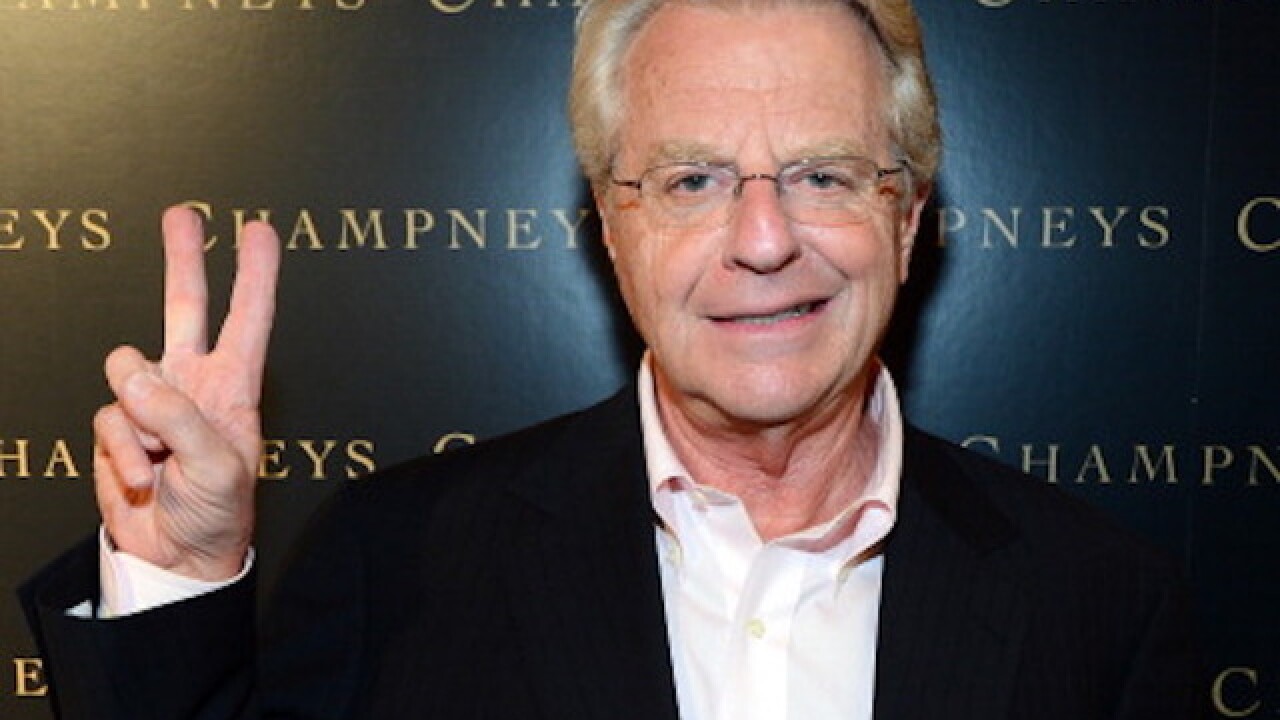 Jerry Springer will not run for governor of Ohio in 2018, he announced Thursday on his podcast.

"It's not something as a husband and a father and a grandfather that I can do at this point," the TV host and former Democratic Cincinnati mayor told Jene Galvin, his friend and podcast co-host.

Springer said that he came to the decision after Thanksgiving dinner with his family.

He also noted that if he were elected, he would take office just a month before his 75th birthday, and wasn't prepared for the five-year commitment of campaigning and governing.

In late May, Business Insider, citing more than half a dozen Democrats familiar with the race, reported that influential Ohio Democrats -- including former Ohio Gov. Ted Strickland and Hamilton County Democratic Party Chairman Tim Burke -- had pushed for Springer to run.

He told CNN in August he hadn't made a decision yet.

Springer, 73, previously considered running for US Senate in 2000 and 2004, but decided against it. In 1982, he ran for governor of Ohio, but was defeated in the Democratic primary.

He had previously attributed the rumors around his potential bid for governor to former reality TV star Donald Trump's successful White House run.

"I could be Trump without the racism," he told the Cincinnati Enquirer in February.