Iowa caucuses: Race remains too close to call between Sanders and Buttigieg 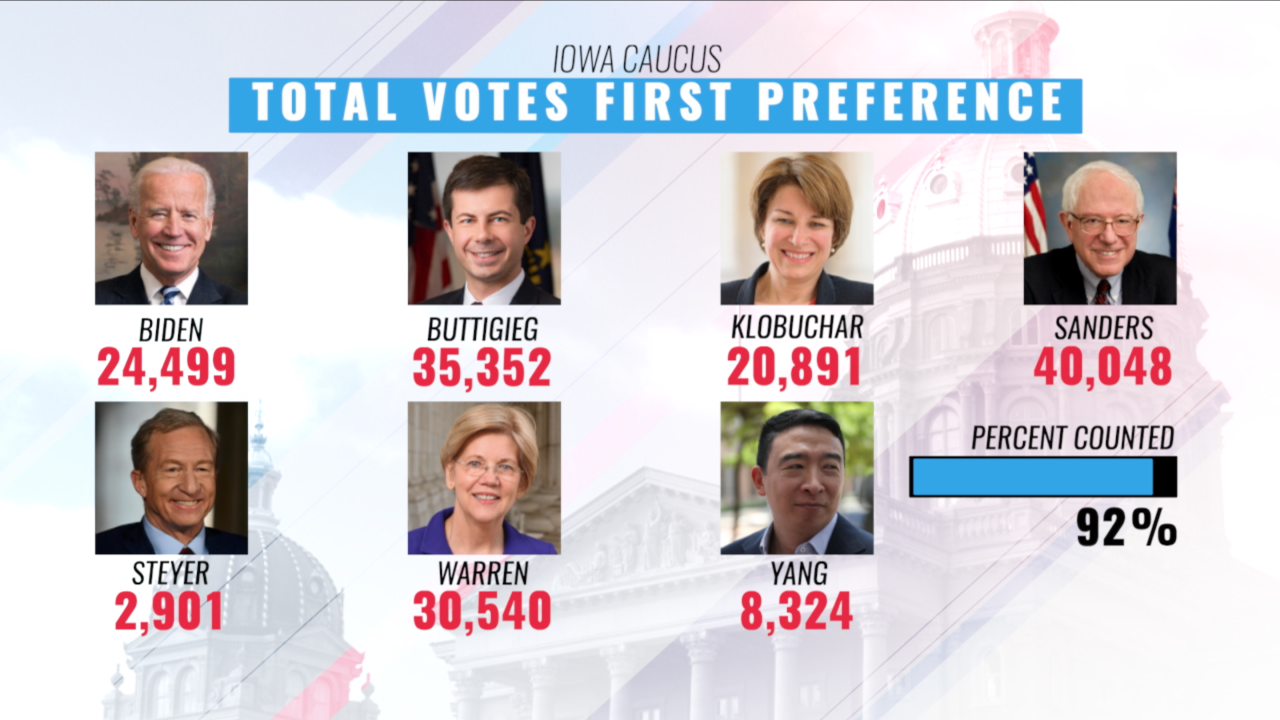 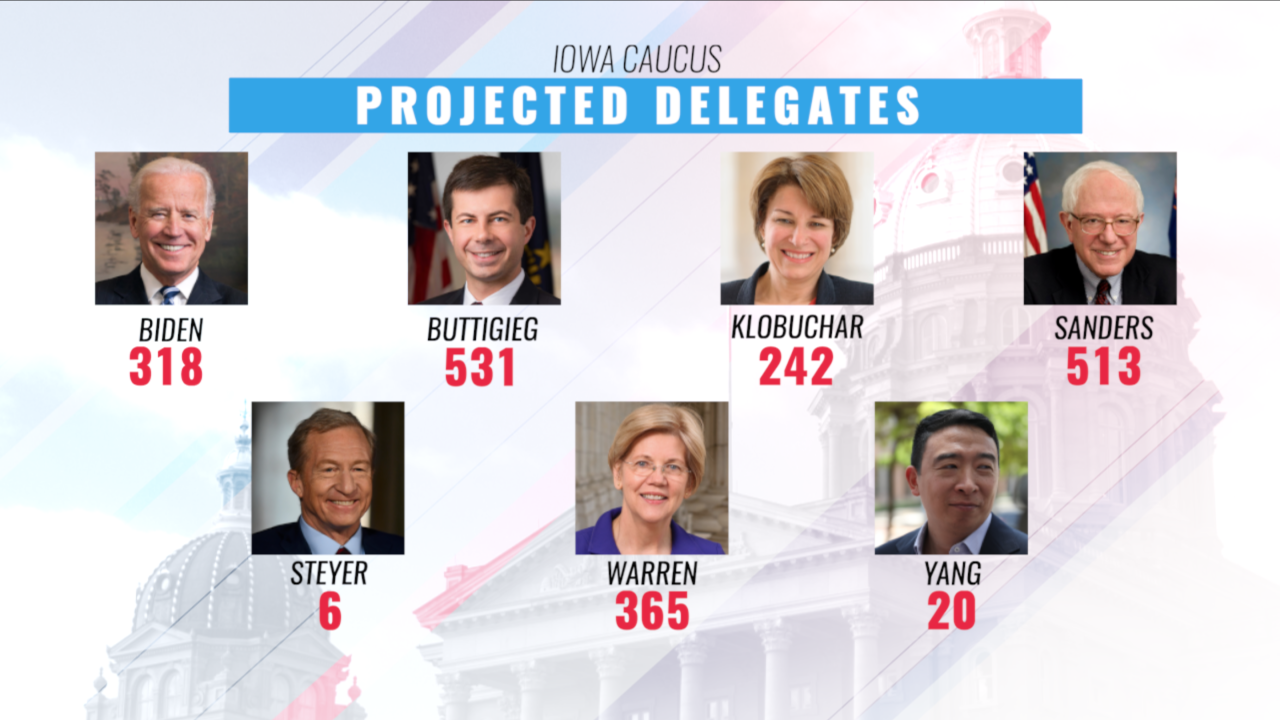 Elizabeth Warren and Joe Biden lag behind with 365 and 318 state delegates, respectively.

The results remain mostly constant to Tuesday afternoon's announcement when information from 62 percent of precincts was released.

There are 41 delegates up for grabs in the Iowa caucuses — the first delegates that will be awarded in the 2020 presidential race.

Iowa's Democratic Party (IDP) has struggled to report the results of Monday's caucuses due to what they say was a coding error in an app used to gather election data. The party says that after the app failed, it began its backup plan of counting paper records manually, which has taken longer than expected.

On Tuesday, IDP chair Troy Price apologized for the delay and maintained that the since-reported results are accurate. He also added that there is no evidence of a cyber-attack.