In protest of team's owner, majority of Houston Texan players kneel during anthem 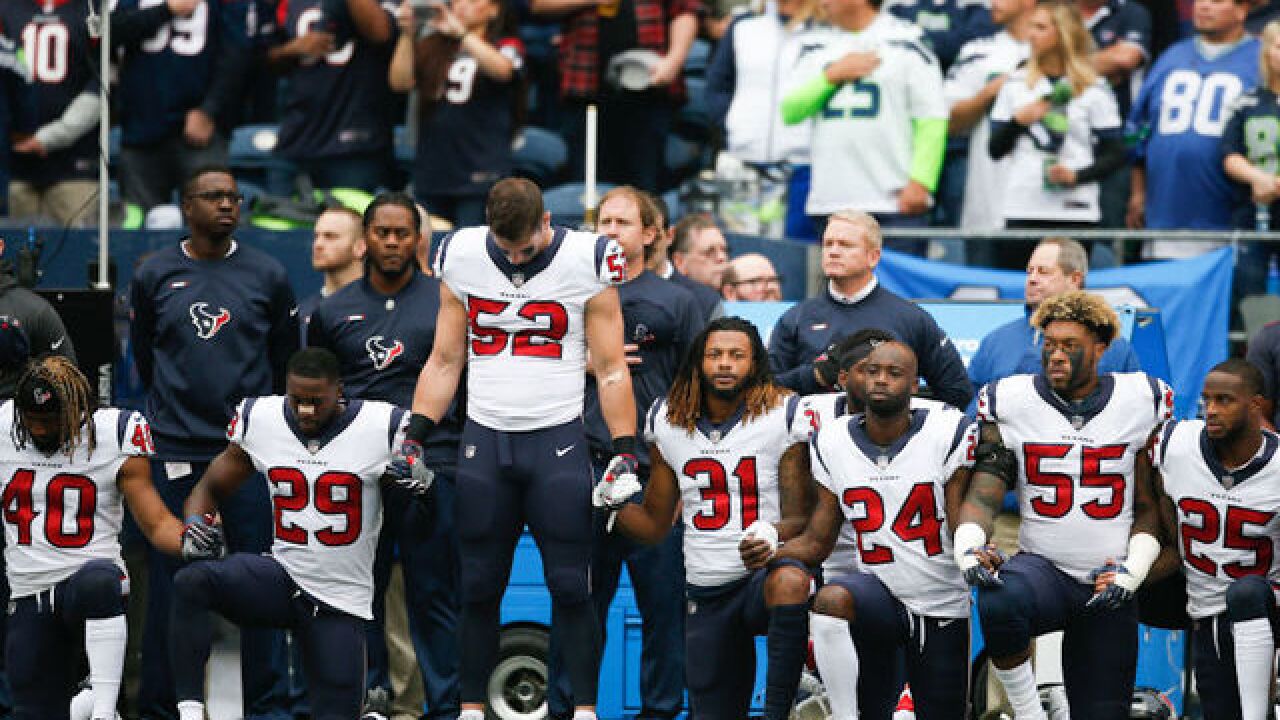 Copyright Getty Images
Otto Greule Jr
<p>SEATTLE, WA - OCTOBER 29: Members of the Houston Texans stand and kneel before the game against the Seattle Seahawks at CenturyLink Field on October 29, 2017 in Seattle, Washington. During a meeting of NFL owners earlier in October, Houston Texans owner Bob McNair said "we can't have the inmates running the prison", referring to player demonstrations during the national anthem. (Photo by Otto Greule Jr/Getty Images)</p>

McNair, who has since apologized for the comments, said that the NFL "can't have the inmates running the prison" for not punishing players who do not stand for the national anthem. According to the Houston Chronicle, roughly 10 players stood during the national anthem on Tuesday.

McNair reportedly made the comments last week during an NFL owner's meeting.

It appears that McNair's apology was not enough for some players.

The Chronicle reported that Sunday marked the first time that any Texans have kneeled during the national anthem this year, despite widespread protests among other players in the league.

The NFL has been caught in the middle of a battle between players wanting to express their displeasure over social issues versus political pressure from the White House, and some groupw..

The league-wide protests began early in the 2016 season when Colin Kaepernick decided to take a knee during the national anthem to protest police brutality and inequality against minorities. Although only a small minority of the league participated in such protests, President Donald Trump demanded players stand for the national anthem. Vice President Mike Pence even walked out of a Colts game earlier this month as part of a boycott against players taking a knee.