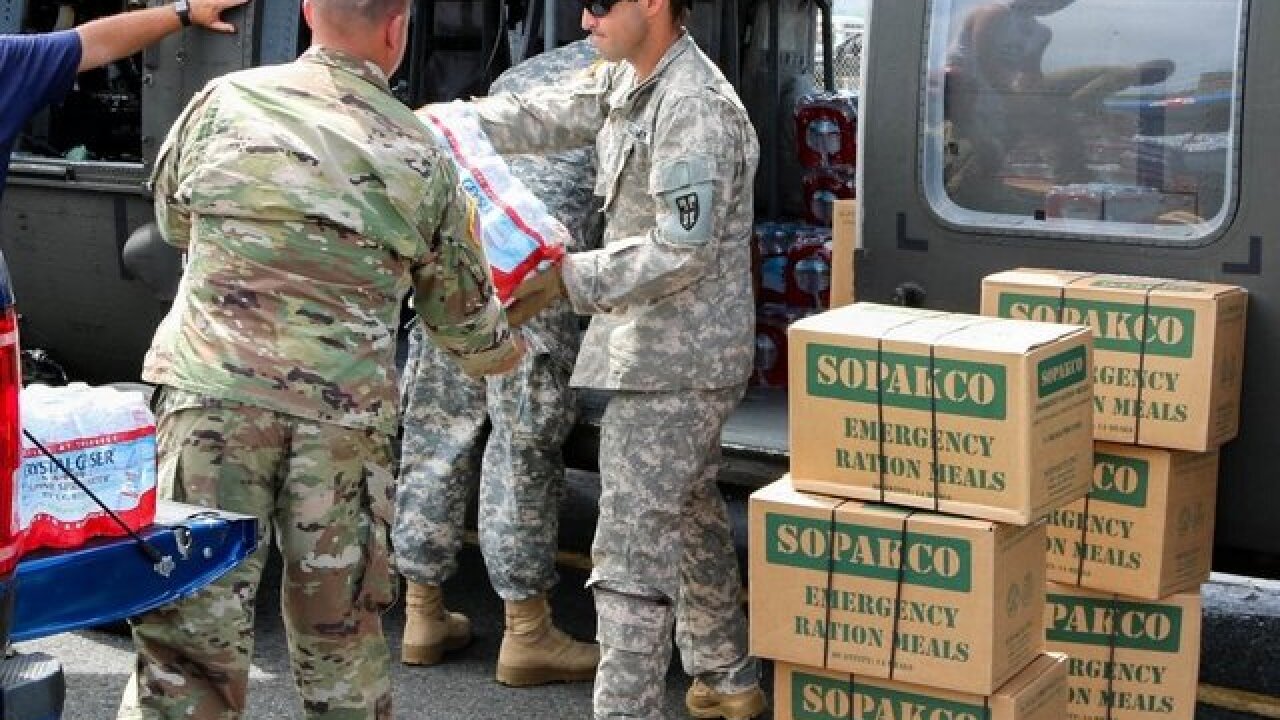 His comments -- in which he also blamed the beleaguered island for a financial crisis "largely of their own making" and infrastructure that was a "disaster" before the hurricane -- come as Puerto Rico still reels from a lack of electricity, public health access and a rising death toll.

"Puerto Rico survived the Hurricanes, now a financial crisis looms largely of their own making." says Sharyl Attkisson. A total lack of.....

...accountability say the Governor. Electric and all infrastructure was disaster before hurricanes. Congress to decide how much to spend....

...We cannot keep FEMA, the Military & the First Responders, who have been amazing (under the most difficult circumstances) in P.R. forever!

Trump's tweets come nearly three weeks after the hurricane, as the vast majority of the island remains without power and the death toll from the storm has risen to 45, authorities said.

At least 113 people remain unaccounted for, according to Karixia Ortiz, a spokeswoman for Puerto Rico's Department of Public Safety.

The recovery has moved slowly since Maria struck the US territory on September 20, leaving most of the island without basic services such as power and running water, according to residents, relief workers and local elected officials.

The visit comes as hospitals throughout the cash-strapped island of 3.4 million people have been running low on medicine and fuel. Some residents and local elected officials have said they expect the death toll to rise.

House Speaker Paul Ryan will lead a bipartisan delegation visiting Puerto Rico on Friday, according to the speaker's office.

Ryan will travel to the island with House Appropriations Chairman Rodney Frelinghuysen of New Jersey and Rep. Nita Lowey of New York, the top Democrat on the panel. Puerto Rico's sole representative in Congress, Jenniffer Gonzalez-Colon, and House GOP Conference Chairwoman Rep. Cathy McMorris Rodgers also will be part of the congressional delegation.

The House will vote Thursday on a disaster relief bill following a series of devastating hurricanes and massive wildfires that have ravished parts of the United States.

While the Trump administration requested $29 billion in supplemental spending last week, it asked for additional resources Tuesday night, including $4.9 billion to specifically to fund a loan program that Puerto Rico can use to address basic functions like infrastructure needs.

The bill stood at $36.5 billion as of Wednesday afternoon.

This story is developing and will be updated.