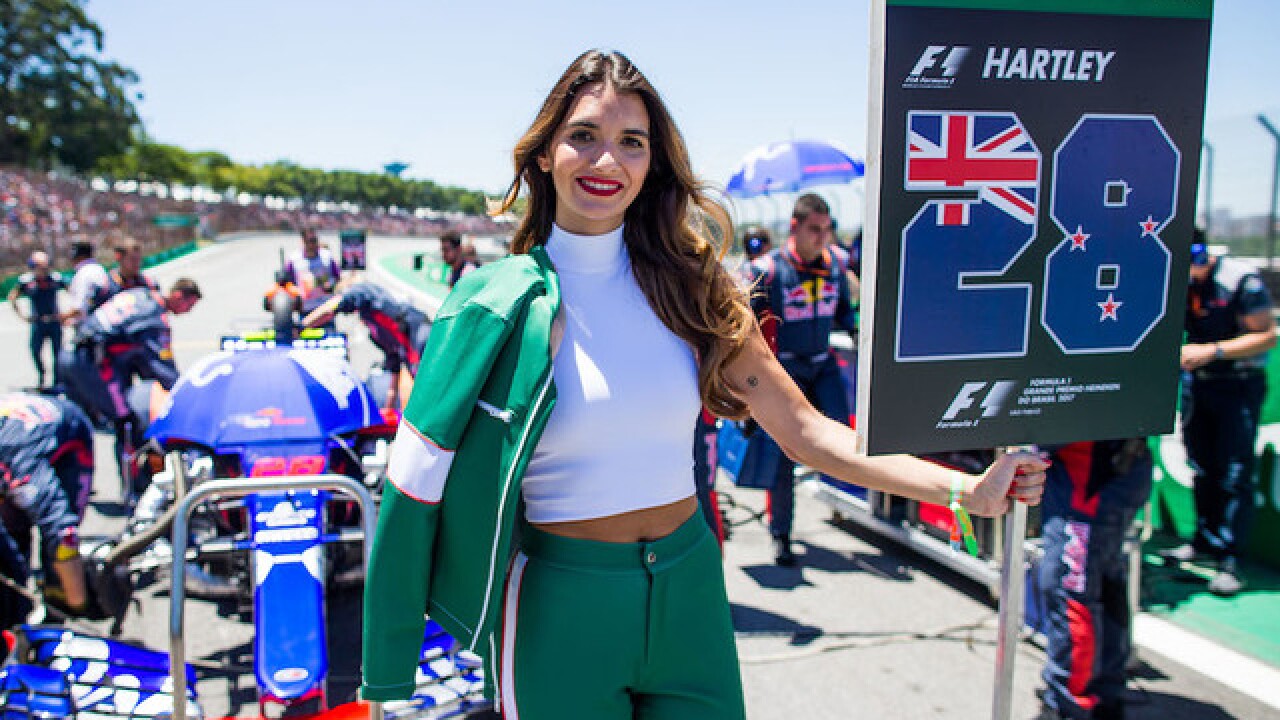 "Grid girls" are models who hold up signs during the races. The models often wear promotional material.

"While the practice of employing grid girls has been a staple of Formula 1 Grands Prix for decades, we feel this custom does not resonate with our brand values and clearly is at odds with modern day societal norms," said Sean Bratches, managing director of F1's commercial operations, in a statement released by Formula 1. "We don't believe the practice is appropriate or relevant to Formula 1 and its fans, old and new, across the world."

The Formula 1 season begins on March 25 with the 2018 Formula 1 Rolex Australian Grand Prix in Melbourne, Australia.

The announcement was met with applause in several circles.

Thank you @F1 for deciding to stop using grid girls. Another sport making a clear choice about what they want to stand for:
“We feel this custom does not resonate with our brand values and clearly is at odds with modern day societal norms.” https://t.co/Rrwxf5VcjY