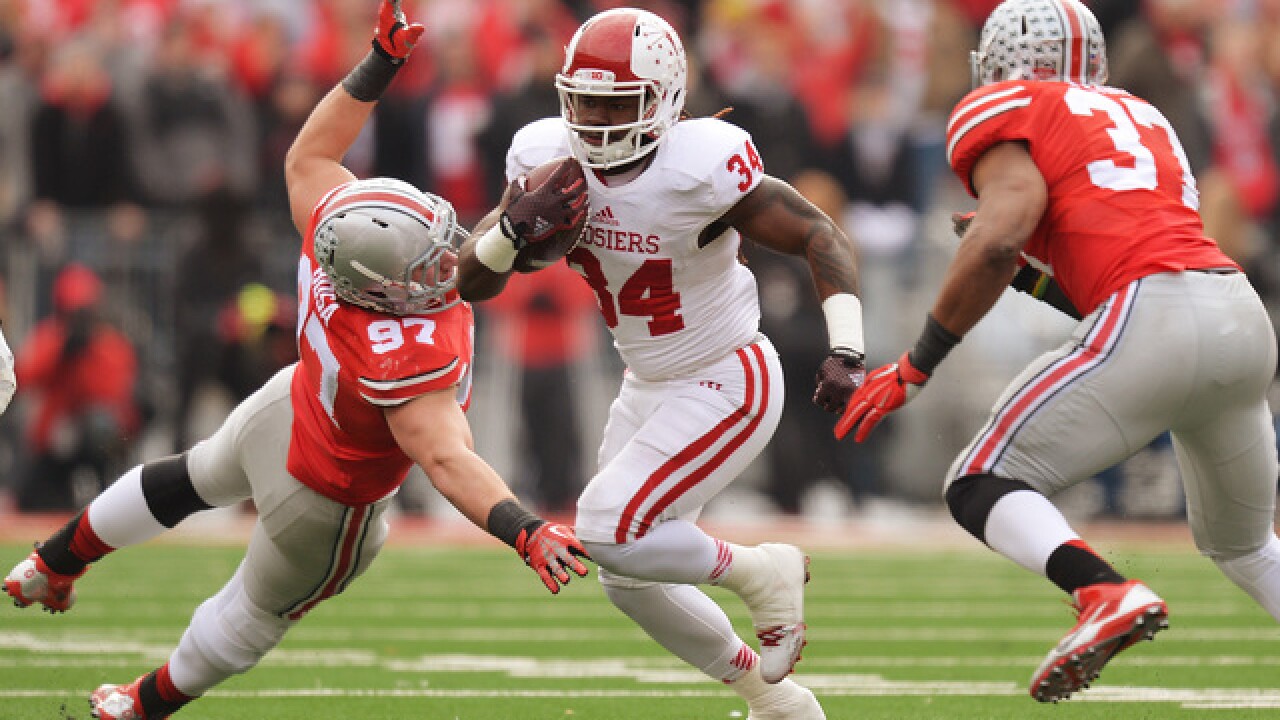 Image copyright 2018 Getty Images. All rights reserved. This material may not be published, broadcast, rewritten, or redistributed.
Jamie Sabau
<p>COLUMBUS, OH - NOVEMBER 22: Devine Redding #34 of the Indiana Hoosiers picks up yardage in the second quarter between the defense of Joey Bosa #97 of the Ohio State Buckeyes and Joshua Perry #37 of the Ohio State Buckeyes at Ohio Stadium on November 22, 2014 in Columbus, Ohio. (Photo by Jamie Sabau/Getty Images)</p>

CLEVELAND — A former Ohio State University linebacker is asking people who are protesting Nike's decision to use Colin Kaepernick as the new face of its campaign by burning their shoes and activewear to donate them instead.

In a series of tweets, Joshua E. Perry asked those who feel the urge to burn perfectly good Nike gear and shoes to not destroy them.

To all of the jerks destroying there @Nike wearables- you’re missing a wonderful opportunity here. You could easily take your newly unwanted items and donate them to people who would appreciate them. Because destroying your still doesn’t create social change either folks!

Perry who called those destroying their clothing and shoes "jerks," clarified his statement by saying they're not jerks for their opinions, but for ruining products that could be donated to people who could really use them.

He mentions how many children will go to school this fall with battered, worn shoes and clothes that don't fit.

Perry asks anyone who is willing to donate gently used items, even ones that are not Nike brand, to send them to his address at:

After Nike announced Kaepernick would promote the 30th anniversary of its "Just Do It" campaign, people who were upset by the move started destroying anything with a Nike symbol.

While Nike has received a lot of criticism, others have come out in support.

After seeing Nike's announcement that names Kaepernick the face of the "Just Do It" campaign , venture capitalist Arlan Hamilton bought a pair of Nike shoes.