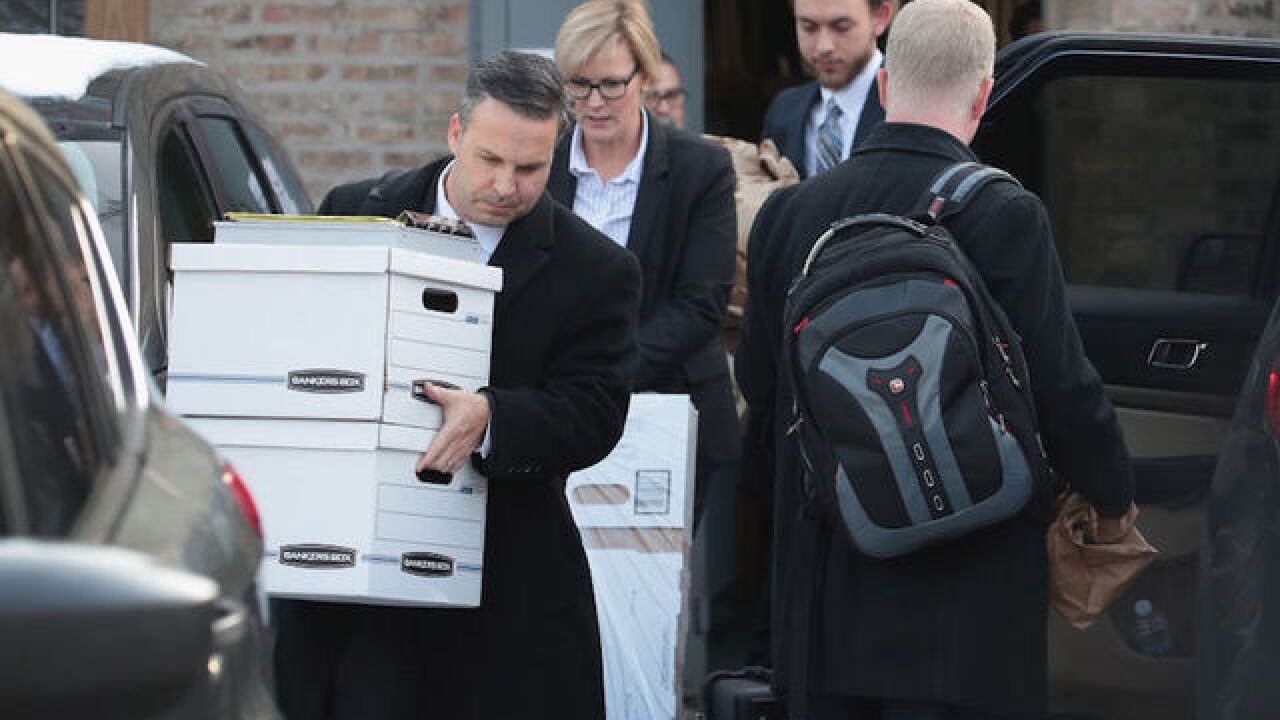 CHICAGO — Brown paper covered the windows of Ed Burke's office at Chicago City Hall on Thursday after federal agents showed up there.

Klafter & Burke, his firm, has often sought to reduce the property taxes Trump Tower and other commercial properties have to pay.

The visit from federal agents was unannounced, and it has not been said why they might be there. Upon their arrival, everyone in the office was asked to leave, witnesses told WLS television station in Chicago.

Burke has served on Chicago's city council since 1969.

NOW: Brown paper sheeting covering the doors of Alderman Ed Burke’s office. It seems Feds are inside. But doing what? ⁦@ABC7Chicago⁩ pic.twitter.com/VmPXXz5hWC